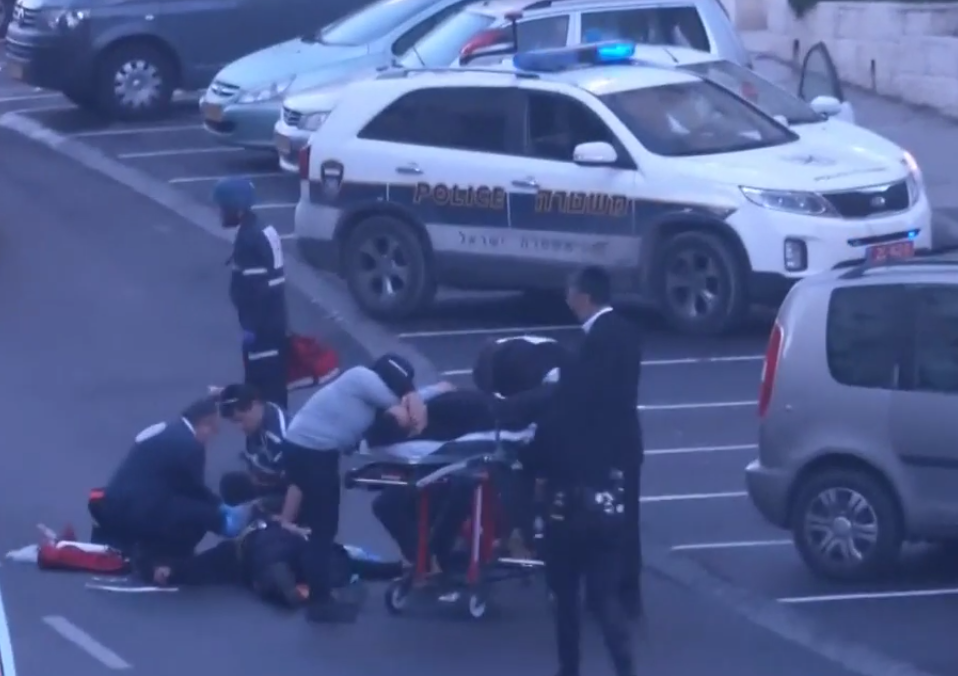 The scene of Tuesday's terror attack on a synagogue in the Har Nof neighborhood of Jerusalem. Credit: Wikimedia Commons. 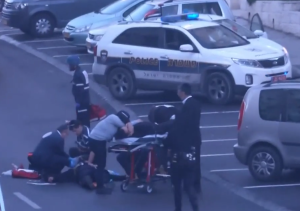 The scene of Tuesday’s terror attack on a synagogue in the Har Nof neighborhood of Jerusalem. Credit: Wikimedia Commons.

Prime Minister Benjamin Netanyahu convened an emergency security meeting at his office, saying that Israel “will respond with a heavy hand to the brutal murder of Jews who came to pray and were met by reprehensible murderers.” Netanyahu blamed Palestinian Authority President Mahmoud Abbas for inciting the violence that led to the attack.

“This is the direct result of incitement being led by Hamas and Abbas, incitement which the international community is irresponsibly ignoring,” Netanyahu said.

U.S. Secretary of State John Kerry also focused on incitement in his reaction to the attack. He said that the Palestinian leadership “must begin to take serious steps to restrain any kind of incitement that comes from their language, from other people’s language, and exhibit the kind of leadership that is necessary to put this region on a different path.”

Rasan and Oudai Abu Jamal, two Arab terrorists from eastern Jerusalem, attacked worshippers inside the synagogue with butcher knives, axes, and guns, killing four people. The terrorists were then killed in a shootout with police. The Israel Police reported that the terrorists were affiliated with the Popular Front for the Liberation of Palestine.