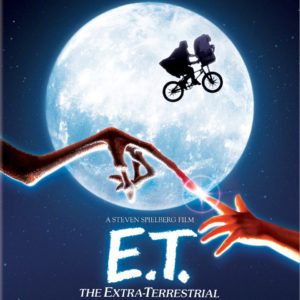 I’m in love, and have been for a long time.

It’s a relationship filled with laughter, tears, intrigue, and surprise. It was love at first sight, back when I was a little girl—with an extra-terrestrial that longed to go home.

From then on, that love has never wavered, and isn’t reserved for one, but for oh so many—Ferris Bueller, Annie Hall, Tootsie, Harry and Sally, Marty McFly, Atticus Finch, Danny Zuko, Yentl, that little dog Toto, Mrs. Doubtfire, and so many others.

Yes, I’m in love with the movies.

What’s better than settling into a crowded movie theater on opening weekend, $14 buttered popcorn wafting through the air, the larger-than-life screen, booming sound, and darkness enveloping us? Our daily worries melt away, and we’re swept into another world for two-plus hours.

Sometimes movies are meant purely for escape, and other times their stories change the way we think about our own lives—our real-life dramas and comedies. At best, movies make us think, feel, connect, love, and even reach for greatness.

Every winter—culminating with the Oscars airing this Sunday night—I cram in as many movie nominees as I can. In the last three months, I’ve watched a British mathematician break the Nazi code, witnessed peril through the eyes of a Navy SEAL sniper in Iraq, seen a boy blossom into a man over 12 actual years, marched on Selma, climbed inside the genius brain of Steven Hawking, hiked the Pacific Crest Trail, meandered “into the woods,” and more.

We Jews, as a people, tend to love the movies, and we’re represented in so many interesting ways on film and behind the scenes.

In 2011, Tablet Magazine compiled its list of the top 100 Greatest Jewish Films of all time. For the magazine’s staff to pick their favorites, they first asked themselves one crucial question: What the heck is a Jewish film? And since there’s really no formula for defining a “Jewish film,” they decided to think about their picks in terms of a broad definition of Jewishness—movies based on the identity of its creators, overarching Jewish themes, films that have a big influence on pop culture, and movies that simply possess a Jewish sensibility about them. Their list was eclectic, and included everything from “The Jazz Singer” to “The Wedding Singer.”

But their top choice for the best Jewish film might surprise you. They picked—drumroll please—“E.T. the Extra-Terrestrial,” the story of the little alien who made me fall in love with movies all those years ago.

Of course, the movie, one of the highest-grossing films ever, was directed by one of our greatest Jewish filmmakers, Steven Spielberg. But there’s more to it: “E.T.,” Tablet said, tells the story of a bewildered alien in a strange land, a metaphor for an immigrant’s tale. The film’s themes of home, love, family, friendship, and enchantment, according to the magazine, make it a beautiful choice for the quintessential Jewish movie.

Of course, any film school professor worth her salt would find it great food for thought to think about what makes a film Jewish or even what makes a decent film in general.

But the joy of movies, to me, doesn’t have to be proven like a mathematical equation. It’s really that je ne sais quoi quality that moves us to an almost transcendent place—that mystical, magical feeling that lingers with us long after the last frame ends.

No, we can’t always define what it is about movies that speak to us. All we know is—just like that sweet little Reese’s Pieces-eating alien—we love them.

– Cindy Sher is the Executive Editor of Chicago’s JUF News.