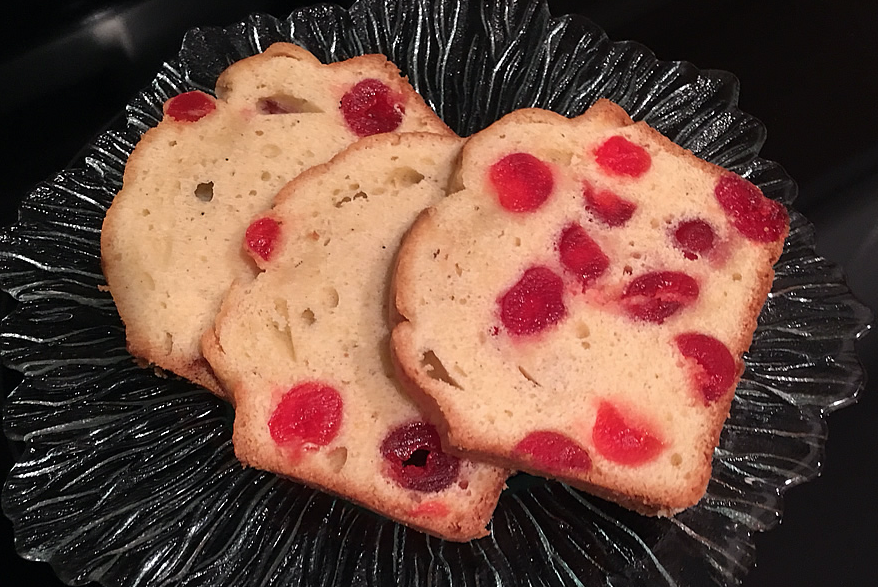 Diet, be damned! I’ll bake, serve and savor every morsel of my mother’s buttery cakes. Memories, unbidden, flash through my mind; I’m transported to my mother’s Shetland Island kitchen. My mother, Jean Greenwald, called them “keepin’ cakes”. She was probably influenced by the extensive make-ahead baking that Scots do in preparation of Hogmanay (the riotous ScottishNew Year’s Eve celebration). Rich, buttery (and a different oil of sorts), and studded with dried fruits and spices, they were baked in advance, and tightly wrapped ands tored.

These”keepin’ cakes” won my mother the highest compliment: “a superb baker.”On our island home, doors were never locked. Friends and neighbors would drop in unannounced, especially during the eight days of Hanukkah. They were sure of a welcoming pot of tea, kept warm under a padded tea “cosy” (cover) and a luscious variety of Jean Greenwald’s “keepin’ cakes.” Tea, cakes and gossip, repeated every afternoon in our bright, warm kitchen.

At these teatimes, my mother never failed to tell the story of the biblical Judith, who fedHolofernes, the enemy general, enormous quantities of cheese (possibly a smooth rich ricotta or cream cheese that slips down easily), then plied him with copious drafts of heavy red wine to quench his resulting thirst. As planned, he fell into a stupor so deep that he was quickly beheaded by Judith. Without their leader, the enemy fled, and Judith’s town was saved. Her bravery is said to have inspired JudahMaccabee and his followers to clean and re-dedicate the sacred Temple in the second century BCE.

Although my mother’s “keepin’ cake” custom originated many years ago, the bake and store-ahead method fits in admirably well with contemporary frantic schedules. Rich in butter, this cake can be stored three to four days before serving. Wrap and store in a cool, dry place; the day of serving, bring to room temperature. All of these cakes may be frozen, removed from the freezer about four to six hours before serving.

*No need to use a heavy Mixmaster, which I’ve relegated to the basement (just in case one far-off day I should need it.) A hand-held electric mixer does the job, and it’s easy to clean.

*For fail-safe turnout, line the bottom of baking pans with wax paper after spraying with nonstick baking spray.

*To soften butter, cut into six or seven pieces. Leave in a covered bowl at room temperature overnight.

*Toss with 2 teaspoons flour to avoid sticking and dropping to bottom of cake.

*In a pinch, use vanilla extract instead of almond.

2. Line the bottom of a medium-size loaf pan(8½ x 4½ x 2½ inch) with wax paper. Spray bottom and sides of pan with nonstick cooking spray with flour. Toss the cherries with 2 teaspoons of the flour. Set aside.

3. In a medium bowl, beat the butter, sugar and almond extract until pale, 1-2 minutes. Add the eggs, one at a time, along with about ¼ cup of the flour. Mix well.

4. Add the baking powder, allspice or nutmeg, and the remaining flour, gradually mixing to blend. Using a wooden spoon, fold in the cherries. Transfer mixture to prepared loaf pan, smoothing the top with a spoon.

5. Bake in preheated oven for 50 minutes or until risen, golden and a toothpick comes out clean when inserted in center. Cool completely before wrapping. 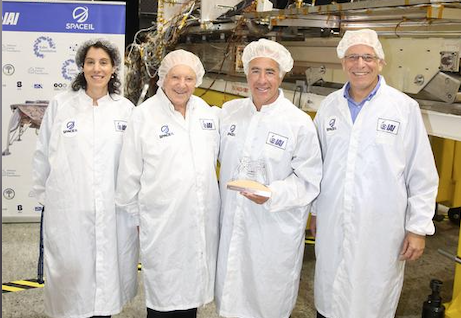