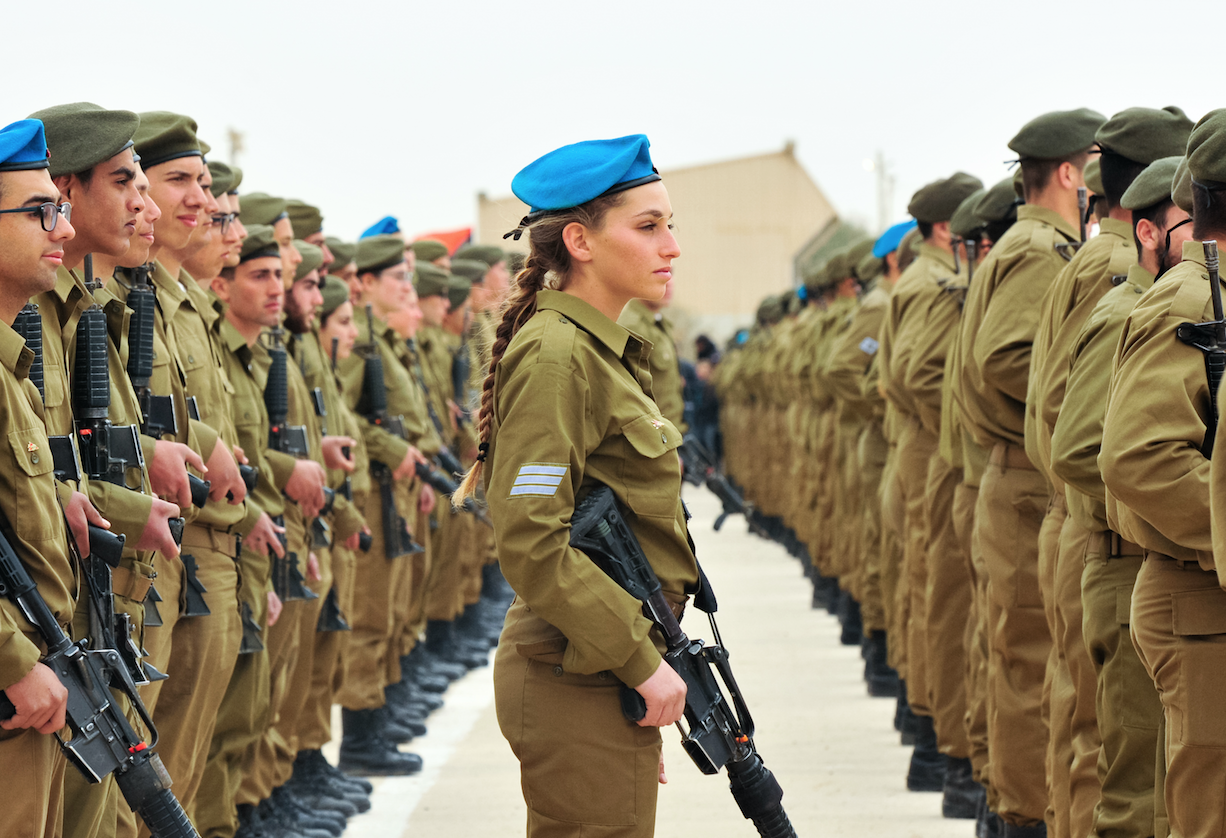 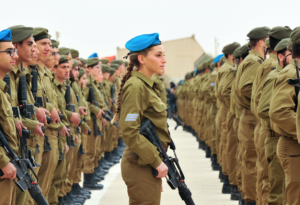 For Jews the world over, Israel remains central to their very identity, and inspires the hopes and dreams of the Jewish people. Every day, the brave men and women of the Israel Defense Forces (IDF) put their lives on the line to protect those hopes and dreams, and the Friends of the Israel Defense Forces (FIDF) is in turn devoted to helping these defenders of the Jewish homeland with educational and wellbeing support.

The IDF’s central mission is: “To defend the existence, territorial integrity, and sovereignty of the state of Israel. To protect the inhabitants of Israel and to combat all forms of terrorism which threaten the daily life.” No organization has played such an important role in ensuring that IDF soldiers are cared for while carrying out their crucial tasks quite like FIDF, which since 1981 has been at the forefront of supporting Israel’s brave soldiers as they protect the Jewish homeland.

Celebrating 70 Years of Heroes and Hope

This year, to celebrate Israel’s 70th year of independence, FIDF will honor seven decades of heroes and hope as it brings together the community for the San Diego Annual Gala on Nov. 10 at the Hilton Bayfront San Diego, and for the Orange County Annual Gala on Nov. 11 at the Hotel Irvine. Local Holocaust survivors are expected to join FIDF supporters, as well as several IDF soldiers.

Since the Jewish state’s inception in 1948, the relationship between the United States and Israel has only grown stronger, into the unbreakable bond that binds the two countries today. FIDF, through its support for Lone Soldiers — those who leave their native countries to join the IDF and serve with no immediate family in Israel — lies at the core of that connection.

“When you make Aliyah to serve in the IDF, you have to pick up your whole life and move to a foreign land, try to learn a new language, and be thrown into a completely different culture, all while dealing with the added stress of the army,” said Ari Zwiren, a former Lone Soldier from Orange County. “To know that back in America there are people who truly believe in the mission as well and support us in it makes all the difference.”

The growing Lone Soldier phenomenon is the most treasured link between Jewish communities in the United States and those in Israel. Each Lone Soldier has their own personal reason for joining the IDF, yet a strong love of Israel and a sense of duty are universal among both soldiers who volunteer to serve and the families they leave behind.

“My motivation to join the IDF comes from an early age, when I was told I was named after my father’s best friend who was killed in the first Lebanon war,” said Yaron Abed, a former Lone Soldier from San Diego. “I always loved Israel and always was determined to finish my army service for the both of us.”

FIDF’s support for Lone Soldiers includes housing, mentoring, a 24-hour call center, financial grants, flights to visit their families abroad, Shabbat meals, holiday gift packages, social gatherings, and much more. In 2017, FIDF provided guidance and support to over 3,062 Lone Soldiers and sponsored flights for them to visit their loved ones abroad. Lone Soldiers may be far away from the warmth of home, but FIDF ensures no soldier ever feels alone.

“FIDF’s support meant the world to me as a Lone Soldier,” Yaron said. “It showed me that people outside of Israel still support the Jewish state and protecting the ones that serve. FIDF also helped me personally by sending me on Fun Days while I was in my service as well as sending me back to the U.S. to visit my family.”

“Being a Lone Soldier is tough. The Israeli army is built on the idea that on their days off, soldiers go home to their parents,” said Jeremy, a current Lone Soldier from Encinitas. “FIDF helps fill in that significant gap for those of us who do not have an Imma or Abba in the country to go home to. I personally stay in a Lone Soldier residence for combat soldiers where we are provided with meals and laundry services. That alone makes a huge difference for me and for the quality of my time off from the army.”

It’s not only the soldiers who appreciate the assistance and programs provided by FIDF. The parents of Lone Soldiers, themselves feeling a combination of pride and concern regarding their child’s joining the IDF, benefit from FIDF support, too.

“As our sons left for Israel, we felt a struggle between pride and happiness, seeing the excitement and determination on their faces, and then great sadness for the realization that they will not be near,” said Peer and Daphne Lavi from San Diego, whose two sons are Lone Soldiers. “Finally, there is an anxiety knowing that you will not be there to protect them as you were able to do since the day that they were born.”

Offering advice to other parents of Lone Soldiers, Micha and Dennis Danzig from Encinitas said: “As hard as it may be, try not to stress too much about what your child is doing when you are not with them. Make sure you know all of the benefits available to Lone Soldiers both during their army service and after.”

“FIDF’s support was amazing,” said Lotan from San Diego. “It helped me fly to see my parents during my service and built gyms and other buildings on my bases.”

While Lone Soldiers face multiple challenges when serving in Israel, they also get treated to some R&R, thanks to FIDF. This year, 5,000 Lone Soldiers from all IDF units gathered in June at the Shefayim Water Park just outside of Tel Aviv. For the first time ever, FIDF also hosted an additional “Fun Day,” for 5,000 front-line IDF combat soldiers at the water park.

In addition to the park’s many attractions, the “Fun Day” featured a pool party with leading Israeli DJ Eran Barnea, game and fitness areas, an all-day smorgasbord of barbeque and desserts, and a special performance by popular Israeli band Hatikva 6. Front-line IDF combat soldiers enjoyed performances by Israeli rapper Tuna and the musical duo Static and Ben El Tavori the following day. The Lone Soldiers also received essential information about life after their military service, including about the FIDF IMPACT! Scholarship Program.

The two “Fun Days” kicked off the second annual “IDF Appreciation Week,” June 27-July 8, which benefited more than 50,000 soldiers. During the weeklong series of events, FIDF sent four ice cream trucks to visit more than 24,000 soldiers on IDF combat bases across the country.

While the IDF protects Jews in Israel and around the world, FIDF changes the lives of IDF soldiers through its mission: “To offer cultural, recreational, and social services programs and facilities that provide hope, purpose, and life changing support for the soldiers who protect Israel and Jews worldwide.”

FIDF focuses on initiating and supporting educational programs for soldiers during, and also after, their military service. One of its flagship programs is the IMPACT! Scholarship Program, which grants full, four-year academic scholarships to IDF combat veterans of modest means.

For the 2017-2018 academic year, FIDF granted 4,365 IMPACT! scholarships to IDF combat veterans who could not afford the cost of higher education, sponsoring students at over 80 institutions throughout Israel. Through this program, FIDF helps to guarantee that Israel’s soldiers continue to grow as educated citizens and leaders. Each IMPACT! student volunteers in the community for a total of 130 hours each year of their studies, ensuring these veterans pay it forward by helping at 20 different nonprofit organizations.

Since the inception of the FIDF IMPACT! Scholarship Program in 2002, IMPACT! students have volunteered over 5 million hours of community service, making it the top scholarship program in providing community service in Israel. More than 8,000 IMPACT! graduates have entered the Israeli workforce to date.

The FIDF LEGACY program is another way FIDF offers support to the families of IDF heroes — by helping over 6,500 widows, orphans, siblings, and other family members of fallen IDF soldiers through a variety of life-cycle celebrations, including trips to the U.S. for Bar/Bat Mitzvah children, R&R weeks in Israel, recreational activities, financial support, and special family days.

Investing in construction projects, FIDF builds, refurbishes, and maintains facilities for the well-being of IDF soldiers — including sports centers, culture halls, synagogues, memorial rooms, swimming pools, and soldiers’ homes throughout Israel. FIDF’s newest series of projects is the wellbeing and education centers at the IDF Training Campus in the Negev, where FIDF funded the construction of 12 facilities at a cost of $43 million.

In addition, in 2017, FIDF helped 2,394 soldiers wounded in battle to rebuild their lives through financial aid, mentoring, recreational activities, employment assistance, and athletic prostheses for amputees injured during military service through the FIDF Strides Program; granted financial aid, basic appliances and furniture, food vouchers, special grants, and holiday gift vouchers to over 8,000 soldiers in-need; funded 41 weeks of crucial rest and recuperation to combat soldiers; and FIDF supporters formed unbreakable bonds with the soldiers of 9 brigades and 69 battalions, squadrons, and flotillas.

For Yaron, a key point in his IDF service came when he visited Yad Vashem, Israel’s national Holocaust memorial and museum. “My proudest moment, or as I say the time it ‘clicked’ that I’m happy to have chosen to serve, was when I visited the Holocaust memorial and listened to the stories of survivors. I knew then, that with my help and my sacrifice, I am doing my share to ensure that we will never be put in camps again.”

Like so many of his IDF brothers and sisters, Yaron is a hero. And this November 10, FIDF will proudly honor all IDF heroes at its annual San Diego Gala. The gala event, co-chaired by Esther and Carlos Michan, will be held at the Hilton Bayfront San Diego at 6:45 p.m. Don’t miss this opportunity to honor the IDF’s worldwide humanitarian efforts and support the well-being of Israel’s soldiers.

“As they did 70 years ago, the brave men and women of the IDF still put their lives on the line every day to protect Israel and Jews around the world,” said FIDF Executive Director in San Diego, Orange County, and Arizona Oz Laniado. “This evening will give our community a chance to meet and personally thank the heroes who risk it all to defend the Jewish homeland, and our supporters will hear firsthand about the incredible impact FIDF’s well-being programs have on these soldiers’ lives.” 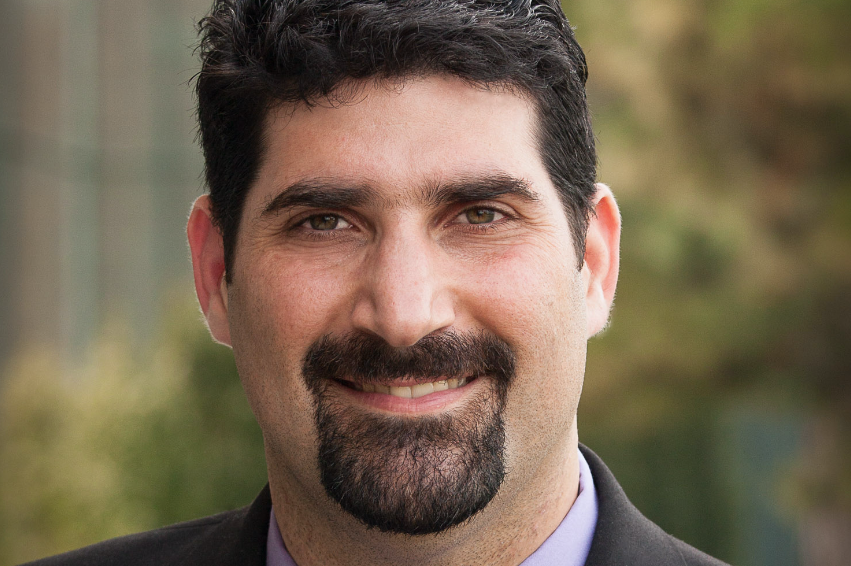