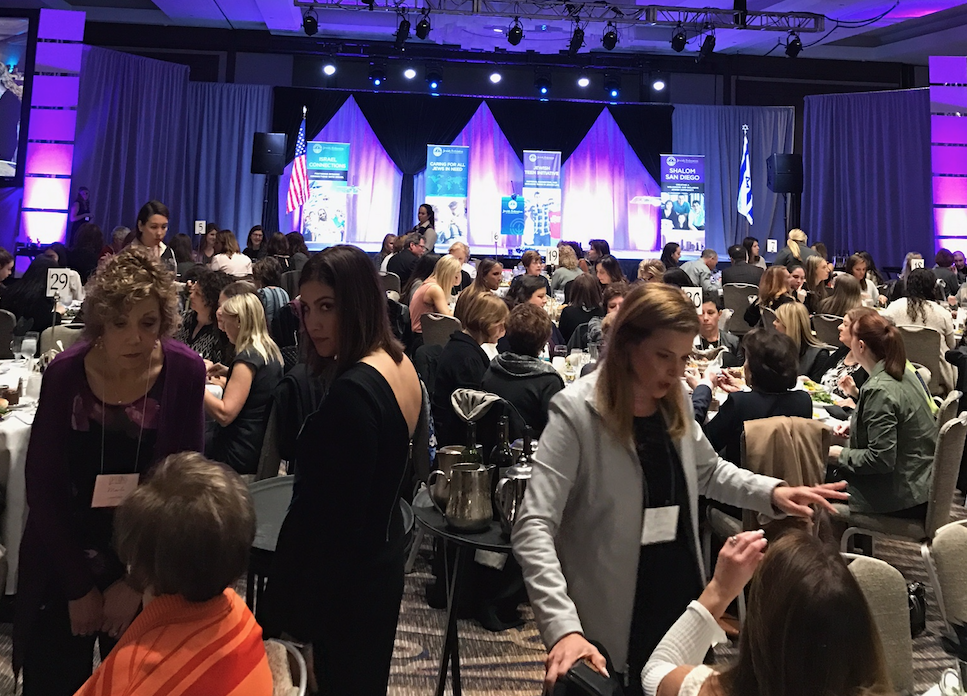 Nearly 900 women from many Jewish organizations throughout San Diego attended the Options Women’s Event, provided by the Jewish Federation of San Diego County. The event was held January 22nd at the Manchester Hyatt downtown San Diego.

The program included and inspirational speech by keynote speaker Nancy Spielberg, accomplished businesswoman, fundraiser and philanthropist. She is the sister of Steven Spielberg and has produced “Who Will Write Our History,” “On the Map,” and acted as consultant on the Oscar winning documentary “Chernoble Heart.” She executive-produced “Elusive Justice: The Search for Nazi War Criminals,” which aired nationally on PBS in addition to “Mimi and Dona,” chosen as one of the best TV shows of 2015 by the New York Times. Her documentary feature “Above and Beyond” is being developed as a narrative feature film with a studio. Prior to this, Spielberg produced a project for the Israeli government, “Celebrities Salute Israel’s 60th,” featured in Times Square on the NASDAQ screens for 1 month.

The brunch featured several young and energetic women who were passionate about the Jewish Federation and providing service in the Jewish community. The energy in the room was electric as women from various organizations Jewish shared their passions regarding the work they have been doing to change lives for the better throughout San Diego and the world.
For more information, call (858) 571-3444 or visit: www.jewishinsandiego.org