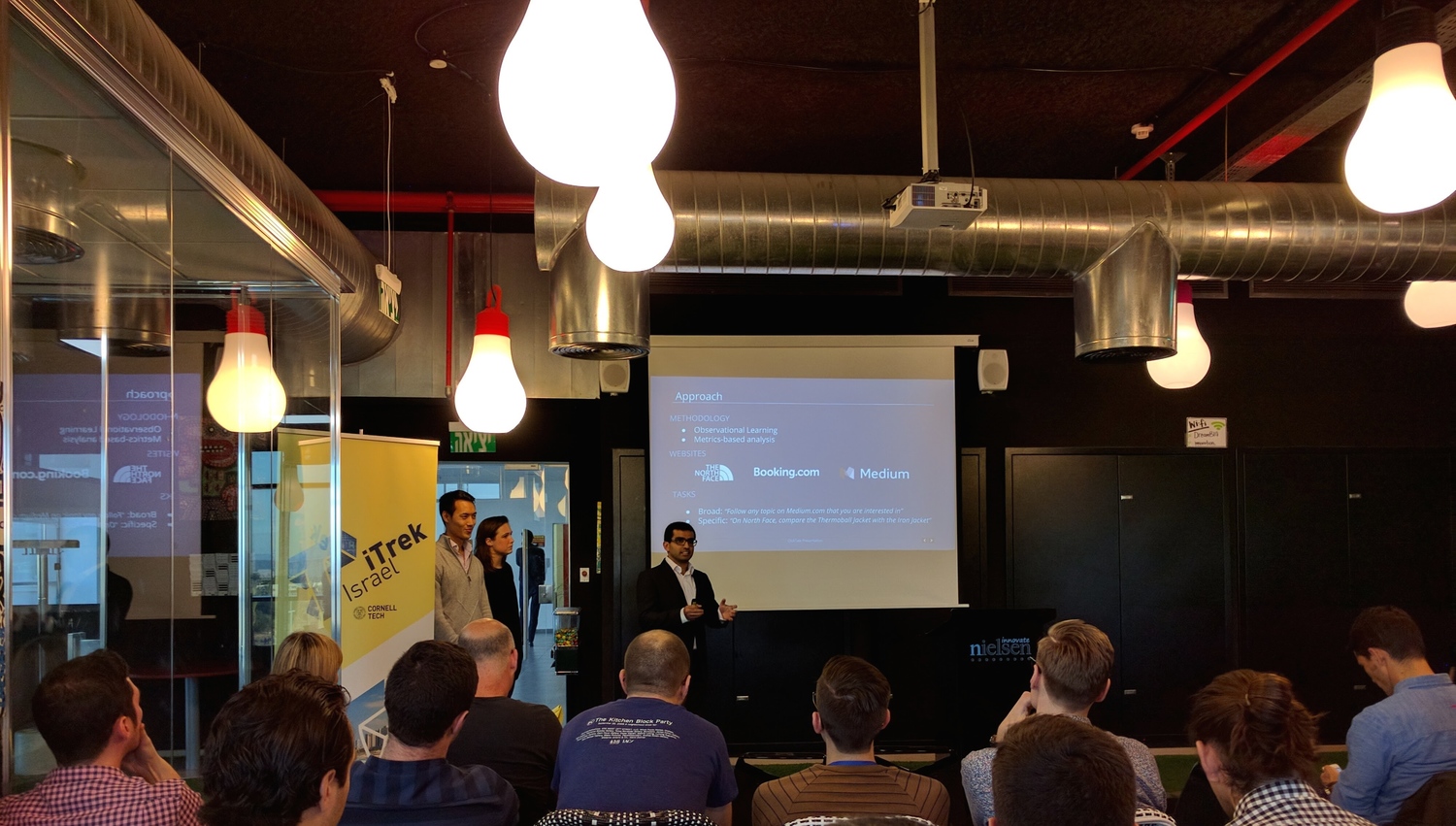 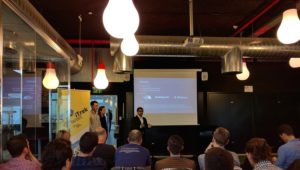 Ever since Dan Senor and Saul Singer’s 2009 book Start-up Nation: The Story of Israel’s Economic Miracle came out, the Israeli innovation scene has received significant attention. In more recent years, students from one of America’s most prestigious Master of Business Administration (MBA) programs have also been noticing Israel.

Since 2014, Cornell University’s one-year Johnson Cornell Tech MBA program has included the iTrek course — a three-month intensive interaction with Israeli start-ups that culminates with a 12-day group trip to Israel, during which students deliver actionable solutions to their start-up clients.

The program was founded by Roni Michaely, the Rudd Family professor of finance at Johnson and lead instructor of iTrek, which he helped found. Michaely interviews more than 100 Israeli start-ups to select between 20 and 30 companies with whom the students work. The students identify a pain point — anything from market strategy to product selection to financial challenges — and then work in teams, along with the company, to solve the issues. Students have weekly Skype meetings with company executives, conduct background research, and develop recommendations. The students devote a minimum of 100 hours to each start-up.

“If I get 150 of these extremely bright students to think about Israel and realize Israel is a center of innovation and start-ups, when in 10 years they will be in very important positions, then I have done my job,” says Michaely, who notes that the program has grown from 20 to 55 students since its founding. He projects that it will hit the 150-student mark annually within the next six or seven years.

The program is not meant as an Israel advocacy initiative. While the 12-day trip to the Jewish state does include a combination of culture, politics, and tourism experiences, Michaely says, “The best thing about Israel is the technology. If I expose them to what is going on here without any indoctrination or propaganda — the technology, the cyber market, energy, and fintech — it is totally amazing and so impressive. That’s what I introduce to them and it speaks for itself.”

The students and the start-ups describe iTrek as mutually beneficial.

Fernandez, whose knowledge about Israel was “limited” before the course, said his key takeaways were three-fold: professional, personal, and cultural.

“Building a network with founders, investors, and industry professionals expanded my personal network internationally to a great extent,” he said, noting that he continues to exchange professional ideas with some of the contacts he made.

Fernandez said he was “blown away” by the talent he observed in the Jewish state, which “added a whole new component in defining Israel.” He said that his conversations with journalists, advocates, and scholars about the Israeli-Palestinian conflict, and seeing infrastructure like Israel’s West Bank security fence firsthand, “expanded the reality of Israel beyond what one can read in the press.”

Ariel Beery — CEO of Mobile ODT, which invented a way to use mobile phones to help providers detect cancer and other diseases — had Cornell students assist his company in developing a go-to-market strategy for the U.S.

“They met with our team and got to know our product and what we wanted to do,” said Beery. “They were very quickly able to identify the basic core necessities, and from there they started working.”

“The students are brilliant and thoughtful,” he said. “They understood the depth of our strategy and enacted a beautiful plan to move us forward.”

Beery said he thinks Israel is the perfect training ground for these students, offering opportunities that other countries cannot. The speed of innovation in Israel, the opportunity to start at the ground level and build up, and the relatively small economy that requires Israel to see the world as an open field in which companies can play are all advantages of the Israeli start-up ecosystem, he said.

“I was really able to apply what I learned in class,” said recently graduated Cornell MBA student Derek Cutting, who is moving to the West Coast to work as an innovation consultant. “Our school focuses a lot on building entrepreneurial skills and building startups and iTrek was a really good fit.…The people in Israel are so focused on challenging norms, pushing things to be better. It fits very well with the culture our school has.”

Cutting said he enjoyed the ability to work with cross-functional teams — not just MBA students, but designers and computer scientists — which forced him to think outside the box.

“They put on the smart vest and go around the store, locate different items. It helps parents shop while their kids learn about nutrition,” Cutting said.

Also while they were in Israel, the Cornell students each made two presentations to groups of venture capitalists (VCs) and industry experts. Following a five-minute introduction from a start-up company executive, the students had half an hour to present their solutions and take questions from the panel.

“They start to understand what VCs think about and what types of questions they ask,” Michaely said. “Trying to break the code of the Israeli start-up DNA is something that can benefit the students a lot.”