San Diego REP announces the extension of their current production, “R. Buckminster Fuller: THE HISTORY (and Mystery) OF THE UNIVERSE” through April 10, 2016. The show is one of the most acclaimed productions in REP history, written and directed by D.W. Jacobs, co-founder of San Diego REPertory Theatre, and performed by Ron Campbell. Four additional performances have been added.

THE HISTORY (and Mystery) OF THE UNIVERSE’

Written and directed by D.W. Jacobs

From the life, work and writings of R. Buckminster Fuller

San Diego Repertory Theatre extends the run of “R. Buckminster Fuller: THE HISTORY (and Mystery) OF THE UNIVERSE” due to popular demand with four additional performances. Written and directed by D.W. Jacobs, co-founder of San Diego REPertory Theatre, and performed by Ron Campbell, the return engagement now runs through April 10, 2016.

This extraordinary theatrical event invites you to recognize your place as a crew member on “Spaceship Earth” as it speeds through the Universe. Your “captain” is Buckminster Fuller (Bucky), one of the most remarkable thinkers in American history. The show will surprise, astonish, bring laughter and tears of insight and may just cause you to never think the same way again!

A grandfather of the green movement, Bucky invites us into his life and mind, while also leading us into the uniqueness of our own hearts and minds, urging us to join what he called the World Game, a participatory framework for saving our planet. Called “the Leonardo da Vinci of Our Time” and “PR Man to the Universe,” Fuller was an engineer, architect, poet, futurist, inventor and one of the first truly global thinkers. With the world desperate for climactic (and climatic) solutions, Bucky makes it clear that Spaceship Earth is in danger, and it needs you, now more than ever.

“The ideas in this play were incubated at The REP, perhaps long before I had the idea for the play itself. The REP always aspired to put the world onstage. This play works at putting the Universe onstage,” said D.W. Jacobs, co-founder, San Diego REPertory Theatre. “After the world premiere at The REP in 2000, the play grew to be like a space capsule, taking Bucky’s ideas on a long trajectory out and away from The REP, to San Francisco, Chicago, Seattle, Montreal (in French), Ventura, Portland, District of Columbia, Cambridge, Mass., Atlanta, and even to Asheville and Carbondale (both places where Bucky developed and taught his key ideas), and recently to Wrocław, Poland (in English with Polish subtitles.) Now, after 15 years, we’re circling back to San Diego in an odd, almost planetary conjunction with The REP’s 40th Anniversary Season. There is some kind of orbital magic in this return to The REP.”

“R. Buckminster Fuller: THE HISTORY (and Mystery) OF THE UNIVERSE” was developed and received its world premiere at San Diego REPertory Theatre on March 31, 2000, and was a giant hit. The production features the brilliant Ron Campbell (“A Tale of Two Cities,” “The Merchant of Venice,” “Shylock,” “The True History of Coca Cola in Mexico,” and “R. Buckminster Fuller: THE HISTORY (and Mystery) OF THE UNIVERSE”), a lead clown for Cirque du Soleil and a leading classical actor on the national stage. An Associate Artist at the California Shakespeare Theatre, Campbell received The Fox Fellowship for Distinguished Achievement, training with various international companies in Greece, Italy and Japan with an emphasis on Mask Work while also touring for Cirque du Soleil playing the “King of the Clowns” in “Kooza.”

“Over these last fifteen years I have had the marvelous opportunity of having perhaps ten new awakenings, starting in San Diego, as I have viewed performances of this wonderful work, always surprised at the subtle differences, always renewed by the marvelous insights into my father and his thinking/doing process, which each time becomes more important than the time before,” said Allegra Fuller Snyder, daughter of R. Buckminster Fuller.

“When Doug Jacobs came to Allegra and me in 1997, it was hard to imagine that a play could be done of my grandfather that would faithfully convey the essence of his work; never could I have dreamed that audiences would actually have a real life experience of what being with Bucky was truly like,” said Jaime Snyder, the grandson of R. Buckminster Fuller. “I will always remember so many of my family members coming to me at the opening: looking at me to say —‘it’s really him!’ Reflecting that over 150,000 people have seen the show, and through the play, Bucky can continue to speak live to audiences around the world, during what he called ‘Earthians’ critical moment’ is very good news indeed.”

Single tickets are now on sale and begin at $33. Student tickets for $20 are also available for all performances. Tickets can be purchased online at www.SDRep.org, by phone at 619-544-1000 or by visiting the box office at 79 Horton Plaza, San Diego, CA 92101. 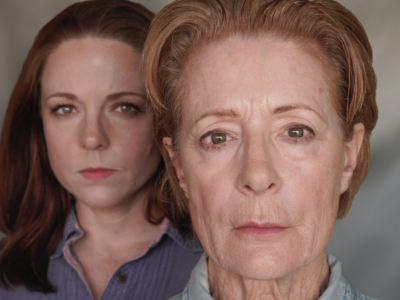 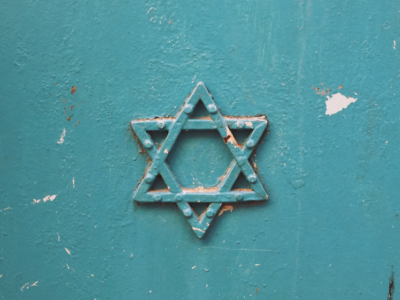