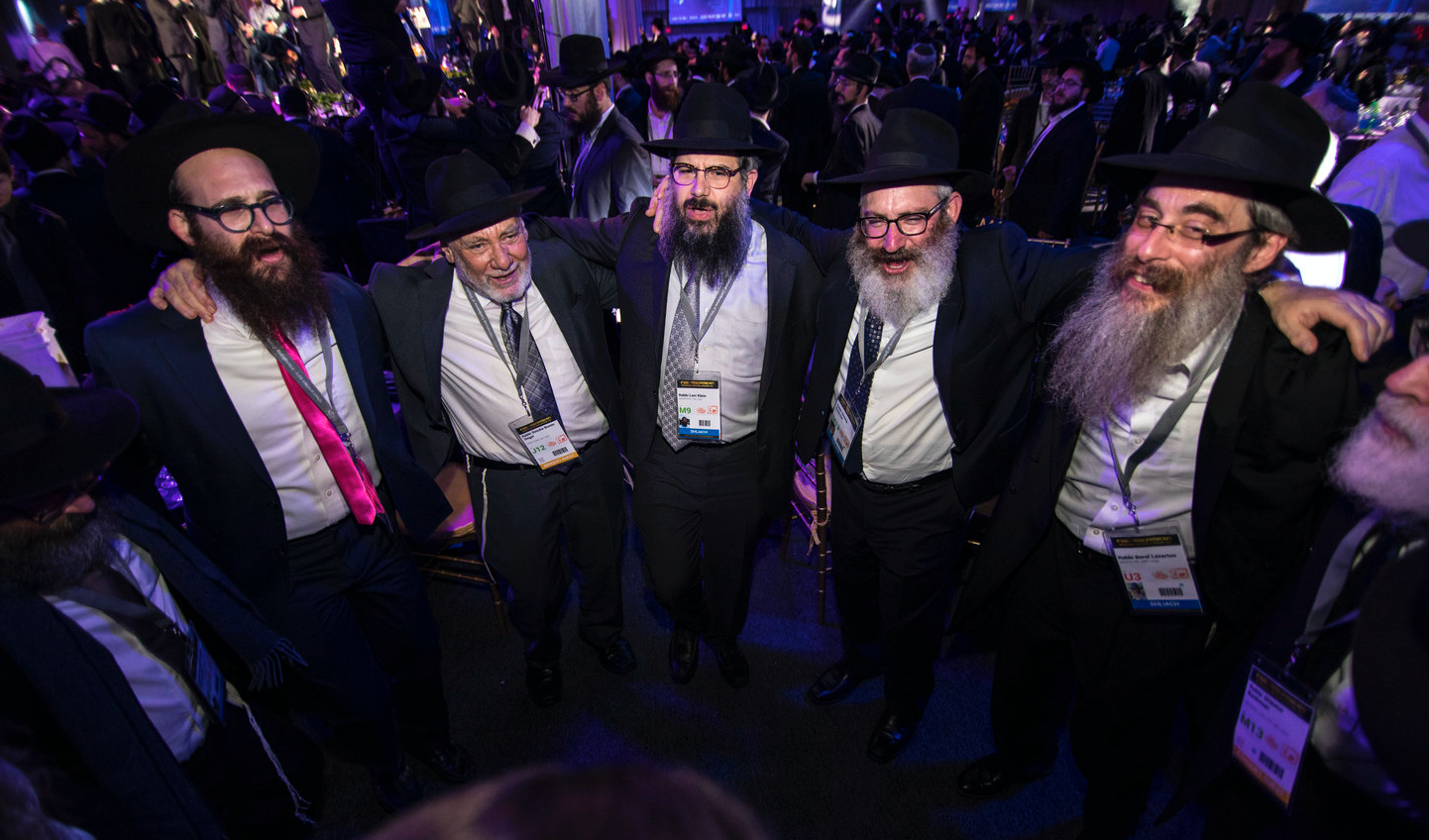 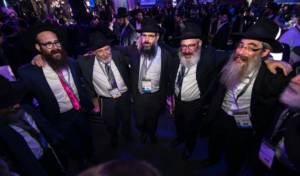 How do you go about feeding a crowd of 5,600 hungry rabbis and other guests, many of whom have just traveled across the globe? If you ask Greenwald Caterers, they’ll tell you to start with 2.5 tons of meat, 10 pallets of drinks and 40 cases of tomatoes. And don’t forget the 5,600 cups of coffee.

Greenwald was the caterer of November’s International Conference of Chabad-Lubavitch Emissaries in Bayonne, N.J. The largest event of the year in the Chabad world, the 44th annual Kinus Hashluchim (gathering of emissaries) drew a record-setting attendance of 5,600, including 4,700 emissaries. The rabbis traveled from as far away as New Zealand, Thailand and the Congo.

The Kinus tradition began in 1983, when Rabbi Menachem Mendel Schneerson, affectionately known as “the Rebbe,” appointed his longtime personal secretary Rabbi Yehuda Krinsky (now chairman of the Chabad umbrella organization Merkos L’Inyonei Chinuch) to chair a conference of Chabad’s North American rabbis. That October, some 65 of them gathered at Lubavitch headquarters in Brooklyn to share ideas, solutions and support.

Rabbi Yisroel Shmotkin was there that day, and he’s been to every Kinus since. As Wisconsin’s top Chabad rabbi for half a century, he has also seen the astronomical growth of both the event and the movement it represents.

“In the general sessions and individual workshops you find a wealth of innovative new ideas for programs and solutions to the challenges we all face, plus a real sharing of experiences,” Shmotkin says. “It takes you out of your little shtetl, and all of a sudden you can see yourself as part of a huge mission engraved in the lives of each person Chabad is able to touch. There’s an almost electrifying spirit of unity and enthusiasm.”

An announcement at this year’s conference highlighted the fact that, 23 years after the death of its leader, the movement continues to grow exponentially. Last month, Uganda became the 100th country to have a Chabad center. Rabbi Moishe and Yocheved Raskin, along with their young son Menachem Mendel, have set up Chabad of Uganda in the capital of Kampala, adding to the 3,500 Chabad institutions around the globe. Including the Chabad.org website, these institutions reach millions of Jews every year.

Chabad-Lubavich describes itself as the largest Jewish organization in the world, and leading experts on Jewish communal life agree with that assessment.

“Nobody else comes close,” says Mark Rosen, an expert on Jewish institutions and a professor at Brandeis University’s Hornstein Jewish Professional Leadership Program, who recently completed a study of Chabad’s campus programs.

What’s behind Chabad’s growth? A major factor could be the preservation and dissemination of countless videos and recordings of the Rebbe’s sermons, as well as dozens of his Torah commentaries and 32 volumes containing a sampling of the hundreds of thousands of letters he wrote in response to a constant stream of questions.

“It’s the first repository of a great Torah teacher’s wisdom to be kept alive by technology,” says Chabad spokesman Rabbi Motti Seligson. “So the Rebbe continues to teach us years after his passing.”

Another widely recognized ingredient in the movement’s secret sauce is the personal dedication of the rabbinical emissaries, who move their families into remote corners of the world like India, Laos and Siberia in order to serve Jews wherever they are.

“For them, it’s not a job—it’s a mission,” Rosen says. “They’re not angling for a promotion and they don’t go home at 5 o’clock. Instead they’ve made a lifelong commitment to spread Judaism to every Jew, wherever they’re needed, so they can accomplish a lot.”

Chabad “loves and accepts every Jew wherever they are with no judging,” Rosen adds. “Their goal is to not to get you to be just like them, but to help you take the next step in being Jewish, whatever that looks for you. That brings people who would otherwise never be attracted to Orthodox Judaism to Chabad.”

The Rebbe still inspires this group of 4,700 emissary families around the world.

“It’s an ongoing relationship,” says Rosen. “Gone for more than 20 years, his teachings still guide them. They don’t insist on others having that same relationship with him, but in their lives he is a daily presence.”

Insiders and outsiders alike point to a third ingredient in Chabad’s formula: the effective transference of the passion to spread Jewish life to the next generation. The Nov. 19 Kinus event included a junior emissary program for 1,100 youths ages 8-14.

“It was fun. I played with kids from Switzerland and Denmark and France,” says 10-year-old Chaim Blesofsky. “I just like the idea of helping Jewish people connect, and making big Jewish communities in places where there aren’t any yet.”

“The whole Chabad movement is about developing young leadership,” says Chaim’s mother, Naomi Blesofsky, who along with her husband and parents runs the Chabad center in Yorba Linda, Calif.

“When we were growing up the message was always, ‘It’s not about what’s good for us; it’s about all Jews,'” she says. “And now our own kids know it’s on their shoulders going forward, not as a burden but as a privilege.”

Rabbi Yosef Kantor, who along with his wife Nechama runs Chabad centers in Thailand, says, “At the Kinus, I was able to tell younger rabbis that the impact they have on every Jew they meet isn’t quantifiable, but it’s there.”

In Thailand, the Kantors have served more than 100,000 meals, many of them to backpacking post-army Israelis who stop by for kosher food and a warm Jewish welcome.

“The Rebbe taught us that it’s not about having followers, but about bringing out the leadership in others,” Rabbi Kantor says.

At a time when Jews are becoming less connected with formal Jewish organizations, according to the Pew Research Center’s much-discussed “Portrait of Jewish Americans” survey of 2013, why haven’t other institutions implemented the Chabad playbook?

Chabad’s model “cannot be replicated since you can’t do it if you don’t live it,” says Brandeis’s Rosen, who shares the insight of a fellow scholar from that university, Jonathan Sarna, that “no one would have predicted the greatest force in 21st-century Jewish life would be an Orthodox movement like Chabad.”

“It defies logic,” Rosen says of Chabad’s ascent. “So there must be some deeper truth that’s escaping our understanding and that our social science skills don’t quite encompass.”