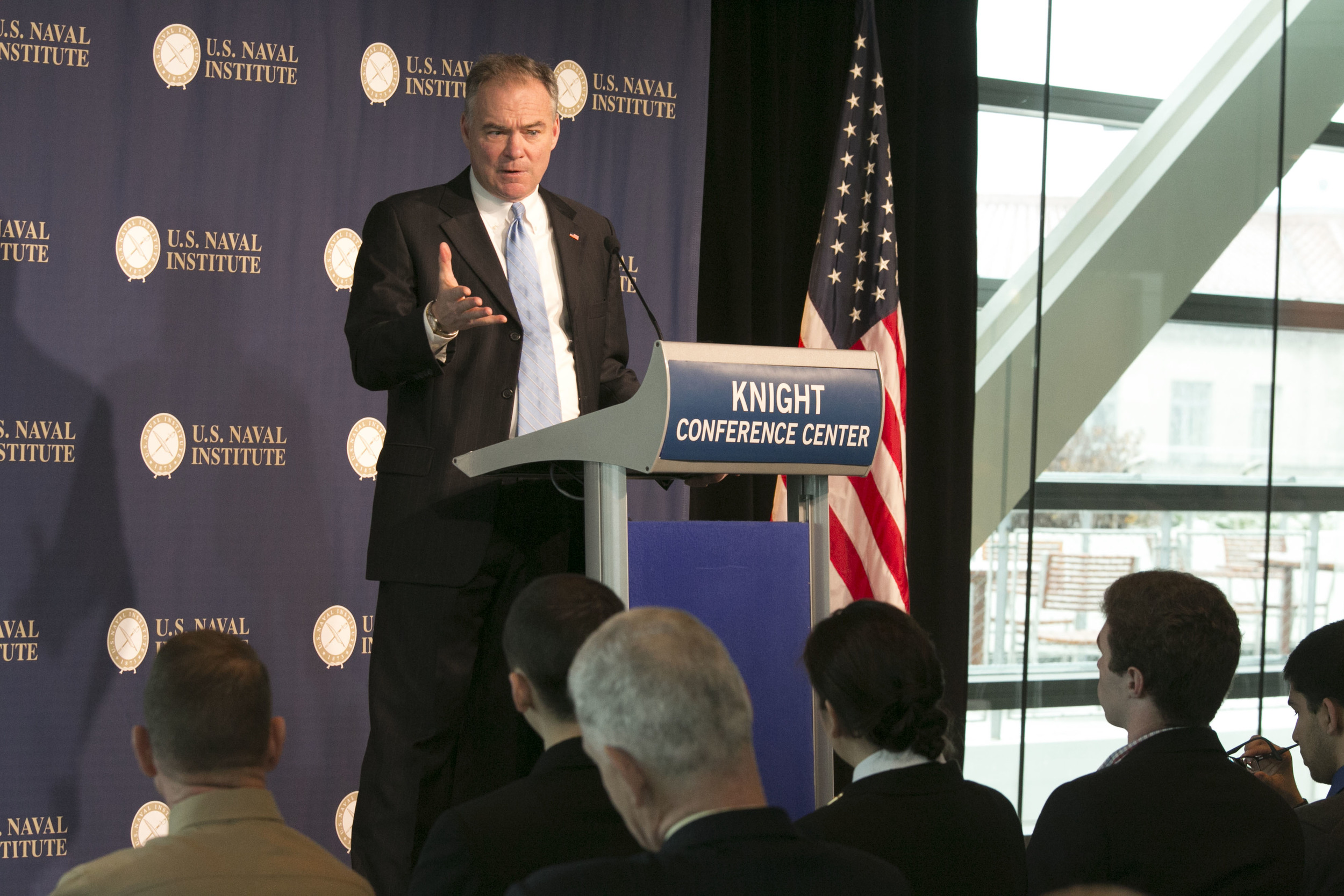 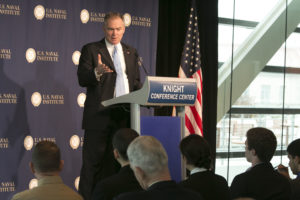 Kaine, Virginia’s former governor, is being touted by his supporters as a moderate Democrat with considerable domestic and foreign policy credentials from his experience serving on the Senate Foreign Relations and Armed Services Committees as well as formerly heading the Democratic National Committee.

Rabbi Jack Moline, executive director of the Interfaith Alliance, has known Kaine personally for many years and told JNS.org that Clinton’s running mate was a “terrific governor” who as a senator has continuously tried to “reach across the [partisan] aisle for potential solutions.”

Kaine’s critics in pro-Israel circles, meanwhile, point to his outspoken support for the Iran nuclear deal, his decision to skip Israeli Prime Minister Benjamin Netanyahu’s March 2015 speech to Congress about the Iranian nuclear threat, and the support the senator has received from the controversial left-wing lobby group J Street.

Tevi Troy—a presidential historian and former White House aide for the George W. Bush administration, and author of the forthcoming book “Shall We Wake the President? Two Centuries of Disaster Management from the Oval Office”—told JNS.org that there are “some worrisome aspects about [Kaine] from an Israel perspective,” specifically citing his boycott of Netanyahu’s speech and “enthusiastic support” from J Street.

“Both of these facts make me want to see and learn more before being assuaged about the Democratic ticket’s views on Israel,” Troy told JNS.org.

Below, JNS.org gives an overview of Kaine’s record on election issues that are prioritized by Jewish and pro-Israel voters.

Moline said that Kaine supports Israel as the “national expression of the Jewish people,” but also supports a two-state solution to “ensure the security and dignity of both Israelis and Palestinians.”

In a 2015 interview with The Forward, Kaine described himself as a “strongly pro-Israel Democrat,” while downplaying concerns about the eroding support for Israel among Democrats.

“Our party has a long tradition of being pro-Israel, and being pro-Israel doesn’t mean we agree on everything, but we’re friends, we’re allies, we’re partners and to the extent we have disagreements we try to work them out productively,” Kaine said.

As governor of Virginia from 2006-10, Kaine made promoting ties between his state and Israel a priority. In 2009, Kaine was part of efforts to boost economic and high-tech ties between the Jewish state and Virginia, praising Israelis as “spectacular innovators” who can play a key role in a high-tech “knowledge transfer” with America, the Washington Jewish Week reported.

Kaine was also directly involved in the decision by the jointly Israeli-American-owned Sabra hummus company to build a $61 million production plant in Virginia.

After being elected to the U.S. Senate in 2012, Kaine continued to influence U.S. policy towards Israel, especially in the Senate Foreign Relations Armed Services Committees. He co-sponsored the U.S.-Israel Strategic Partnership Act of 2014 and supported U.S. funding for Israel’s Iron Dome missile defense system.

Kaine has also received financial support from groups such as J Street, which endorsed his selection as Clinton’s running mate and called him “a champion of pragmatic, proactive American foreign policy.” While describing itself as a “pro-Israel, pro-peace” lobby, J Street has garnered ongoing controversy in the Jewish community for its frequent criticism of Israeli government policies. J Street also states that it opposes the anti-Israel Boycott, Divestment and Sanctions (BDS) movement, but the lobby’s college campus arm—J Street U—has come under fire for partnering on campus events with pro-BDS groups.

Kaine was an enthusiastic backer of President Barack Obama’s efforts to negotiate the Iran nuclear deal and played a key role in garnering the necessary support to thwart the Republican-led campaign to reject the deal in Congress.

Though he visited Israel in early 2015 as part of a bipartisan congressional delegation, Kaine was one of the first Democrats to announce the decision to boycott Netanyahu’s speech to Congress about the then-emerging nuclear deal on March 3 of that year.

“As a long-time supporter of the U.S.-Israel relationship, I believe the timing of Prime Minister Netanyahu’s address to Congress—just days before Israeli elections—is highly inappropriate,” Kaine said at the time, referring to the Israeli national election of March 17, 2015.

Kaine co-authored the Iran Nuclear Review Act as part of his efforts to ensure that the nuclear deal would not be rejected by Congress. But he was also one of 21 U.S. senators who sent a letter to Obama in late 2015 to express their “deep concern” over Iran’s decision to test a second ballistic missile in November 2015, in violation of U.N. Security Council Resolution 1929.

Amid growing concerns about the influx of Middle East migrants in Europe and their ties to terrorism, particularly emanating from the role of Islamic State in the Syrian civil war, Kaine told Vox Media that Mideast refugees are “people who are terrorized, not terrorists” in an interview that followed the series of coordinated Islamist terror attacks in Paris in November 2015.

Kaine believes that Congress must authorize the U.S. government to use force against Islamic State, and he has worked with Republican counterparts on a bill to block suspected terrorists from being able to buy guns.

Yet critics of Kaine have raised concern about his past ties to controversial Muslim figures who have been connected to radical groups such as the Muslim Brotherhood and Hamas. Politically conservative organizations and news outlets have pointed to 2007, when as governor of Virginia, Kaine was criticized for his decision to nominate then Muslim American Society (MAS) President Esam Omeish to the state’s Immigration Commission. Federal prosecutors later determined that MAS was “founded as the overt arm of the Muslim Brotherhood in America.”

Omeish was also the vice president of a mosque in which an Al-Qaeda operative had served as an imam, and which was frequented by two 9/11 hijackers, and served on the national board of the Islamic Society of North America, which has been labeled by the U.S. Justice Department as being involved with both the Muslim Brotherhood and Hamas.

In 2011, Kaine made an appearance at a dinner in which a lifetime achievement award was awarded to a man listed by the FBI as a leader of IKHWAN, an Arabic reference to the Muslim Brotherhood. The event was held by New Dominion PAC, which calls itself the “Voice for Arab Americans in Virginia” and had donated $43,050 to Kaine’s gubernatorial campaign.

Kaine is a Roman Catholic who was raised in a devout family, leading to public discourse regarding his stances on abortion and same-sex marriage—both of which are opposed by the Catholic Church. On abortion, Kaine has said, “I have a traditional Catholic personal position, but I am very strongly supportive that women should make these decisions and government shouldn’t intrude.” On marriage equality, Kaine has supported extending marriage rights to same-sex couples and campaigned against a 2006 amendment to the Virginia Constitution banning same-sex marriage in the state. He has articulated that he respects American legal precedents, such as Roe v. Wade on abortion, despite his personal religious views.

The Interfaith Alliance’s Moline told JNS.org that Kaine resides in a multi-faith neighborhood and has participated in an annual communal Passover seder, which Kaine and his wife once hosted at the Virginia governor’s mansion.

Kaine is “a deeply religious man” who “respects and loves others for their faith,” Moline said, adding that he has watched Kaine work “efficiently and compassionately to address issues.”