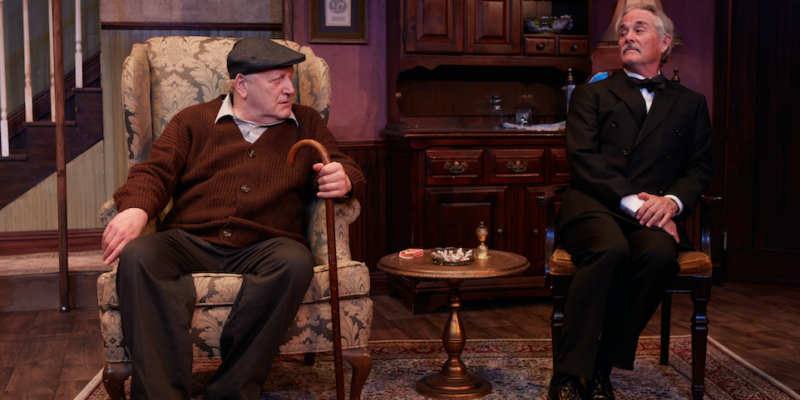 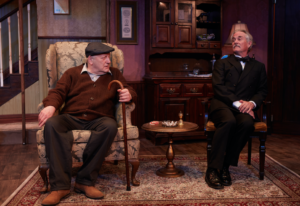 Harold Pinter, influential British post-World War II dramatist and Nobel Laureate was a Jewish playwright, screenwriter, actor, poet, and theatre director. Pinter achieved many outstanding awards over the years, including the Nobel Prize for Literature in 2005. His writing career spanned over 50 years.

Born in 1930, Pinter was raised in Hackney, East London, and was the son of a Jewish tailor. Educated at Hackney Downs School, he studied acting at the Royal Academy of Dramatic Art. Although he died in Acton, London, England in 2008 at the age of 78, Pinter’s brilliant works live on.

Pinter achieved the Tony Award for The Homecoming, in 1967, Best Play award for The Caretaker in Evening Standard Theatre Awards, Shakespeare Prize (Hamburg), Laurence Olivier Special Award, a BAFTA Fellowship, and countless others.

It has been said “His plays uncover the precipice under everyday prattle and forces entry into oppression’s closed rooms.” Pinter’s plays identify a lightheartedness which fall into something more serious.

His complex works address challenging subjects in at times an obscure manner, utilizing the vehicle of small talk, pauses, hesitations and silences, revealing alienation and layers of meaning, even found in innocuous sentences. These techniques convey the substance and many layers of a character’s thought.

A noted poet, his verse collected in War reflected his political views and passion for numerous causes.

A prolific and profound writer, Pinter’s first radio piece, was broadcast on the BBC in 1959. A Slight Ache, The Room and The Dumb Waiter were one act dramas, which established the mood of Comic Menace, figuring in later works. His first full length play was The Birthday Party.

Typically, Pinter’s plays include stereotypical characters who are jolted and disrupted by a stranger, with the stability of the characters disintegrating over the course of the work. Fears, jealousies and hatred, sexual preoccupations and loneliness rise to the surface.

Plays such as Landscape, Silence, Night, and Old Times eliminated physical activity on stage. His later successes include No Man’s Land, Betrayal, Moonlight and Celebration; all works of great power. Pinter wrote countless other plays, and from the 1970 on, he directed his and other’s works.

Presented initially by the Royal Shakespeare Company at the Aldwych Theatre in 1965, with the first American production opening at the Music Box in 1967, The Homecoming although often obscure and ambivalent offers insight into the rivalry of a complex male dominated Jewish family.

“Harold Pinter, and The Homecoming specifically, seared its way into my consciousness when I first saw the filmed version in 1973,” Director David Ellenstein said. “The unsettling, very funny and unapologetic nature of the writing and the content made a lifelong impression. Pinter’s Comedy of menace is filled with vivid characters, unexpected action and poetic rhythms.”

Set in an old, unsavory, dilapidated house in London, the setting serves as a metaphor for what is soon to arrive. The audience receives an intimate glimpse into the lives of this dysfunctional family. The delivery is expertly demonstrated with much sarcasm, bickering and denouncement between an acerbic, aging patriarch who has lost his wife, his brother, his 2 sons, another living in America, and his wife.

Pour sarcasm, add a pinch of cynicism and rivalry, add loneliness, mix detachment and rage, add humor, stir in a highly charged sexual environment, and bake, this unusual play delivers something unique and delicious, with a fully charged ending.