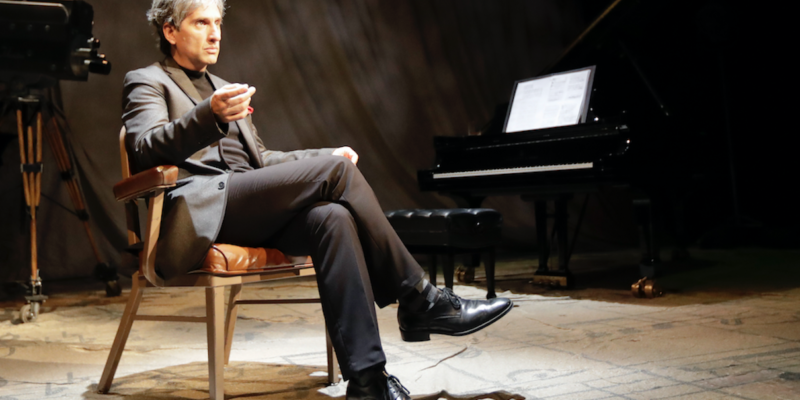 Hershey Felder continues to brighten our mageyfe (pandemic) times with his never-ending creativity.

As a Yiddishist from Poland, I could not resist exploring fascinating roots of San Diego favorite Hershey Felder. As I learned from an interactive interview I initiated as a part of the Yiddish Celebrities series, organized by the Yiddish Arts and Academics Association of North America (YAAANA), Hershey is a native Yiddish speaker. Born in 1968 in Montreal, Canada, he grew up with parents who were Holocaust survivors. His father came from Ustrzyki, Poland, and his mother came from Budapest, Hungary. It was a Yiddish-speaking household. Besides talking in Yiddish to his mishpokhe, Hershey was exposed to that language in Peretz school in which Yiddish was a part of curriculum. Moreover, many of his friends grew up speaking Yiddish, and that was a language one would hear spoken on the streets of Montreal. He even ended up marrying a Yiddish speaker, Kim Kampbell, a former prime minister of Canada. While enjoying Yiddishkeit and maintaining a strong sense of pride being Jewish, Hershey eventually abandoned modern Orthodoxy that he grew up with. He shared that at the age of 18, he had a moment of epiphany when he tried shrimp for the first time in his life.

Speaking of food, Eastern European cuisine is very close to Hershey’s heart and stomach. Growing up, he was surrounded by Hungarian and Polish dishes, and now he eagerly replicates them in his own kitchen. For instance, a Hungarian dish consisting of fried cabbage and home-made noodles has become very popular with Hershey’s guests who cannot move after consuming Eastern European delicacies, but they enjoy the experience, nevertheless.

Hershey was always a performer, a storyteller, and a musician. At the age of 10, he started to play piano. Since he was 13, he acted in Yiddish theater in Montreal. A well-known Yiddish writer Bashevis Singer stayed at his house, and Hershey made friends with countless other Yiddish celebrities. Hershey’s dream was to be able to make a living utilizing his musical and acting skills, and although his family was worried about his future, it remained largely supportive. The innovative idea of creating impersonations of famous composers on stage, and then, during the pandemic, on the screen, made Hershey famous all around the world. So far, he told us life stories of such composers like George Gershwin, Pyotr Tchaikovsky, Claude Debussy, Ludwig van Beethoven, Sergei Rachmaninoff, and Irving Berlin. In February, he surprised us by impersonating a Yiddish writer Sholem Aleichem, a production in which Hershey utilized his Yiddish background and which can still be viewed on demand.

On March 14, a new production will premiere live from Florence, where Hershey was originally planning to retire, but where he eventually settled down earlier due to the pandemic. This time, he will be impersonating Giacomo Puccini. More information about this upcoming show can be found online at sdrep.org. It is hard not to admire Hershey’s creativity and diligence. While his movies certainly are brightening our mageyfe days, San Diegans surely are missing his presence in town and hope to welcome him soon!

Jana Mazurkiewicz Meisarosh is a founder and CEO of the Yiddish Arts and Academics Association of North America (YAAANA), and a Ph.D. candidate at the University of Michigan, Ann Arbor. 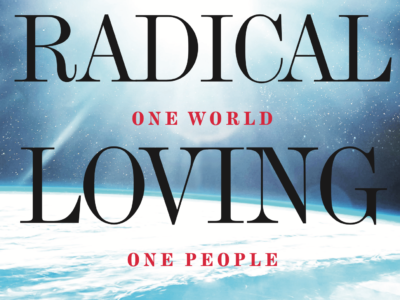 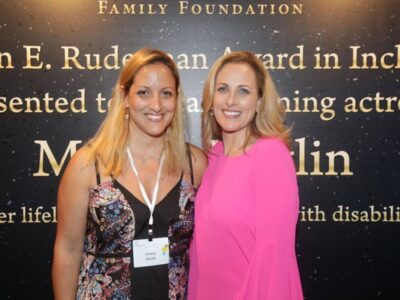