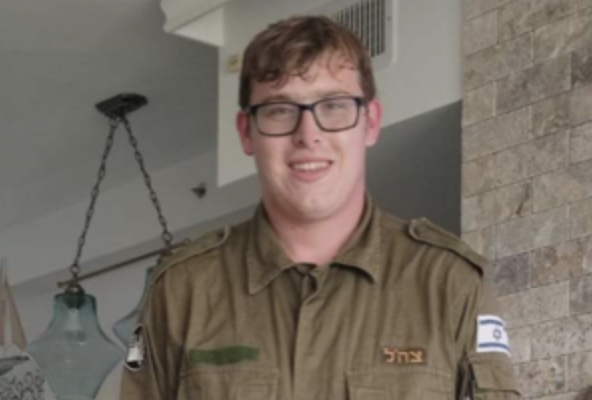 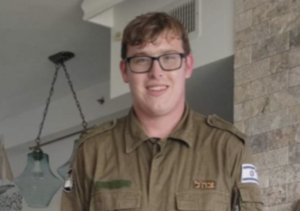 At first glance, Mitchell Kerbel seems like your typical 23-year-old. The American student lives in San Diego, attends community college and is brushing up on his rusty Hebrew. But one thing about him is different — he is preparing to enlist in Special in Uniform (SIU), a Jewish National Fund-USA affiliate that integrates young people with disabilities into the Israel Defense Forces (IDF).

Kerbel has never let his diagnoses of autism and ADHD hold him back. He was adopted from Russia in 2000 when he was 18 months old. In the orphanage, there was no nurturing, insufficient food and water, and limited bonding time, all of which may have contributed to the challenges he faces, but that he doesn’t let stand in his way. When he first learned about Special in Uniform in 11th grade, he never forgot about the program’s promise.

“It seemed like an amazing program, and I kept it in my mind; it stuck with me,” Kerbel says.

So, when IDF Major (Res.) Tiran Attia, the Director of Special in Uniform, traveled to the Kerbels’ hometown in December 2021, Kerbel was eager to meet with him. Though SIU no longer takes on lone soldiers, Tiran recognized Kerbel’s passion and commitment right away — and made a split-second decision to ask him to join.

“When he asked me, do you really want to do this? At first, it took me a little bit of time to think about it,” Kerbel says.

“Yeah, like a minute!” Kerbel’s mother, Sabrina adds with a laugh. The Kerbels also have family in Israel, so Sabrina knows her son will feel at home.

“They put you into a job because of your abilities. They test you and put you somewhere, and if they see you are progressing, they’ll promote you. If not, they’ll find something else you can do. They don’t give up on you,” Kerbel says.

Most importantly, Kerbel feels that the organization empowers him and affords him opportunities to give back to Israel in a way he never expected.

The Kerbels also believe SIU is a meaningful program for individuals with autism and other disabilities because of the organization’s promise of lifelong support. SIU helps former service members integrate into Israeli society by finding them jobs and group homes, as well as helping them build the professional and social skills necessary for employment.

As of now, the IDF is the only military in the world that integrates people with special needs into their forces.

Kerbel will travel to Israel this summer to meet with Tiran at the base in Palmachim. Since their meeting, he has been practicing his Hebrew. His father, who passed away, used to speak often to him in Hebrew, but now, he’s a little out of practice. It’s a requirement to be fluent in Hebrew to join SIU and the IDF, so Kerbel will spend some time getting up to speed. Talking to his extended family, most of whom speak Hebrew, will help.

Eventually, he will also need to become an Israeli citizen.

Neither of the Kerbels is nervous about his service or the life he envisions in Israel. Instead, both are excited he has found a meaningful way to give back — and be part of a community.

“As a Jewish mother, all I want for Mitchell is for him to meet and be surrounded by Jewish people his age who accept him for who he is, help him grow his passion and love for Israel, and become a proud and active contributing member of Israeli society,” Sabrina says. 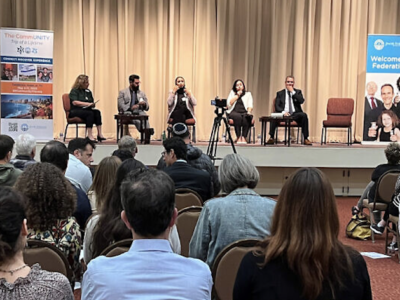 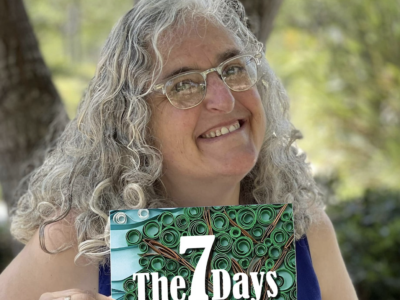 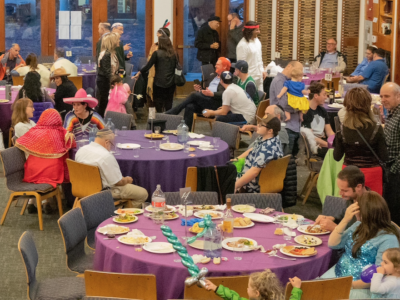 By Sharon Rapoport Sharon Wilkes is a woman of many talents. She started her professional life with a successful career in the fashion ...
October 13, 20220
Social connect:
or