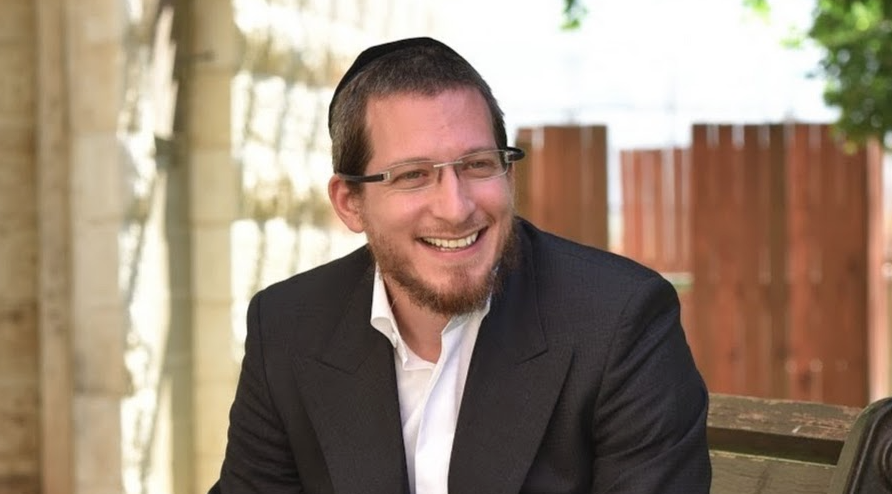 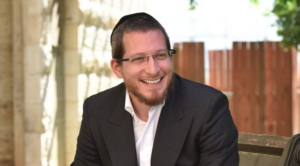 Did you see a viral video last month on Yom Hazikaron of a yeshivah teacher leading an inspirational discussion about modern Israel with haredi high school students? So did everyone else in the Jewish Facebook world.

But who is the instructor in the video, you might have asked? How does he know so much about secular Israeli culture, and why is he teaching about military service and the sacrifice of Israeli military families at a haredi high school? Isn’t what he is doing bucking the trend of that community’s self-acknowledged insularity?

Meet Rabbi Menachem Bombach, 41, the founder of Torah Academy-Midrasha Chasidit, a new yeshivah system in Israel focused on reducing poverty in the ultra-Orthodox community through education, preparing them to attend college and enter the workforce.

Bombach is in the United States for the next week, meeting with Jewish organizations and sharing his story in synagogues throughout the tri-state area. On his schedules are meeting with the UJA-Federation of New York; a large public event in Woodmere, N.Y.; and a Shabbat in Teaneck, N.J. Future trips, based on his newfound fame, are in the works, and will involve visits to other communities in Maryland and elsewhere. He has also visited and met with parents and educators in Satmar communities in Williamsburg, Monsey and Monroe, and other enclaves in New York and elsewhere.

Bombach said the inspiration to create his school’s network came from his own life experience. “I did not speak a word of Hebrew until the age of 20,” he said. The rabbi noted that as a member of the Vizhnitzer haredi community; he “goes with the shtriemel,” in his words (referring to the fur hat worn on Shabbat and Jewish holidays). He comes from a home in the Mea Shearim neighborhood of Jerusalem where Yiddish was his first language, and even attended “an anti-Zionist cheder,” he said.

He noted “there is no general education in the haredi community. After the Holocaust, the world of haredi was destroyed, and the Chazon Ish [Rabbi Avrohom Yeshaya Karelitz, a founding leader of the haredi community in Israel who died in 1953], said that the post-Holocaust focus of everyone’s efforts should be to rebuild the Torah world.” The kollel lifestyle — meaning that the man’s job is to study in a beit midrash all day — however, does not work for everyone and places incredible financial pressure on families because the primary breadwinner is usually not part of the workforce, he explained.

While the majority of the world knows that “not every person is designed to sit and learn,” Bombach repeated, somehow this knowledge has not sunk into the haredi community, and it has led to a cycle of poverty and insularity, where they are taught to fear or not show proper respect for all that is “other.” The world is also “full of new challenges,” he added, and “if we don’t give students the tools to understand it, then when they are exposed to the world outside they will drop out.”

The rabbi shared that he began learning both Hebrew and English after he got married and started working as a counselor for Russian immigrants in 1997. His realization that he lacked sufficient knowledge to help his students effectively compelled him to pursue secular schooling — first with an education degree from Moreshet Yaakov, and then with a master’s in public policy from Hebrew University.

In 2001, he took over a school that was in bad shape and rebuilt it anew, opening a school for Russian immigrants where he worked for many years. He prided himself most on “hiring good people” and was inspired by the school’s success to turn his educational focus to his own community where he grew up.

“There needs to be a haredi workforce,” he insisted. “It is the most important issue facing Israel today, more dangerous from Iranian threat. Israel knows how to defend itself, but cannot defend itself from poverty and no educated people.”

Bombach’s educational network now comprises a boys’ high school called Beitar Ilit, which was founded four years ago; a girls’ high school called Bnot Chayil, which opened two years ago; and a vocational school that is to open soon in Jerusalem. Plans to open cheder (elementary-schools) network are also planned. And he launched a program at Hebrew University for haredi college students. “We are also trying to find people who want to open schools like us to combine secular education with religious education,” he said.

Rabbi Meir Goldwicht, a rosh yeshiva at Yeshiva University, recently visited Beitar Ilit and gave a shiur (“lesson”) in Hebrew. In his words, he was “wowed” by the experience, noting that anyone who spends even an hour in the presence of these students and instructors “comes away a different person,” noting that Bombach and his team of unique educators are so committed to their mission that they don’t feel they have come to work at the yeshivah; rather, they come with a deep passion to serve their students.

“They give the students the bigger picture about life — how to go in Torah and yirat shamayim and how to integrate this later, everyone in his field, whatever he will pick,” Goldwicht said.

“Everyone who meets Rabbi Bombach will feel immediately what special work he does with the students and what a unique person he is,” added Goldwicht.

‘No Answers to The Big Questions’

Bombach, who said he has had considerable private rabbinic support and others who are quietly watching his work, and have reserved judgement on his methods, said the parents of students have the most clarity on why the schools should exist.

And there are two types: “Some parents want to stop the circle of poverty, and other parents take responsibility because they know the kids are not going to sit and learn all day.”

The effect of haredim joining the workforce will not only allow members to support themselves financially, but will also ensure the health of the Israeli economy. “The schools are not just about matriculation. The students should be citizens and part of Israel. We are educating them to have solidarity for Israel. If they don’t, by 2028 haredim will comprise 40 percent of first-graders, and those students, if they grow up with no secular knowledge, will bring down all of Israel by the time they are adults. There will be no one to work.”

Bombach noted that he is not trying to “change the haredi” or rock the boat in terms of belief systems. “But people need to finance themselves, and have respect for others and gratitude. If you meet a mainstream haredi now, he is confused with all the language and technology barriers he has. He has no answers to the big questions.”

The rabbi noted that he has been catapulted to fame since his video went viral, and a number of moving experiences have resulted from it. One example: “A guy came to me from the Chabad community. He said, “My grandmother is a Holocaust survivor who lives on a kibbutz; she doesn’t want anything to do with us because she hates the haredim and how they are anti-Zionist. After the viral video, she called and said she saw another kind of haredim. She said, ‘I want to renew the relationship.’ 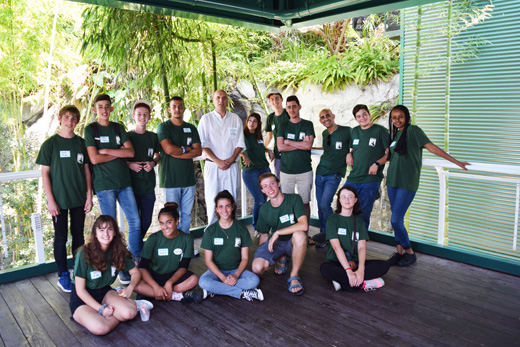 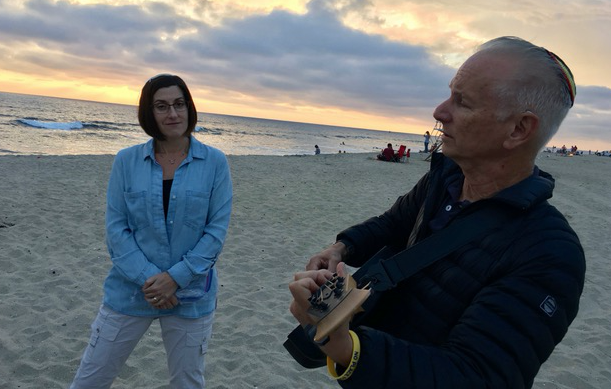 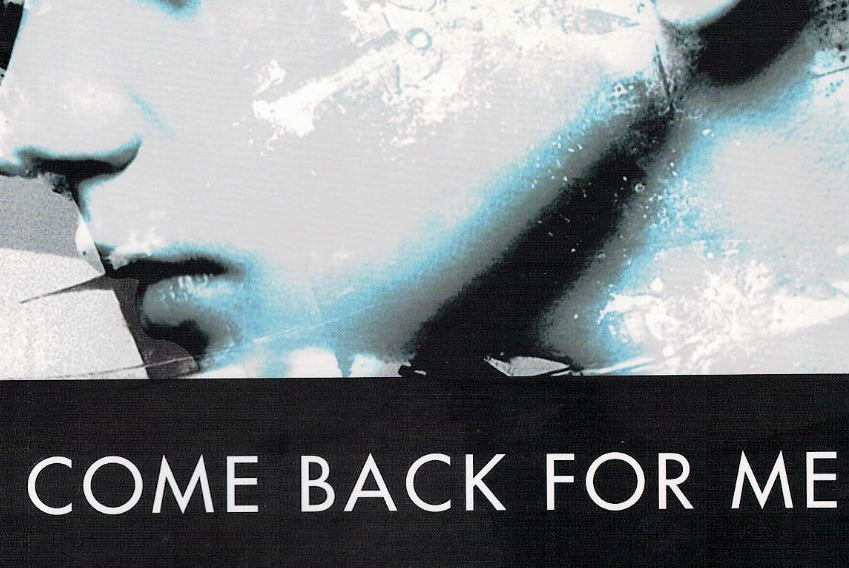