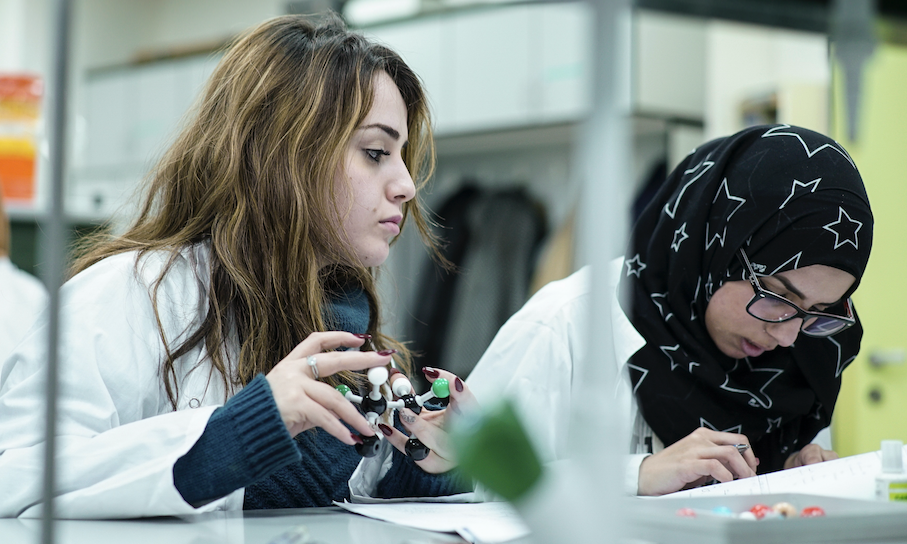 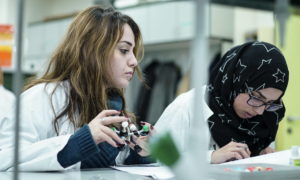 Twenty-year-old Balqis Amireh would never have had the chance to study biotechnology if it weren’t for Hadassah Academic College (HAC). And 21-year-old Audelia Sebag would likewise have missed out on her future in biotechnology if the school had not provided an environment where she could be comfortable.

Amireh, one of six children of an East Jerusalem Israeli Arab family, and Sebag, the daughter of a rabbi from Morocco, are part of a concerted investment by the Israeli government to create a new generation of tomorrow’s hi-tech professionals. “The school is opening doors for us,” says Amireh. “And everyone here is comfortable with each other.”

“My parents are really proud that I will be able to work in a good field that I love,” says Sebag. “And to be able to learn with other religious girls, it’s just a great opportunity.”

The college — founded in 1970 by Hadassah, the Women’s Zionist Organization of America, to provide Israelis job training — received academic accreditation in 1996. It retains the name even though it has been independent for more than a decade now.

In 2016, when Israel’s Education Ministry put out a call for a substantial increase in Israelis formally trained in computer science and other hi-tech fields (and sweetened the pot with generous funding earmarked to train students from the haredi, Israeli Arab and Ethiopian communities), the college was ready for the challenge.

At the time, Israel’s Education Minister Naftali Bennett emphasized the investment the government was making on integrating “the ultra-Orthodox, Arabs, Ethiopian immigrants and the periphery.”

And though the school is true to its mission of training Israelis to succeed in a variety of fields, the fields themselves reflect the seismic changes in the workplace in the last five decades. Today’s popular majors include increasingly in-demand computer sciences, as well as biotechnology, lab sciences, optometry and communications disorders.

“Our entire program is designed to help [students] succeed in every way, preparing them well for these fields that are in such increasing demand,” says HAC president Bertold Fridlender. “And here in Jerusalem, where these groups all live, it’s the perfect place to bring them together in a program designed to bring them into the workforce with rewarding employment.”

Another major theme associated with the college is to help create a level playing field for all Israelis.

Of the students, 20 percent are Christian or Muslim Arabs. Since many come from disadvantaged families, they often receive government-funded scholarships. There are also 900 haredi students at HAC, of which 70 percent are women.

Additionally, more than 80 students are from Ethiopian Jewish families, while nearly 170 students are immigrants from elsewhere, mostly from France, Ukraine and Argentina.

Meanwhile, the school has also been open to many students who may face barriers elsewhere. Half of the students are the first in their families to study towards a college degree, while some 450 have learning disabilities, and 111 have a physical disability. And for the first time, 10 students with Asperger’s syndrome are studying at the college.

“We have students with every kind of challenge, from physical and mental to language barriers to holes in their education that have to be filled before they can learn here,” says Challenge Center Director Ofra Rotem. “We get to know them as individuals and then put together a program of what each one needs.”

The formula appears to be working: In the last four years, the college has doubled its enrollment to 4,000. It boasts one of the highest rate of growth of any Israeli college or university.

One additional attraction: The career center, which makes it their business to place every student who completes the program in his or her chosen field. On staff are counselors who are haredi, Ethiopian and Arab, with a deep understanding of the communities these students come from.

Perhaps more impressive than the 93 percent of students who successfully complete their degree is the 85 percent who find work in their trained fields. “High-tech is changing so rapidly that the need for trained professionals is soaring,” says computer-science chair professor Yoram Biberman. “We also make sure they have the solid background and knowledge that, no matter what new developments come along, they will be able to function well.”

To make sure they succeed, haredi and Arab students require special services. These include Hebrew courses for Arab speakers (the curriculum is taught in Israel’s official language), and separate classrooms for haredi men and women.

To maximize success in a curriculum that melds academics with hands-on training, haredim often also need coursework to catch them up on math and other secular subjects since they focused primarily on Jewish learning.

“This is a place where they’re respected and accepted,” says Rivky Yeruslavsky who heads up Lomda, a program that’s job-trained haredim for 26 years. “The goal is to bring them to a place where their families can have a solid financial future.” On her wall hangs the famous Maimonides quote: “Give a man a fish and you feed him for a day; teach a man to fish and you feed him for a lifetime.”

Lomda now partners with HAC to provide the 900 haredi students a full academic degree program, identical to the one offered at the main campus but in a separate building. Since some 60 percent of the costs are covered by the government, the program is affordable for students who already have families to support.

As the eighth of 10 children of American-born parents and the first to attend college, 21-year-old Shmuel Gartner is studying towards becoming a psychologist to help children in the haredi world who struggle with ADHD. “School is opening my eyes to a new world,” says Gartner who, after eight years in yeshiva, is now carrying a course-load including math, English and science. “But it’s good to be learning with other students who come from my world. And even the teachers who aren’t religious have become sensitive to how we live our lives.”

“Our aim here is social mobility,” says Shimon Arbel, HAC’s director of institutional advancement, who works to raise awareness and funds to support the school’s mission. “Here, they learn together and respect each other. It’s a win-win for their families and for the future of Israel itself.”

It’s clear that psychology student Gartner is one of those winners.

“In my religious community, people do understand that the world is changing, and to succeed you have to open your eyes and take in the bigger picture,” he says. “The truth is I’m learning to be a better person here — more understanding, better able to help others. And learning to communicate better with different kinds of people actually makes me more religious,” he adds.

In fact, with his wedding just four months away, among those he hopes to communicate better with is his future wife. “At least I hope so,” he adds with laugh. “That would be a real added benefit.” 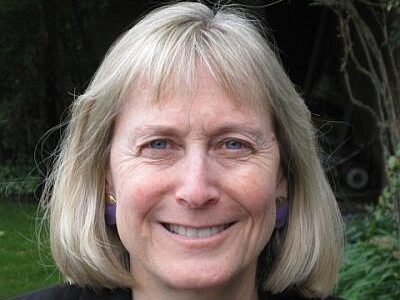 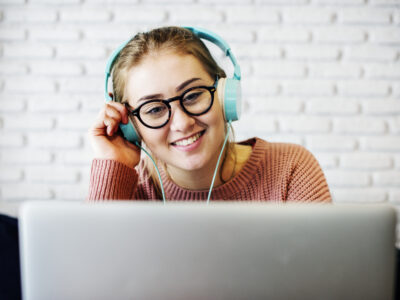