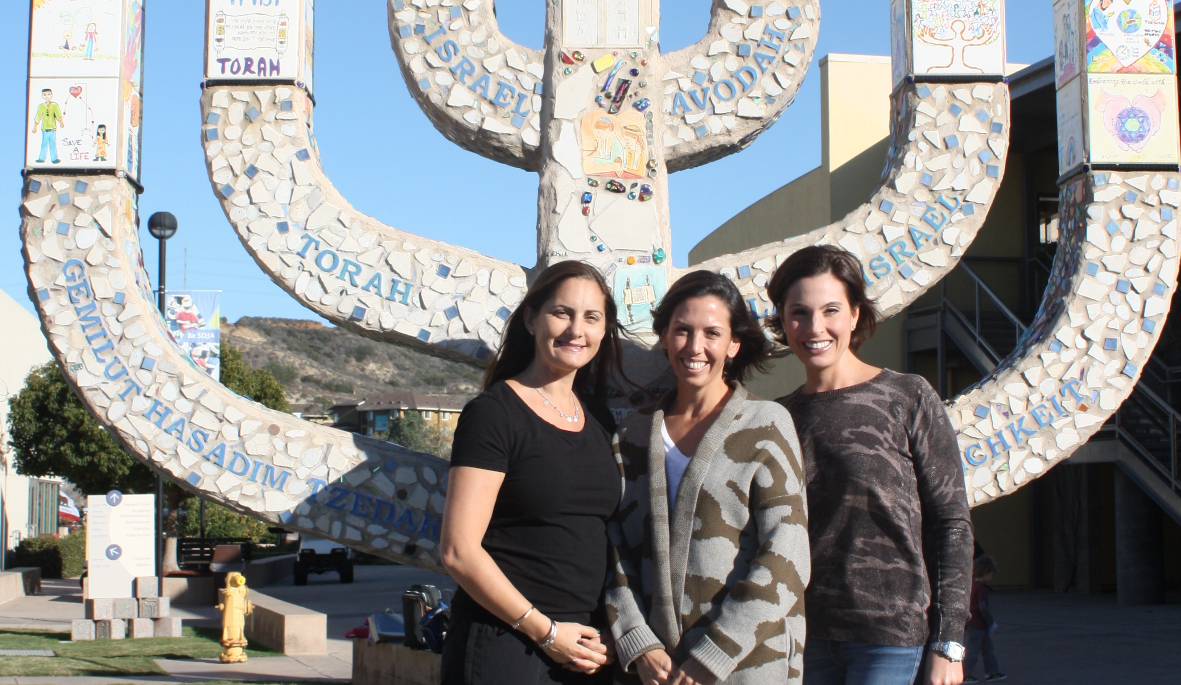 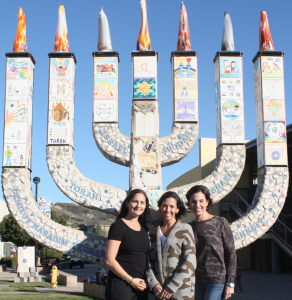 Standing outside San Diego Jewish Academy’s (SDJA) Maimonides Upper School quad looking west from the 56-acre campus, one can see over the school’s award-winning athletic fields straight out to the Pacific Ocean. It’s a clear day and all of Carmel Valley is visible.

But SDJA’s future wasn’t always that clear. Back in the spring of 1979, 15–20 parents sat in a small room discussing a dream—to create a new school to serve San Diego’s growing Jewish community.

“I had a daughter preparing to enter kindergarten,” says Charles Wax, a successful San Diego businessman and SDJA’s Founding President. “I was asked to attend this meeting to discuss the idea of creating a new school—one where I would be willing to send my daughter.”

That was March of 1979. The group’s goal: to launch a new school by September.

“I didn’t want to fail,” says Wax. “I thought we could create something special; something that would appeal to more of the community. We made arrangements with Tifereth Israel Synagogue for our location, but we still had to hire a principal … and teachers … and there was so much to do.”

Wax was determined to accomplish what he and the others had set out to do. He spent most of his time fundraising and many of his evenings attending meetings that lasted nearly until midnight.

“We met with a lot of resistance,” says Wax. “But we did it! In six months’ time we opened our K–5 school—San Diego Jewish Academy—with 94 students.”

That was just the beginning. SDJA still had to recruit students. They needed to gain their parents’ trust and they had no track record.

“I remember Chanukah of 1979 we had our school dedication,” recalled Wax. “The Rabbis spoke like it was a miracle. And perhaps it was. Many in the community didn’t believe it was possible. But we did it—in six months!”

Wax’s and the others’ persistence and attention to detail paid off. SDJA quickly grew at its San Carlos location and not long after added a second campus in La Jolla—at Beth El. The decision was made to not only move to La Jolla, but to also open a middle school. SDJA had grown way beyond its founders’ wildest dreams.

Fast forward to the new millennium and you find SDJA atop its perch overlooking Carmel Valley.

“I got involved with SDJA around 1992,” says Ann Jaffe, a former parent, Board President and ongoing supporter of SDJA. “We had one campus in San Carlos and one in La Jolla.”

Jaffe recalls the school’s 18th anniversary celebration and the general thinking was that “we had come a long way.”

Claire Ellman, SDJA’s president at the time, was looking for a way to unify the school. They needed to find space as SDJA was adding more students every year.

“I was on the committee to look at various locations for the new campus—and now everyone wanted SDJA in their backyard,” recalled Jaffe. “The Jewish population was really finding its center in the north coastal region, so the Carmel Valley location was the best choice.”

Three parcels were joined together to form the now 56-acre campus.

“I think of the school’s location as the envelope,” says Jaffe. “But what’s inside the envelope—the school—is what’s really exciting!”

San Diego Jewish Academy opened in Carmel Valley in September of 2000 and the campus dedication ceremony and Torah processional—where Ann helped lead the way along with Rabbi Ralph Dalin—was held in January, 2001. At that time, SDJA was a K–10 school.

Ann and her husband Richard are long-time supporters of SDJA, always willing to serve on various committees, and their children attended and graduated from the Carmel Valley campus—now aptly named “The Jaffe Campus.”

“The reality is now bigger than the dream,” says Jaffe. “When I see the little children on campus, it’s an amazing feeling. My heart just bursts knowing that these children are being nurtured and are getting the full experience of knowing what it is to be Jewish.”

As SDJA prepares to celebrate its “double chai” (36th) anniversary, Jaffe hopes that more students will enroll because of the excellent education at SDJA.

Jaffe is not alone in her hopes and dreams for SDJA. The school’s current leadership respects the vision and hard work of its dedicated founders and ongoing supporters.

“As the board chair of SDJA, I spend a lot of time thinking about all of the determination and passion that got the school to where it is today,” says Theresa Dupuis, SDJA’s Board of Trustees President. “Years and years of amazing leadership, of tireless dedication, and visionary thinking have culminated in a school of which we are all very proud.”

Students at SDJA graduate as learned scholars, educated and passionate Jews, and as true citizens of the world.

“It is our time now as parents, as leaders, as community members to make sure that our SJDA continues to raise the bar on excellence,” says Dupuis, “and continues to be a critical part of our San Diego Jewish future.”

SDJA recently opened an Early Childhood Center, which includes their Beit Yeladim infant care center and a preschool, and now the school serves children from 6 weeks old through high school. As was true from the very beginning, SDJA’s parents are fully integrated and active in promoting the school.

“I started as a student here in the first grade,” says Sonia Mandelbaum, an SDJA parent and one of three members of SDJA’s 36th Anniversary committee. “Celebrating SDJA’s 36th anniversary is like coming full circle. I was a student, my husband was a student, and now seeing our three children here is truly an amazing experience.”

The Double Chai celebration is about bringing together this wondrous community and showcasing the many accomplishments and recognizing all the people whose vision, dedication and generosity have enabled SDJA to become what it is today.

“It is also an opportunity to re-emphasize why we all chose SDJA,” says Mandelbaum. “The excellent education is a given that all parents expect when they send their children to private school. But SDJA goes beyond that to teach the intangible qualities that differentiate ordinary people from the extraordinary ones; tzedakah, compassion, empathy and kindness.”

SDJA’s 36th Anniversary celebration involves a gala event on February 27, 2016. The International Black and White Soiree will be an evening full of fun, music, dancing and celebration.

“This gala is going to be the best event that SDJA has ever hosted,” says Tamara Klein, who is on the 36th Anniversary committee and is a current SDJA parent whose husband David was one of SDJA’s first students. “Regarding the event name, we wanted the event to be very elegant so the black and white represents that and the word ‘international’ represents the diversity at our school, as we have families from all over the world.”

Beyond a celebration, the International Black and White Soiree is all about looking back as well as looking to the future.

“The piece that is most striking to me about looking back as well as looking forward is that the parents from three decades ago wanted the exact same thing that current parents want today,” says Heidi Silberstein, the third member of the 36th Anniversary committee, a current SDJA parent and a former student.

“We all want our children to receive an exceptional secular education and, of equal or more importance, we want our children to grow into productive, accountable, empathetic, generous and creative adults whose moral compass is rooted in our Jewish traditions and beliefs. Furthermore, we want to raise our children within the SDJA community together as an extended family. These goals and ideals have remained unchanged for over 36 years and I suspect, will be the same 36 years from now.”

For more information on SDJA’s double chai anniversary gala, as well as other celebratory events throughout the year, please visit SDJA.com or call (858) 704-3700.