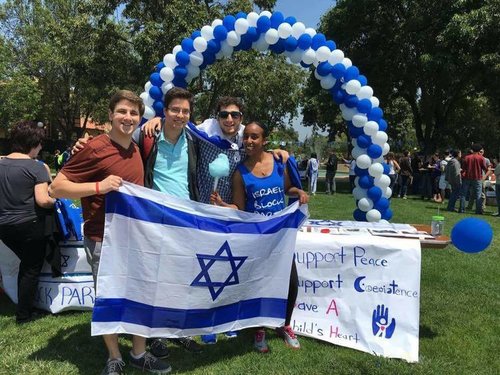 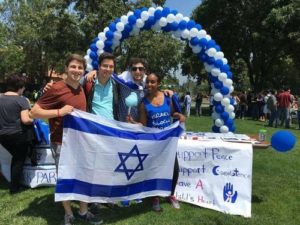 The new leader of a pro-Israel program working on more than 120 North American college campuses is seeking to raise awareness about the Jewish state’s diversity.

“Israel is often stereotyped, but every Israeli is unique and together, they are a diverse people,” said Michelle Rojas-Tal, the newly appointed director of the Israel Fellows program, a joint initiative of The Jewish Agency for Israel and Hillel International. “As someone who grew up in an interfaith family in inner-city New York, I genuinely relate to Israelis and the Israeli story. As a Jew, I am inspired to help other young people appreciate and build the connections they have to Israel.”

Born to a Jewish mother and a Hispanic father, Rojas-Tal is an internationally acclaimed presenter and speaker, and has spent the last decade as diaspora education director for the pro-Israel group StandWithUs International. In 2013, she was chosen as one of The Jerusalem Post’s six “women to watch” in global Jewish leadership circles. Yahal Porat will serve alongside Rojas-Tal as the program’s new assistant director.

In her position with StandWithUs, Rojas-Tal has advocated for Israel in South Africa, Australia, North America and Europe, where she said she has “taught and learned from so many people.”

“The Israeli people are my motivation,” Rojas-Tal said. “I wasn’t taught to love Israel as a child. I fell in love with Israel as a young adult at Hillel when I learned about Israel as a real and complex place.”

Rojas-Tal said her first priority in the new position is “to empower the 75 Israel Fellows,” who cultivate relationships with more than 17,000 students and recruit thousands of young Jews to participate in Birthright Israel trips as well as other immersive programs involving travel to Israel. The fellows serve up to three years in North America.

Israel Fellows aim to organize campus events in which students from different cultures can discover shared values, fostering a climate of mutual respect. For instance, Shachar Levi, an Israel Fellow at the University of Texas at Austin, said in 2016 that he brought together Indian students celebrating Diwali and Jewish students celebrating Hanukkah around the same time, marking the festival of lights for both cultures. Levi also organized a “Pride Shabbat” in which Jewish students connected with the LGBT community; an immigration-themed Passover held together with a Hispanic student group; and a block party in which 5,000-7,000 students learned about the IDF as well as Israeli culture, politics, minority rights, food and music.

“I want to receive the call from an Israel Fellow full of excitement because she brought a new student to a Hillel event, and that student was inspired to connect with an Israeli NGO,” Rojas-Tal said. “I want to open an email and read that an Israel Fellow registered a student for Birthright who then came back to campus and organized an educational program about Israel with another student group on campus.”

Natan Sharansky, chairman of The Jewish Agency, called the Israel Fellows program “one of our flagship initiatives.”

“It was created with the goal of encouraging Jewish students to create meaningful and lasting ties with Israel and strengthen their Jewish identity,” he said. “I am excited to welcome this incoming leadership and look forward to seeing them grow the program even further.”

“Israel education and engagement are part of Hillel’s core mission and vision, and Israel Fellows bring the country’s people and society to life every day for Jewish students,” said Eric Fingerhut, president and CEO of Hillel International.

Each Israel Fellow “has a unique Israeli story to tell,” said Rojas-Tal, who proceeded to quote the Jewish sage Hillel’s “If not now, when?”

“The Israel Fellows are Israel’s now,” she said. “I want to help them share their stories to help American Jews build lasting connections to Israel.”

Check it out: Learn more about the Israel Fellows Program at hillel.org/jewish/hillel-israel/jewish-agency-israel-fellows