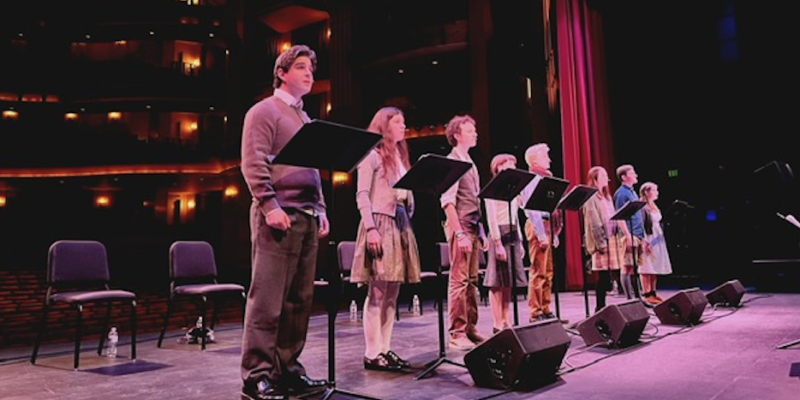 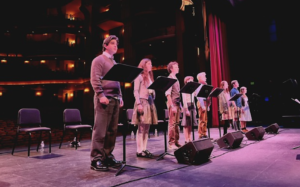 WITNESSES, making its world premiere at California Center for the Arts, Escondido (CCAE), July 15-30, is a riveting, heartfelt and incredibly powerful theatrical event based on the diaries of five Jewish teenagers during the Holocaust. As the audience watches each of their unique stories unfold, they become witnesses themselves to the events that transpired, viewed through the innocent, yet compelling eyes of Jewish youth.

The concept itself was unique, taking each of the diaries and pairing them with a different musical theatre songwriter or songwriting team. Each team was asked to write three original songs based on the diary they were assigned, giving each of the diarists their own voice. Tony award winner Robert L. Freedman (A Gentleman’s Guide To Love & Murder) was tasked with writing the book of the show which weaves the 16 original songs together using additional text from the English translations of each diary.

Jordan Beck, who serves as CCAE Theatricals’ Managing Producer, along with his writing partner Gerald Sternbach, is one of the contributors to the show’s score. He first came up with the idea for WITNESSES after reading excerpts from several of the diaries. Almost immediately, Beck had the thought to split the writing duties up between different teams. This of course was not an easy endeavor, and it was not until he and his producing partner, CCAE Theatricals’ Artistic Director J. Scott Lapp were brought on board at CCAE in 2020, that WITNESSES could finally take shape the way he had always imagined.

All but one of the diaries are out of print, making the acquisition of the other four manuscripts in their entirety a challenge in itself. Beck had already found used copies of three, but the other two required some deep diving into the world of online used bookstores. After reading all five diaries, CCAE commissioned five teams to musicalize the different stories. Adam Gwon (off-Broadway’s Ordinary Days) was given the diary of Moshe Flinker. Matt Gould (composer of Lempicka at La Jolla Playhouse) was given the diary of Yitskhok Rudashevski. Mindi Dickstein & Carmel Dean (both of whom have extensive Broadway credits) took the diary of Éva Heymann. NYC based songwriter Anna K. Jacobs was paired with the diary of Renia Spiegel and Jordan Beck & Gerald Sternbach wrote songs for Dawid Rubinowicz.

A two-week workshop of the show was held at CCAE in November 2021, culminating in two private presentations for an invited audience. The writers went back to work fine tuning their material, and the production is gearing up for rehearsals throughout June. A team of seasoned designers have been brought on board for the fully staged production which features an exceptionally talented cast of young adult performers and a live seven-piece band. This is a truly remarkable production, transporting you to a heartfelt, personal and compelling journey of those bearing witness to the atrocities of a time in which we are strongly yet eloquently reminded, “Never Again.” WITNESSES delivers. A must see for not only our youth, but for all members of our community.