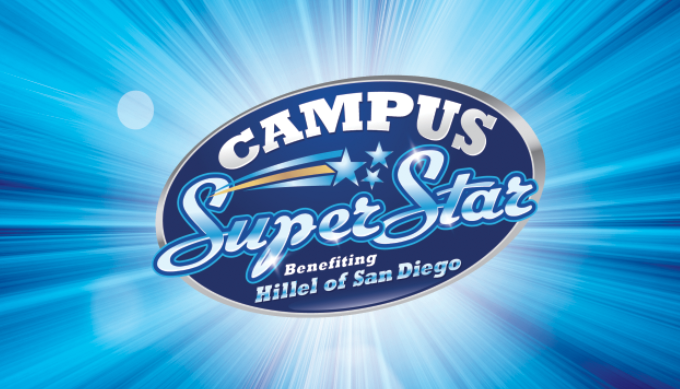 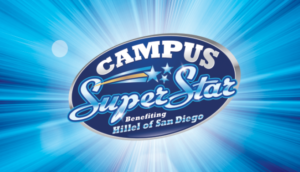 Following sold out shows in 2015 and 2016, Campus SuperStar, one of the most talked about community events in San Diego, returns March 18 to The Auditorium at The Scripps Research Institute in La Jolla. Hosted by Hillel of San Diego, this unique program will feature eight collegiate vocalists competing for a $5,000 cash prize at the “Broadway-esque” finale. Emcee for the evening will be non other than L’CHAIM Magazine‘s own Salomon Maya.

After completing a month of auditions, seven of the finalists will be selected by professional judges. New this year, fans will vote online to select the eighth and last finalist prior to the show. At the finale in March, the eight finalists will perform their song — which can range from opera to pop to country — with a live band in a full theatrical performance. At the event, judges, utilizing criteria including quality of vocals, stage presence and presentation, will narrow the field down to three. The audience will then select the next Campus SuperStar!

The exciting and exhilarating night showcases the dynamism and diversity of San Diego’s next generation, in support of Hillel’s work at four universities across the region. The organization serves as an anchor to support Jewish students in enhancing their overall college experience.

Rabbi Singer’s dedication and enthusiasm to both Hillel and the students is contagious. After learning about all of the opportunities on campus, this writer recalled from her own college experience how vital Hillel is as an organization has been in drawing Jewish students together.

“Campus SuperStar is a thrilling night that showcases the best of Hillel, bringing together hundreds of community members in celebration of our mission, as well as recognizing the contributions to Hillel and the Jewish community of the evening’s honorees: Robert Lapidus, Robin Madaffer and Jackie Tolley,” added Singer.

Any full time college student in San Diego County is welcome to audition for Campus SuperStar. After the finalists are chosen, Campus SuperStar Musical Director Cris O’Bryon coaches each of them to obtain the best possible results and elevate them individually. With more than 20 years of experience on stage and behind the scenes as director, accompanist, teacher, actor and voiceover artist, Cris works with each student to uncover their unique voice and allow them to step into the spotlight.

In addition, Cris also brings the show together acting as director and producing the “American Idol” type atmosphere. Working alongside Cris during the show, emcee Salomon Maya will bring his own unique flair to the evening. In addition to being a regular writing contributor to L’CHAIM San Diego Magazine, Salomon has hundreds of acting credits in shows around San Diego, as well as films and commercials. He has also performed as a stand-up comedian at The Comedy Store in La Jolla and Hollywood.

“Every year, the numerous elements of the show — the performances, the recognition of the honorees, the live voting – have come together flawlessly, thanks to Cris O’Bryon. Having Salomon as emcee will just make the event that much more enjoyable this year,” concluded Singer.

Campus SuperStar 2018 is being chaired by Dan and Alison Gardenswartz and presented by Carleton Management. Limited tickets remain and are available online. Sponsorships are also available. As a sponsor, you can be part of one of the most exciting and talked about events of the year. To become a sponsor, or learn more, contact Amy Hart, the Lori Bolotin Director of Development, at (858) 550-1792.