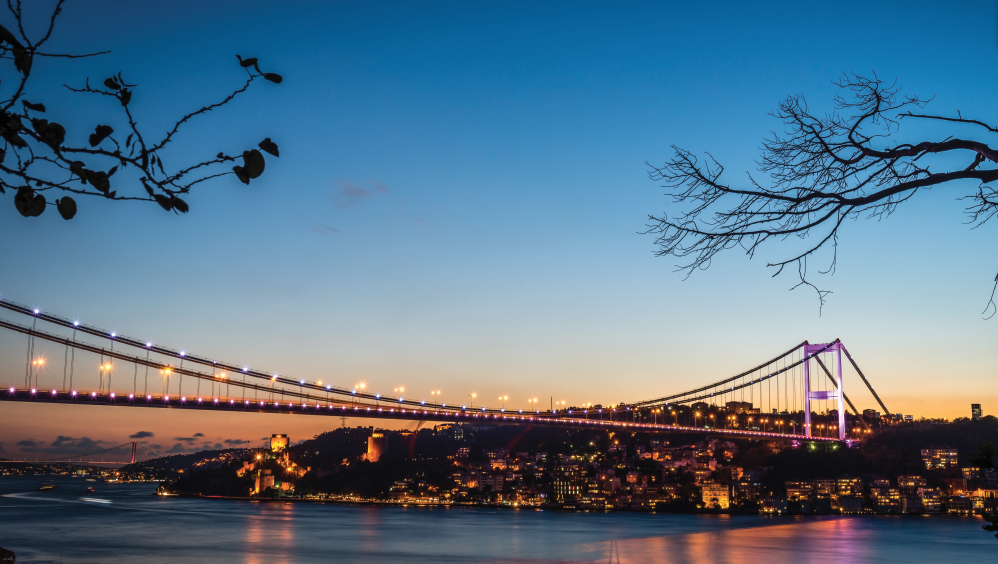 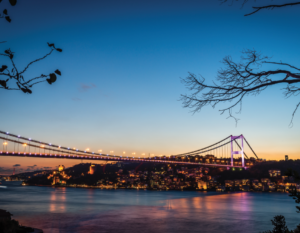 “We have to keep Judaism alive and sparkling. The younger generation is moving away from religion and becoming more secular. So we need some sparks, energy, and enthusiasm,” says Sami Azar, a volunteer with the Turkish Chief Rabbinate Foundation—the Jewish Community of Turkey, otherwise known as the Turkish Jewish Community Center or TJC.

Azar, who lives in Izmir, runs a smaller JCC program about a 45 minute plane ride from Istanbul, where two larger JCCs are established. In his town of nearly 4 million people, only about 1,700 are Jewish.

“In the last 10 years, we have had 387 deaths and only 38 births,” notes Azar during a recent interview in Jerusalem. He and his colleague, Tuna Alkan, who volunteers with youths between ages 18 and 35 through the Istanbul TJC network, attended the JCC Global 2015 World Conference from Nov. 3-6. Somewhat isolated as a Jewish community in a Muslim-majority country where Jews are forced to keep a low profile, Azar says the conference helps her to “feel more motivated. … It is very good for us.”

The institution of the JCC in Turkey is different than the traditional model in the United States, whose pillars are early childhood, camping, health, and recreation. In Turkey, the JCC is “really the center for the Jews to feel safe and they feel that is their community,” explains Smadar Bar-Akiva, executive director of the JCC Global organization in Jerusalem.

Alkan, a dentist by profession, says life is not as bad for the Jews in Turkey as it might appear in the news. While she admits that the current Turkish government—led by President Recep Tayyip Erdogan, and Islamist—doesn’t “agree with anything Israel does,” she says the government tries not to take out its frustration with the Jewish state on the local Jewish community.

“The leaders say in Turkey that Jews are citizens and the problem is Israeli politicians. We are guaranteed our rights as citizens—security, everything. Do I feel like that is true? Yes,” says Azar.

“We haven’t had anything in the streets in a long time,” adds Alkan. “I feel safe.”

She also feels that there is a future for Jews in the Muslim-majority country.

“In Turkey, we survive our Jewish life,” Alkan says with a smile, taking a trip back in history. Jews have lived in Turkey since Hellenic times. There are several historic synagogues there, including a synagogue in Sardis that dates back to the Third Century CE.

The majority of Jews arrived in Turkey in 1492 from the Iberian Peninsula, after the Spanish expulsion. Today, there are estimated to be as many as 18,500 Jews throughout the country. The majority of them (17,000) reside in Istanbul. Some 96 percent are Sephardic and the other 4 percent are of Ashkenazic descent.

“Even though we are small, we are very successful,” says Alkan. “We have very famous artists, academicians, very successful businessmen and women and some very well-educated people working in very famous international companies at high levels. Really, we are doing okay.”

Through TJC. families can take part in a number of Jewish opportunities ranging from youth and family clubs, synagogues (Turkey has 19), social support organizations, Jewish day schooling (640 students are enrolled), Jewish kindergartens (two, with about 200 children each), and a Jewish newspaper (Salom). There are shochtim (kosher slaughterers), mohelim (ritual circumcisers), cantors, a burial society, a mikvah (ritual bath) and kosher butchers.

One initiative that Alkan is proud of started four years ago in Istanbul.

“We have about 350 to 400 families in need,” says Alkan. “We try to provide them with food, money—everything they would need. So a group of women started volunteering to do kosher catering. They started like amateurs. Now, they do really, really wonderful things. They have a big catering business—so big that this catering company is giving the kosher meals to Turkish airlines.”

A portion of the proceeds are still given to the Turkish families in need, helping to continually sustain them.

The new programming for young adults that Alkan runs is meant to halt a rapidly growing rate of intermarriage. She says there is an intermarriage rate of around 34 percent in Istanbul; Azar says the rate is around 20 percent in Izmir.

In many Muslim countries, intermarriage between Jews and Muslims is strictly forbidden. In Morocco, for example, Jewish families send their teens to France in high school and beyond in hopes of them getting a Jewish education and having them meet a Jewish spouse. Intermarriage is forbidden there. In Turkey, however, it is welcomed—or at least not shunned.

“By Turkish law it is okay. By Jewish law it is not okay,” says Azar. “For us, the assimilation needs to drop—that’s why we are doing so many activities to attract young people.”

Bar-Akiva calls the JCC an important venue “to socialize as a Jew and keep Jews Jewish.”

“In many places there is competition between the JCCs and other Jewish institutions or even non-Jewish institutions. In Turkey, the JCC is place to congregate and study about traditions. It is not just a music class or a lecture,” says Bar-Akiva.

She adds, “All Jews are responsible for one another. With the global JCC movement, we are really trying to breathe life into [this phrase] and to turn it into action.”