Most people know there’s cutting-edge scientific and technological research occurring in the San Diego region. But as noted by the artists in the current exhibition at the San Diego Art Institute (SDAI) in Balboa Park, you have no idea!

Silverman is quick to point out that her role is to oversee exhibitions and that ILLUMINATION could only occur through the efforts of curator Chi Essary, the participation of seven of San Diego’s leading scientific and research institutions, and the thoughtfulness, skill, and daring of 26 highly imaginative artists.

“All exhibitions are the results of a collaborative process,” Silverman says, “and our entire small staff is integral to creating every exhibition we stage. Collaboration is essential to the work I do.”

Jacqueline Silverman has every reason to know about collaboration.

Moving from New York City to lead the Center for Jewish Culture at the Lawrence Family JCC in La Jolla – and after running the Jewish Film Festival for many years – Silverman’s knowledge about working with for- and non-profit boards, citizen committees, businesses, advocacy groups, foundations, and individuals is a defining element of her skill set.

As she says, “collaboration is essential in a show like ILLUMINATION because artists are paired with leading scientists, others work independently but rely on technological concepts, and there are events, details, and personalities to be considered – and everyone must stay focused.”

Not unexpectedly, the 26 artists participating in ILLUMINATION have divergent take-aways from their interaction with scientists, technologists, and contemporary research. Some opt for artworks that serve as metaphors for the science they’ve encountered, some use the science as a stimulus to a creative journey they’re already engaged in, and all bring individual experience, a reflective attitude, and sometimes a deeply intimate history to their endeavor.

Artist Becky Guttin met with Dr. Lu-Lin Lang from the Sanford Burnham Prebys Medical Discovery Institute where Dr. Lang is doing research into Alzheimer’s Disease (AD). Guttin recalls hearing certain words repeated over and over: clean, dust, dirt. Beta amyloids that accumulate in the brain and are a sign of AD added “dust” to brain cells. As “dust” accumulated, what had been “clean” became jammed with “dirt.” For Guttin it meant creating a sculptural installation for ILLUMINATION that provides a direct metaphor to the process of going from normal to diseased.

Other artists dealt with issues of sustainability, addiction, climate change, technological surveillance, or simply the wonders of scientific thinking, research, and potential. Because we now live in an era where microscopes provide increasingly finer levels of resolution, it’s possible to see the precise organization of atoms within individual cells as well as see cells multiplying in a 3D environment that look more like astronomy than biology. Research is underway to save lives, reduce pain, serve the planet, and keep us from disease, decline, and degeneration. Those efforts come from thinking that’s linear, non-linear, radical, and just plain ingenious. And all of that is what ILLUMINATION celebrates.

ILLUMINATION: 21st Century Interactions with Art + Science + Technology is at the San Diego Art Institute in Balboa Park through May 3, 2020. Admission is free. www.sandiego-art.og 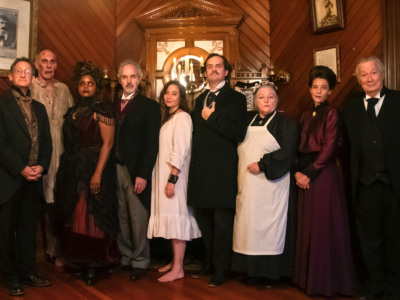 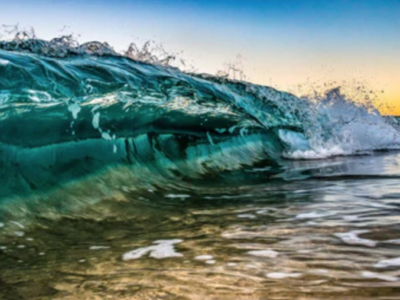