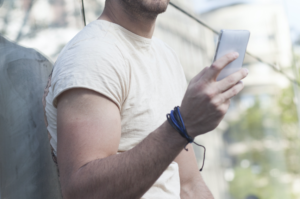 The power that words have can sometimes be immeasurable. Words have ignited revolutions and ironically calmed tensions between squabbling countries as war loomed. Words have mended broken hearts to only break them once again. Words can cut and repair, sooth yet burn. Words are simply the fundamental difference between us humans and the rest of the animal kingdom. Yet in world surrounded by informal communication, status updates and tweets limited to 140 characters, I believe we have now cheapened the linking of words to make nonsensical phrases that truly mean nothing. Gone are the days of Shakespeare and Whitman, giving way to the quick rants of a blogger, follower or Facebook friend. We truly live in a world gone grey. Whereas authors used to paint magical worlds in full color, we now opt to paint in quick Pollack-like strokes composed of tic-tac-toes…hashtags…#GetToThePoint.

As a writer I fear for the future. I fear for my son to grow in a world without books, and I mean the ones you get at book stores (a few still exist). I knew I had to do something to show that words still have power. But I also knew that to avoid the advances in technology would be foolish, hence that tiny little light bulb which burned ever so dimly above my head one sunny summer day. I had an idea.

It all began with a joke between friends but like most ideas, what seemed small and insignificant would lead to a startling social observation on the power of words. All I needed was a smartphone, its messaging app and social media. The rest played out like one of those “choose your own adventure” books I used to read as a kid. I utilized the predictive text on my iPhone to create pseudo life advice. I then posted the “advice” to social media to see who would “like” it and what response I would get.

So if you don’t know how predictive text works, here’s the quick guide. A user opens a message (text or status update) and is given three options to start a sentence. Now I believe this predictive text “learns” the way I type so the predictions might be different for me as they would be for you.

When I opened the Facebook app on my iPhone, I was offered three word choices for a status update: I, The and I’m. Hmmm, where should my adventure start? The only rule I put for myself is that I had to use the three options given to me by predictive text. So I chose “The.” The second three word options I was offered by predictive text were: only, fact and new. I decided on “only” since I was trying to sound smart and “life-coachy.” The next three: one, thing and way. I kept pounding away on my phone and wound up with the following sentence: “The only thing that could make a difference in your life is to be able to see what you think.”

Basically, I was advising my Facebook friends with what Apple thought I should be verbally sewing together. The sentence made no sense! But it sounded deep and thoughtful. It sounded like something you’d see on a banner hanging on the wall of a Beverly Hills yoga studio. Thanks to Apple, I will continue to randomly advise people utilizing predictive text because to be honest it truly isn’t too far from the legitimate advice one would get from a parent, spouse or even therapist. The best thing about this advice though? Unlike my mom, wife or shrink, I can turn it off whenever I please.

By Stephanie Lewis   When our fifth child turned 12, we searched for a more meaningful and less materialistic experience than our other ...
August 7, 20154