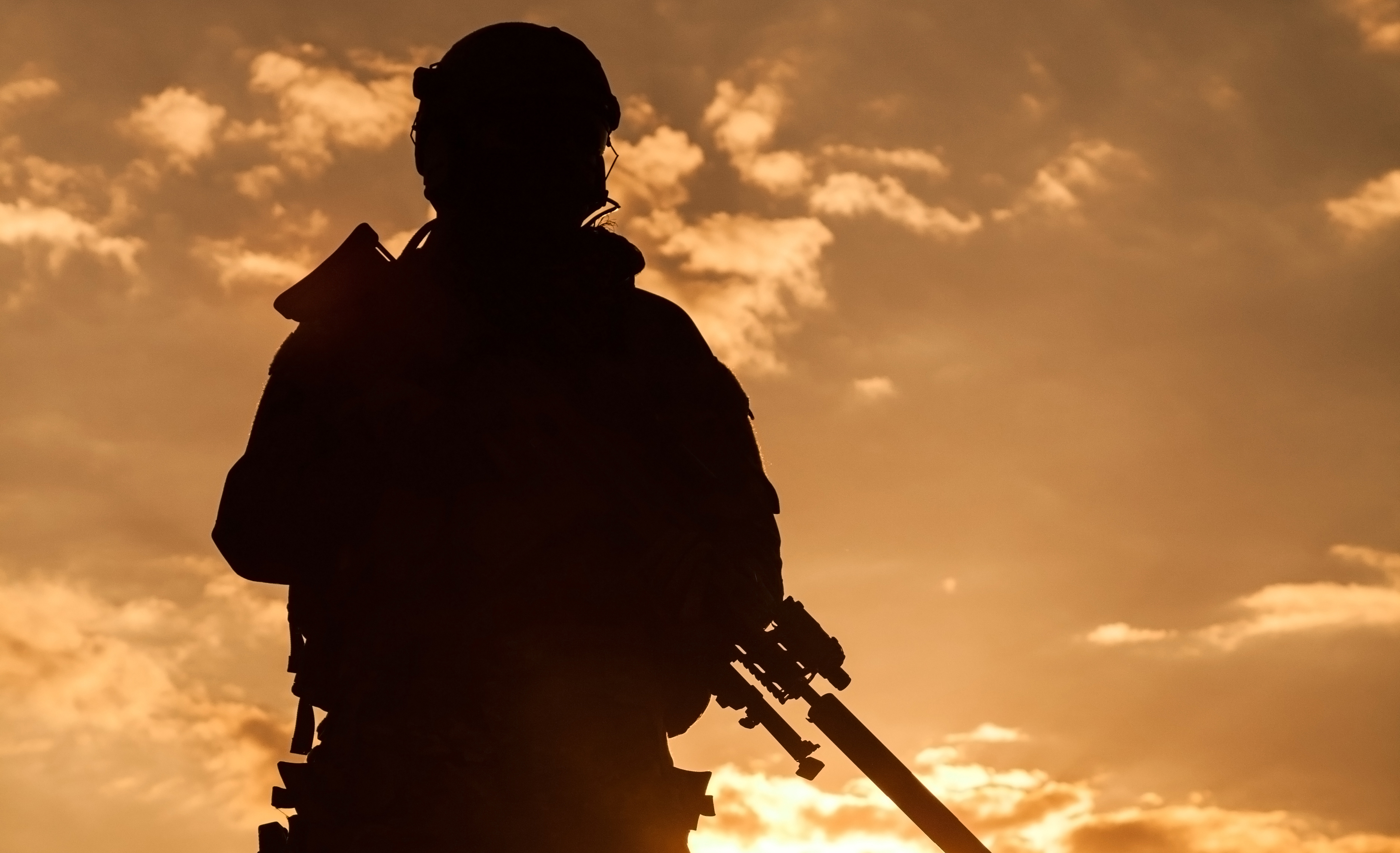 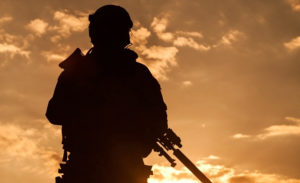 Of course, Israeli Reserve soldiers Ilan and Iyyar can talk about war. Israelis grow up with the threat of it. After high school, young men and women alike are conscripted into the Army, where they learn how to defend their country against external threats. Iyyar, in fact, has earned herself a special place in the history of the Israel Defense Forces; she was the first female officer to be put in charge of how infantry soldiers in the IDF learn when, where, and how to use mortars. She wrote five books on the subject.

The two reservists are touring the Southwestern states under auspices of StandWithUs, delivering talks and answering questions at synagogues, universities, and churches. Within the last week, they’ve spoken at the University of California campuses in Riverside, San Diego, and Santa Barbara; at Cal Poly San Luis Obispo; and at Santa Monica College. From California, they go next to Colorado.

Under the security protocols followed by StandWithUs, the last name of Iyyar can’t be divulged, so this article will have to use her first name in an exception to our normal style of identifying people on second reference by their last name. On the other hand, Ilan is a publicly recognized staff member of StandWithUs—director of the organization’s outreach programs in Latin America and Spain—so we are able to report that his last name is Lopez.

StandWithUs sends reserve soldiers around portions of the United States every year with the triple objective to educate audiences, empower friends of Israel to speak knowledgeably in its behalf, and to combat anti-Semitism. Students on U.S. college campuses daily are confronted with questions that would sound unbelievably ridiculous if asked in Israel, such as “Why is Israel committing genocide against the Palestinian people?” (A: It isn’t.) and “Why are Arabs subjected to apartheid in Israel?” (A: They aren’t).

Alas, says Iyyar, the anti-Israel propaganda, however untrue, has adverse effects on Jewish students trying to stand up for the Jewish State. “One student broke my heart,” Iyyar reported. The student felt overwhelmed by the anti-Israel forces’ confidence, pictures, and loud voices. “Our goal is to empower them, to give them more information” so that the students confidently can serve as volunteer ambassadors.

Whereas in Israel, Arabs and Jews will argue, debate, and sometimes achieve consensus when they meet in academic forums, Lopez said that in the United States, groups like Students for Justice in Palestine refuse to enter into dialogue; their goal being not to achieve peace and understanding, but simply to try to tear down and demonize Israel.

The StandWithUs outreach program to Jewish students in high schools and universities is more necessary than it was in past decades, Lopez said. “We part from the assumption that Jewish kids (in North America) know Israel; that is not the reality anymore. So, we have to make Israel interesting for them; we have to make it part of their lives, and that is what we are doing.” Students are urged to ask the touring reserve soldiers any question they want, none is considered stupid or out of bounds. “We want to show the real face of the IDF and Israeli society,” said Lopez. “We could talk about history and stuff like that, but you can find that on the Internet; the real point is for them to meet Israeli soldiers.”

When they meet Iyyar, they meet a 28-year-old newlywed, who recently enjoyed a honeymoon in India, visiting places with her husband recommended to them by friends who are Israeli Arabs. Iyyar is completing a bachelor of arts degree at Tel Aviv University in a combined major of history, anthropology, and sociology; she hopes to become a social historian, who understands how societies influence the actions and choices of people living within them.

“These are survivors who are lonely and they want social engagement with the students,” she said during a lunchtime interview at a local Mexican restaurant. “Most of the people we volunteer with are over 85. My sister volunteered with one, who is still alive at 97 years old.” Initially, Iyyar applied to be one of the students who makes similar visits but, she admitted, “I was too scared to have that type of very personal relationship, and then have to face their deaths.” Seventy-two years after the end of World War II, Holocaust survivors are dying at an alarming rate each day.

Students who make the visitations sometimes sit and talk in the survivors’ homes, other times go for walks, or to the beach, or out for ice cream. Iyyar said that more often than not, the survivors would rather hear about the students’ lives than talk about their own.

Lopez grew up in Venezuela, the child of a Christian father and a Jewish mother whose mother was a refugee from the Holocaust. Following his mother’s religion, he began to notice a change in Venezuelan sentiment toward Israel when he was 14 years old and he heard someone questioning whether the Holocaust had even happened. “Years later we had an attack on one of the two main synagogues in Caracas. They got in during the middle of the night and destroyed the Torahs, wrote on the walls ‘Kill the Jews’ and ‘Jews go home’ and later the president of Venezuela, Hugo Chavez, went on television cursing Israel and giving its ambassador 48 hours to get out of the country. We stopped having diplomatic relations, and at that moment it was hard for me to be both Venezuelan and Jewish. That was when I decided to move to Israel, and in 2010 I moved by myself, without my family, and I have been there since. I studied political science t the University of Haifa.”

When he joined the army, Lopez was assigned to the IDF unit in charge of government activities within the territories.

“I started to meet Palestinians for the first time,” he said, differentiating between Palestinians who live in the territories, and Israeli Arabs, with whom he studied and worked with in Haifa. “The people I was meeting were people who were coming into Israel to work, to have a normal life, to have medical treatment, or to pray at their sacred places. It was a huge shock for me to come from a tropical country where people are supposed to be happy and friendly, but aren’t when it comes to the Middle East, and then be in the Middle East and living side by side with Palestinians in friendship and cooperation.”

One of the most moving events for him, he said, was an occasion when a 4-year-old child in a Palestinian city “was playing in his house when something that the family was cooking fell on him, and he suffered burns on 100 percent of his body. He was really in bad shape. He was taken to a Palestinian hospital, where doctors told his father there was nothing they could do; he had to dig the grave of his son. When we in the Israeli Army heard about this, we decided to do whatever we could to save this kid’s life. We evacuated him from the Palestinian hospital to Hadassah hospital in Jerusalem and the Israeli doctors saved his life. A couple of days later his father asked us to film how Israel saved the life of his kid.

“So, on one hand we had a Palestinian father saying ‘thank you’ to Israel for saving the life of his little kid, and, sadly, the same day a Palestinian terrorist who stabbed and murdered a pregnant Israeli woman was also receiving medical treatment at that hospital. On one hand there are beautiful people who just want a normal life for themselves and their children, and on the other hand we have terrorists who don’t care about human life, and will do anything they can do to continue their terrorist agenda.”

While StandWithUs has been operating for years on U.S. college campuses, there has not been a similar effort in Latin America. In Chile, which has perhaps the largest Palestinian population outside of the Middle East, the university in Santiago is boycotting Israeli professors and endorsing BDS. Lopez now directs a program to counteract that trend, and to build friendships for Israel throughout Latin America.

Upcoming in Los Angeles, he said, will be a StandWithUs convention at which numerous students from Mexico will be trained to carry pro-Israel messages not only back to their own country but throughout Latin America. Until Israel’s Prime Minister Benjamin Netanyahu traveled this year to Latin America, no previous prime minister of Israel had done so, Lopez said. Back in 1947, Brazil had led the voting in the United Nations General Assembly to partition British Mandatory Palestine and clear the way for the establishment of Israel. Just recently Brazil cast a vote in the United Nations Educational, Scientific, and Cultural Organization (UNESCO) in effect denying the Jewish heritage of Jerusalem. “Brazil is a Christian country!” Lopez exclaimed, pointing out that Christianity is built upon the Judaism of the Bible. “It is super-important that organizations like ours be present there.”

Donald H. Harrison is editor of San Diego Jewish World. He may be contacted at donald.harrison@sdjewishworld.com