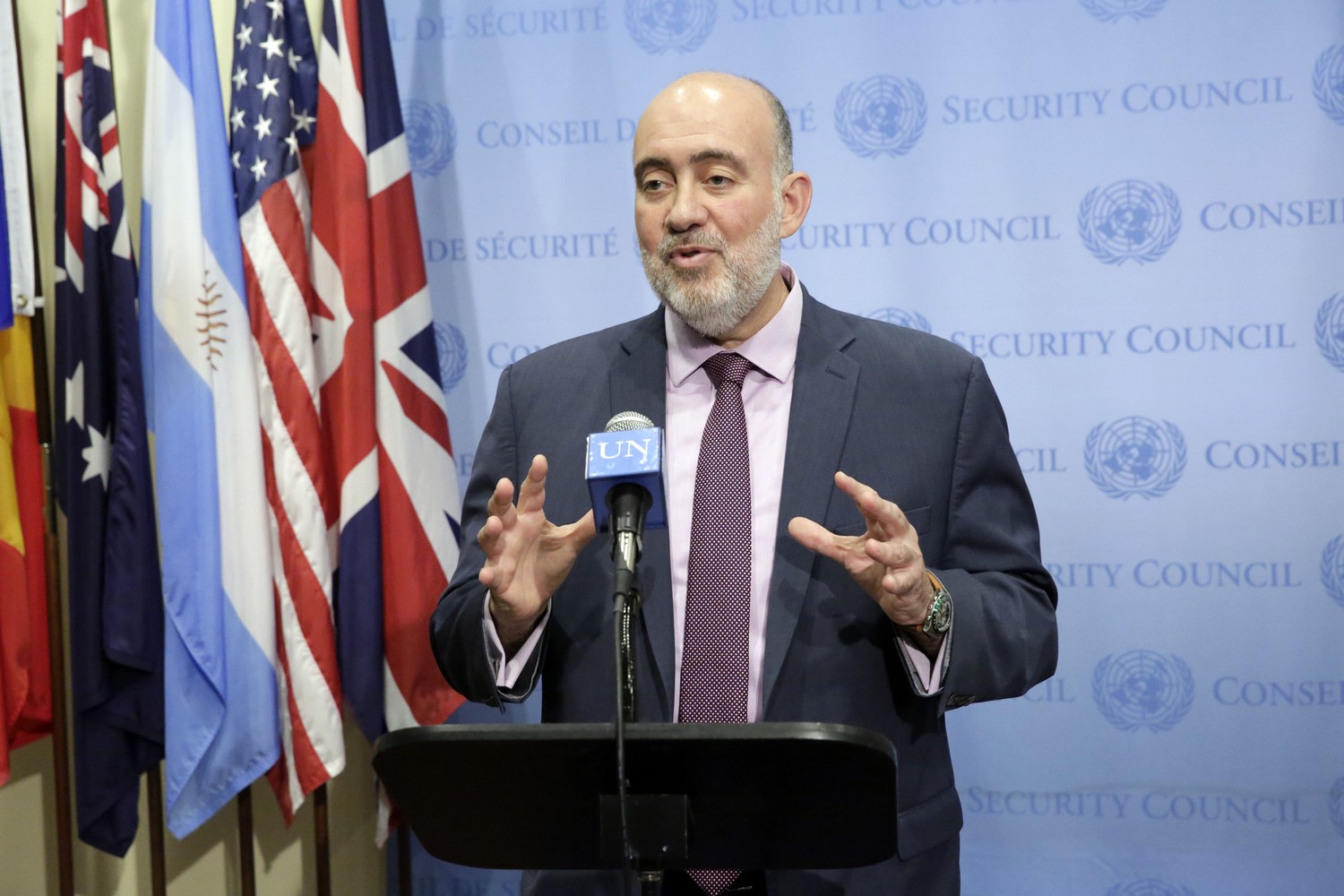 Israeli Ambassador to the U.N. Ron Prosor, pictured here speaking to journalists on July 10 following a U.N. Security Council meeting on the Israel-Hamas war, says it is "about time Jewish employees at the U.N won’t be obligated to work on Yom Kippur." Credit: UN Photo/Evan Schneider.