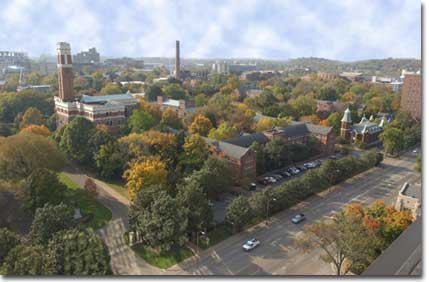 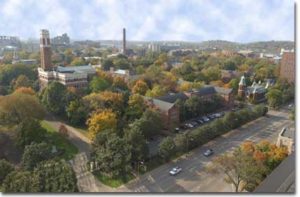 (JNS.org) Vanderbilt University is investigating an incident in which three swastikas were found spray-painted on the chapter house of the Jewish fraternity Alpha Epsilon Pi (AEPi). The anti-Semitic graffiti was discovered on Saturday after a party.

Vanderbilt Provost Susan R. Wente wrote in an email to the student body that “the university condemns the reprehensible depiction of this symbol that since the time of Nazi Germany has come to be associated with hate, anti-Semitism, violence, death and murder.”

“We understand the anguish and pain that this hateful symbol causes and we stand together to condemn any effort to intimidate or send an unwelcoming message to the Jewish members of the Vanderbilt community,” she wrote. “We seek the perpetrators so that they may be held accountable and learn that this behavior is simply not tolerated at Vanderbilt.”

Vanderbilt campus police, along with Office of the Dean of Students, are investigating the graffiti as a hate crime. In late January, swastikas were found spray-painted during Shabbat on another AEPi house, at University of California, Davis.