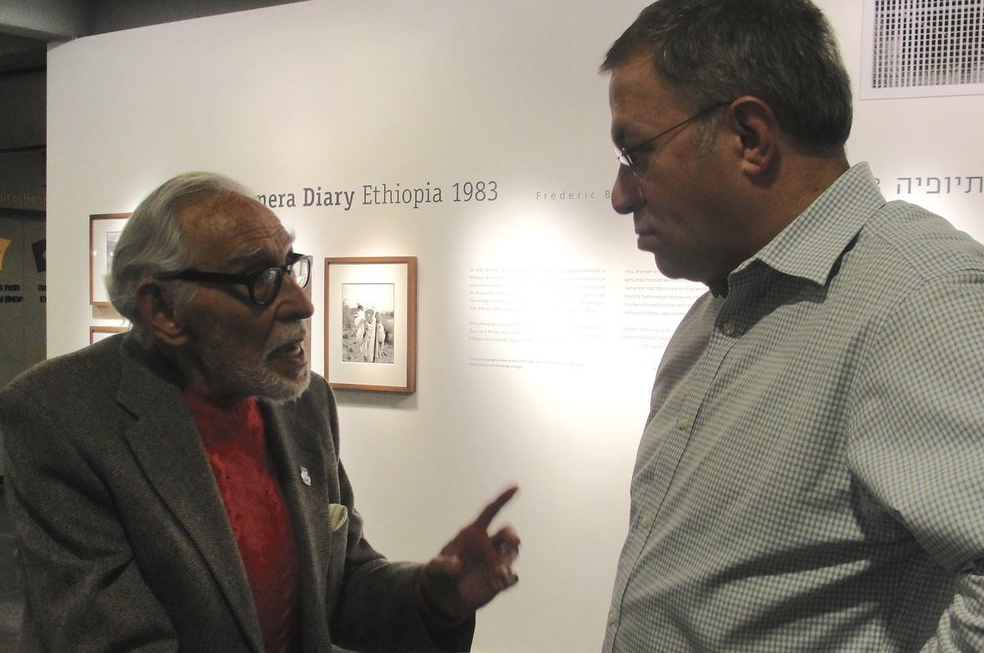 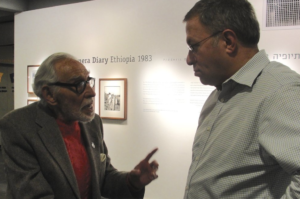 The 1948-1949 War of Independence was Israel’s longest, costliest and most fateful war, says one veteran, who at age 97 still speaks to audiences about his experiences.

Harold (Smoky) Simon, a South African-born accountant who became chief of air operations of the nascent Israeli Air Force in May 1948, is just one example of the kind of person whose story led an American immigrant to create an organization dedicated to preserving and publicizing the testimonies of those who founded the state.

On a recent evening at Tel Aviv’s Beit Hatfutsot Museum, Aryeh Halivni, 42, founder and executive director of the Toldot Yisrael (Chronicles of Israel) organization, introduced the dapper and articulate Simon to a large group of English-speaking immigrants brought together by the Nefesh B’Nefesh aliyah agency. Simon spoke in detail about the role of the 4,800 volunteers from abroad who came to fight in the War of Independence and the importance of the first planes purchased from Czechoslovakia that helped defeat the Egyptian army.

“We have a finite opportunity to capture and preserve the inspiring stories of the incredible generation that enabled the creation of the state of Israel,” Halivni said before screening several short films that featured moving descriptions by elderly Israelis who were drawn as young people to be present at the birth of the state.

Halivni, who made aliyah from the U.S. with the help of Nefesh B’Nefesh in 2002, explains that a main goal of Toldot Yisrael is to inspire an understanding of the need for a Jewish state and to supplement the work of historians who have written about the state’s early history.

“Without oral testimony you can’t understand history,” asserts Toldot Yisrael videographer Peleg Levy, who formerly worked at the Yad Vashem Holocaust remembrance center and has conducted hundreds of hours of interviews for Toldot Yisrael, with subjects ranging from high-ranking Mossad intelligence agency officials to ordinary Jerusalem residents who struggled to survive the siege of the city.

In one set of interviews titled “By Air, Land & Sea: Aliyah Under the British Mandate,” former Knesset Speaker Shlomo Hillel describes how he fled Iraq with his parents and worked in a Haganah munitions factory. Shmuel Gil-Adi recounts his escape from Iraq amid darkness in a covered truck, and the dangerous three-day overland journey he undertook through Jordan to reach Israel.

Concentration camp survivor David Ben David, the only member of his immediate family to survive the Holocaust, recalls in a quiet, controlled voice how he jumped off the overcrowded boat he had shared with hundreds of other desperate Jews for three months, as British troops climbed aboard the ship within sight of the Israeli coast.

“It was Friday afternoon. I struggled exhausted to the shore, with nothing. No clothes, no money, no family, no friends. I kissed the ground as every good Jew would do,” Ben David says. He recalls how he asked for directions to the meeting place of the Bnei Akiva Zionist youth movement, which he had affiliated with in his hometown, and observed his first real Shabbat in years.

Toldot Yisrael has recorded thousands of hours of these kinds of personal stories from more than 1,000 people during the past decade, videographer Levy explains.

“In order to get the full picture of this amazing period of history, it’s important to get testimony from people who were active in every part of it. We have interviews with Palmach, Haganah, Lechi and Etzel fighters. Everyone had a job, and collectively they impacted the British Empire,” says Levy.

“I figured someone must have done this already,” Halivni says. Once he discovered that there was no organized effort to document the stories of the formative years of the state of Israel, Halivni founded the non-profit organization with a steering committee that includes Member of Knesset Michael Oren, a historian and former Israeli ambassador to the U.S.; Ruth Wisse, a professor of Yiddish and comparative literature at Harvard University; and Michael Berenbaum, former president of the Survivors of the Shoah Visual History Foundation.

“I’m not a historian or a videographer, just a guy with an idea,” says Halivni, who worked for several national Jewish organizations in the U.S. and Israel before deciding to quit his job and devote his full attention to Toldot Yisrael.

Today, Toldot Yisrael is housed at the National Library of Israel but is privately funded, mostly by American donors, Halivni notes. The goal is to digitize all the interviews and integrate them with newspapers and photos from the period in order to make it a useable, accessible resource that will be used for educational as well as research purposes.

As is the case with the testimony of Holocaust survivors, time is of the essence. When Toldot Yisrael started a decade ago, an Israeli demographer estimated that the potential pool of interviewees ran to around 120,000 people. Halivni now believes that more than 70 percent of them have since passed away.

With this year’s commemoration of both the centenary of the Balfour Declaration and the 50th anniversary of Israel’s Six-Day War, Halivni feels Toldot Yisrael material can be put to good use to combat the expected flood of propaganda calling into question the founding and existence of the state of Israel.

“Today’s Western immigrants are the pioneers of today, and we want to connect them with the heroes who made it all possible,” he says. “It’s part of our desire to bring inspirational programs to olim (immigrants). We all came out of a desire to be part of modern Jewish history, and whether in 1948 or 2017, we all have a hand in building the country.”