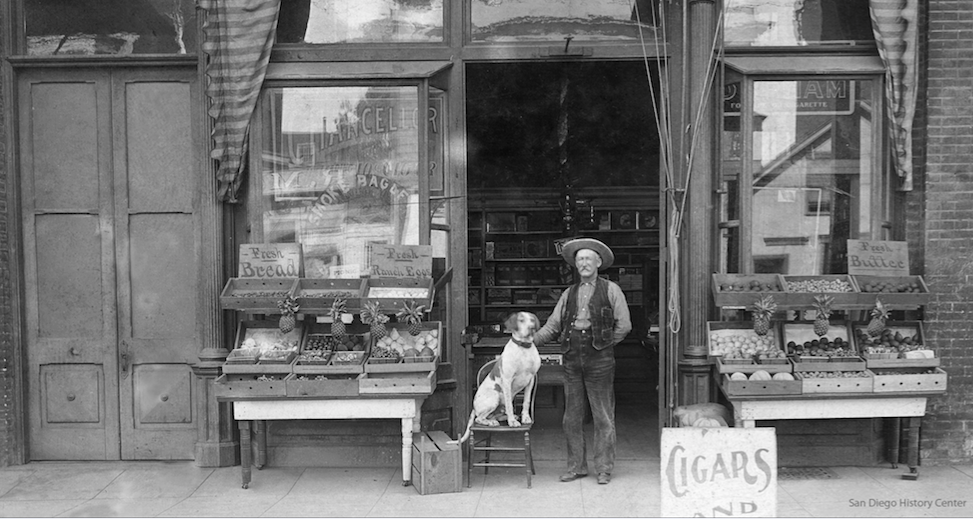 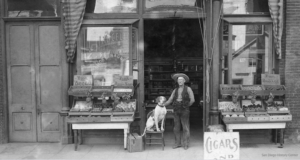 One of the oldest and largest historical organizations on the West Coast, the San Diego History Center is solely devoted to preserving San Diego’s collective history and bringing it to life and enhancing community identity. The History Center was established in 1928 by noted philanthropist, businessman and civic leader George W. Marston.

The History Center presents dynamic, engaging exhibitions and programs highlighting what makes San Diego unique and the region’s emerging role in the 21st century. There is something for everyone, young and young-at-heart, including exhibitions and events that are of particular interest for our San Diego Jewish Community.

Here’s a sample of what’s going on at The History Center, and upcoming -not to be missed-, programs:

An exhibition that chronicles the history of San Diego’s Jewish community beginning with pioneers who arrived in 1850 looking for adventure, good weather, better health, and, above all, the opportunity to make the American dream their own. It follows their path as they faced obstacles such race restrictions in some neighborhood subdivisions in La Jolla, during the early 20th Century, and surged with the founding of the Salk Institute for Biological Studies and UCSD to become the thriving community we are today.

The exhibition also touches on the diversity of San Diego’s Jewish community; 19% of whom were born outside of the U.S., mainly in Mexico.

Film: To the Ends of the Earth: The Jews of San Diego

This is the second of a four-part series of documentaries from filmmaker Isaac Artenstein, chronicling the Jewish experience in the American Southwest. It is also one of the most exciting features of Celebrate San Diego!

As the common narrative of the American West has centered on Anglo-American pioneers, Artenstein set out to explore the important role played by San Diego’s Jewish Community in settling the region. Our hometown is home to the second oldest organized Jewish community in California, and the first city in California to have a recorded Jewish observance. The film goes as far as to explore the community’s roots through Mexico to Europe.

This event should be attended by anyone who is looking to create a narrative for the genealogical research on their family. It is part of the “Preserving your Family History” series and made possible by a partnership with the Genealogical Society of San Diego.

These are some of the most intriguing session titles of Genealogy Day, and their presenter’s bios:

Many of us would like to write about our lives, so our descendants will know who we are, what we experienced, and how we felt about the important issues of our time. We want our stories not only to be informative but also compelling. This class will show you how to structure your narrative, reveal yourself and your era through your story, and write honestly about sensitive issues.

Dawn Thurston’s family history writing courses have been called “life-changing,” and “the class I’ve long been looking for.” She helped hundreds of students write and publish their life stories and family histories at Santiago Canyon College in Orange, where she received the “Faculty Excellence Award” in 2008. She has also shared her expertise with students at the University of Utah and Brigham Young University.

Randy Seaver is a 4th generation San Diegan. His ancestry is mainly colonial New England and Upper Atlantic, with some colonial German, French and Dutch forebears, and several 19th-century English immigrants. He has been pursuing his elusive ancestors since 1988 and has been online since 1992. Randy is a former President of the Chula Vista Genealogical Society (CVGS) and is currently the Newsletter Editor and Research Chair.

In this presentation, Randy will explore the research journey to find the ancestors of his wife’s great-grandmother, Jane (Whittle) McKnew (1847-1921). She married in Gold Country, had a family of 11 children, survived the 1906 San Francisco earthquake, and died in San Francisco. Jane was born in Australia to parents who were born and married in England. Most of the research was done with online resources and in a collaborative environment. Come watch Randy unveil a fascinating family history worthy of a “Who Do You Think You Are?” television episode.

This presentation will cover how to effectively research genealogy library collections and what local libraries and archives offer the genealogical researcher.

Peter Steelquist, past President of the San Diego Genealogical Society, has been actively pursuing his family history for 29 years.

GENSMARTS is a software program that analyzes most popular Genealogy programs to detect missing data and suggest sources for finding the information.

Del began researching his family history in 1994. He has served in leadership positions in several San Diego genealogy organizations

The History Center is at the heart of historic Balboa Park. Stay tuned for upcoming events: http://www.sandiegohistory.org/

Jewish Seniors Learn That Love Can Happen at Any Age