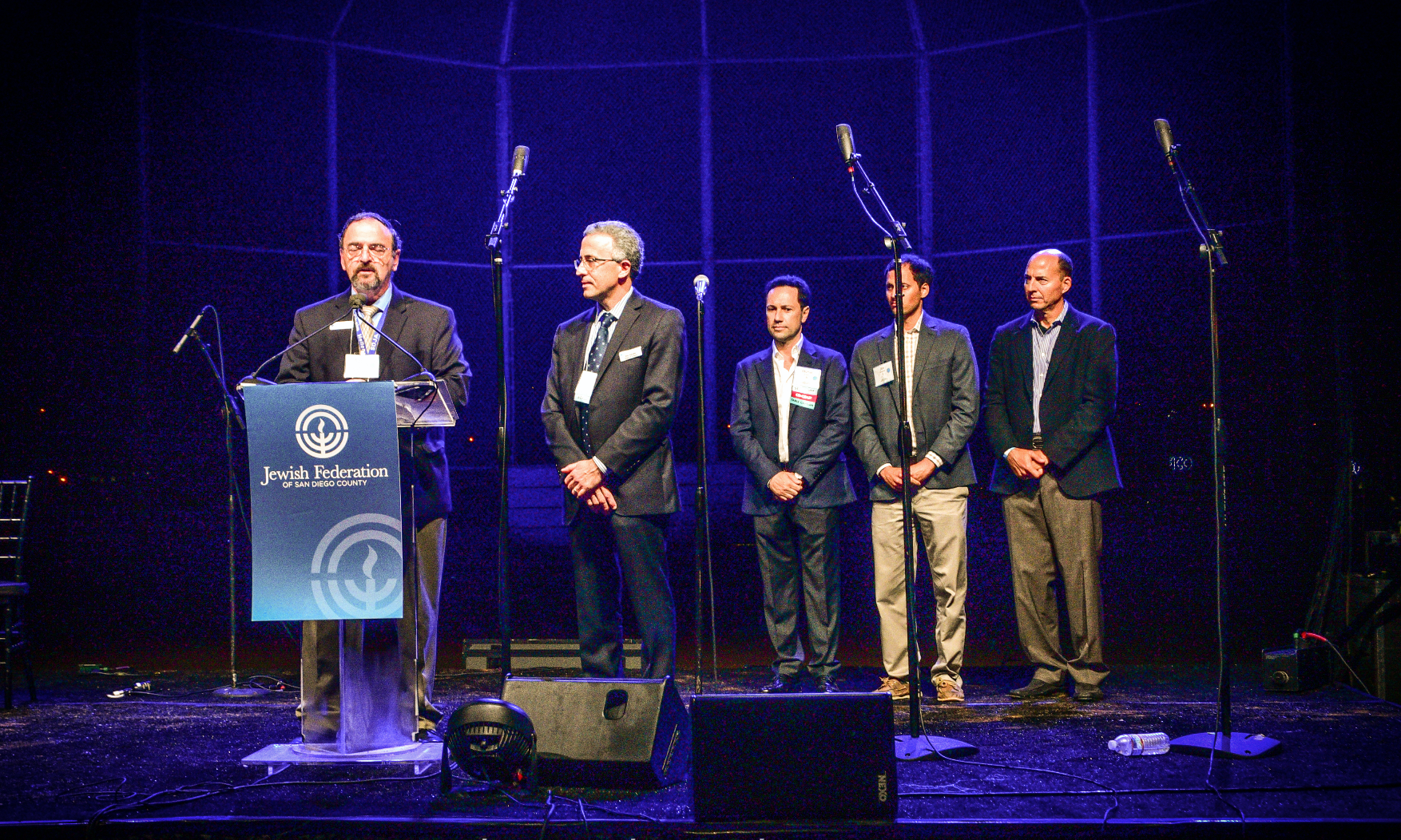 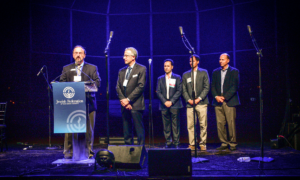 There are events, and then there are EVENTS.

Organized by the Jewish Federation of San Diego, the Men´s Event was one such capital letters happening. A beautiful location, gourmet BBQ buffet, craft beer and a renowned speaker were key to the excitement that permeated the air. Moreover, the sense of brotherhood and purpose infused by the Federation gave the night a heady feeling.

But let´s start from the top. On September 29, more than 1,000 men (and a couple of gals, including our L´CHAIM team!), gathered at San Diego Jewish Academy´s football field. Bret Stephens was the appointed keynote speaker. This was before the elections, and everyone was waiting for his unique perspective.

Stephens is the Pulitzer-Prize winning journalist who writes The Wall Street Journal´s foreign-affairs column. He was editor-in-chief of The Jerusalem Post and has interviewed every Israeli Prime Minister since Shimon Peres.

Stephens is also an influential Republican voice, who in previous months he had reiterated that Donald Trump would be destructive to the United States: “Hillary Clinton, as awful as I find her, is a survivable event.” This opinion contradicted the view he had previously expressed in his book “America in Retreat” (2014), where he stated that a Hillary regime would be disastrous for the U.S.

Upon arrival at the event, our team found out that every major local news outlet had requested an interview with Stephens, which he had denied. It was unlikely that he would grant us one, we were told. What to do? The obvious choice was to waltz into the VIP reception to grab a cup of wine.

That´s where we almost bumped into Stephens. Michel Cohen, one of the event´s chairs, gracefully introduced us:

L´CHAIM: “Mr. Stephens, hi! We were supposed to interview you!”

Stephens: “So? Why aren´t you interviewing me?”

That´s how we got our scoop. In person, Stephens is surprisingly young. He possesses a sharp, lucid mind. Here´s an excerpt from our talk:

Bret Stephens: I swore over a bunch of Bibles I would not make a partisan speech. So what I am going to discuss (in this interview) is how the next president, whoever she may be, is going to conduct Mideast policy

Stephens: It depends on how you define support.

L’CHAIM: Do you think it is because of Israel´s leadership in the field of technology?

Stephens: It varies. In some cases, it´s because Israel can provide countries that are threatened by terrorism, especially Nigeria or Ethiopia, with low-cost technologies that are instrumental in fighting terror. I think in the case of Greece it has a lot to do with Israel´s natural gas; in the case of China it has to do with Chinese interest in Israeli high-tech; for India, it´s Israeli weapons. I think the Prime Minister of Japan admires the Start-Up Nation culture. When it comes to Saudi Arab or Egypt, it´s a shared perception that Iran is on the rise, and Israel is a foothold of stability that works in their interest; not an enemy that they should mistreat.

All of that goes to show that for all of the predictions of doom, the country is striving, and for all of the friction with Obama, it hasn´t fundamentally changed the core of the relationship.

L’CHAIM: Do you think the death of Shimon Peres is going to change anything in the Middle East?

Stephens: Well, I was quite moved because I was at Soledad Mountain here in San Diego and the flag was at half mast, and lots of people were asking the guy who showed me there why was is in half-mast… and when he said it was because of Shimon Peres, who was a President of Israel, died, they all said: “Oh. Ok. Good. Good”, as in “it´s a good thing they are offering that respect” I knew Shimon Peres fairly well, and I think the lesson of Peres´s life is, it´s better to be an optimist. I sat next to Peres on a 9-hour flight from Johannesburg to Tel-Aviv, and what struck me about him was that he was always talking about the future. He was 79 years old at the time, but he was not discussing the past.

L’CHAIM: That was his philosophy…

Stephens: I would argue that he made some major mistakes, but on the other hand, when you think of what he did for the State, his legacy is unique. There are very few people who can lay claim to his combination of legacies, in saving Israel´s economy from hyperinflation, starting military industries, Dimona, the Entebbe rescue, one thing after another, it´s quite extraordinary.

The time was up, and Stephens was called back into the reception. We went out to the field, where the event was starting. On the stage, San Diego Jewish Men´s Choir was giving a delightful rendition of traditional Jewish melodies.

Once again, the Jewish Federation of San Diego County had succeeded in its goal of serving the Jewish community in San Diego, in Israel, and around the world. On October 1st, it was awarded a 4-star rating by Charity Navigator, America’s premier independent charity evaluator.

San Diego County apart and demonstrates trustworthiness to the public.” He continued, “Only a quarter of rated charities have achieved this distinction!”

“The 4-star rating from Charity Navigator reinforces our donor’s sense of confidence in us,” said Federation CEO, Michael Sonduck. “It shows donors their gifts are well managed and we use those resources to the best of our ability to accomplish our mission. We are meticulous, thoughtful, and transparent with every dollar raised.”

Women Make a Difference in Jewish Education at Chabad of Oceanside