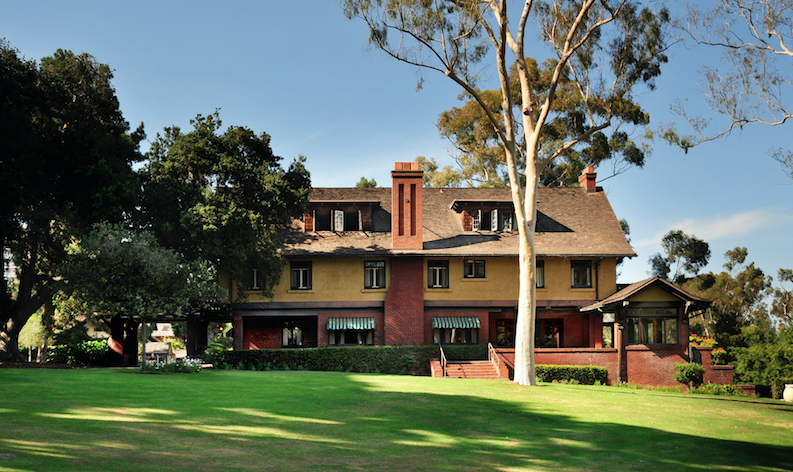 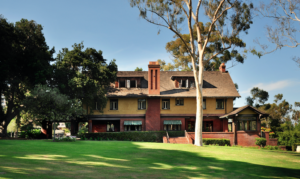 For San Diego history buffs, the name “Marston” is synonymous with San Diego’s explosion onto the scene as a city known around the world as a destination worth coming to and a place to remember.

That is due to the political advocacy and philanthropy of George Marston and his descendants, who for generations championed historic preservation, civil rights and environmental conservation both in what became Balboa Park and far beyond throughout the reaches of San Diego County. Marston’s family lived in a house which would eventually come to sit on the northeast edge of Balboa Park, a locale which came into existence in its current form due to San Diego’s hosting of the 1915 Panama-California Exposition.

The home, known today as the Marston House Museum & Gardens, is now mandated to be historically preserved under the auspices of the U.S. Department of Interior as a National Register of Historic Places. It was constructed in 1905, 10 years before the historic 1915 Panama-California Exposition which celebrated the opening of the Panama Canal and brought delegates from around the world to Balboa Park and for most of them, a chance to see San Diego for the first time. George Marston was the founder and CEO of Marston’s Department Store, a company which was a bit of a Nordstrom’s of its era and located in downtown San Diego.

A six-bedroom, 8,500 square foot home designed by the architects William Sterling and Irving Gill, Marston’s family gave it as a gift to the City of San Diego in 1987, with George Marston passing away in 1947. It is now preserved and maintained by the organization Save Our Heritage Organization (SOHO), an advocacy group which does similar work at a host of properties throughout San Diego and epitomizes of the historic Arts and Crafts movement in home architecture within California.

The Marston House and Gardens also sits as the one property maintained by SOHO which can host wedding ceremonies celebrations, including for Jewish couples.

Those can take place outside of the Marston House on its large front porch patio, in the large backyard garden area or on a large lawn area which sits alongside a 105-year-old oak tree. Though the Marston House has not kept count of the exact number of Jewish couples who have celebrated their special day at the location, Sarai Johnson — site manager of the Marston House — noted that the facility is open to all kinds of special events, including B’nai and B’not Mitzvah. The gardens, the largest part of the house, can host a ceremony or celebration of up to 150 people in size.

“The historic Marston Gardens are a beautiful, outdoor setting for events. The beauty of the site adds a romantic quality to special occasions,” said Johnson. “Couples who choose the site are usually interested in history, fine architecture, cultural landscapes, historic gardens and want something different than a religious facility or restaurant experience for their special day. The site lends itself to a cultural experience, in an estate setting with a relaxing garden atmosphere.”

Because the site is for rent, those hosting weddings or B’nai and B’not Mitzvah can bring in their own external vendors, including those who serve kosher meals. Proximity to the beautiful Balboa Park allows for easily accessible and scenic photo opportunities, as well, Johnson pointed out.

“Being on the outer edge of Balboa Park is a benefit in that guests can enjoy the beauty of the park-like setting but not have to deal with the crowds,” said Johnson. “Sometimes couples will choose to have their wedding ceremony at our site and then have the reception at one of the institutions within the park.”

Even for those not looking to plan a wedding but merely to bear witness to an important piece of San Diego history, the Marston House is open for tours throughout the year, Friday-Sunday from 10:00 AM-5:00 PM. Tours start every half hour on those days and last about 40-45 minutes, with the last tour of the day commencing at 4:00 PM. They cost $7 for kids aged 6-12, $12 for seniors 65 and older and $15 for adults.

And for those seeking a Jewish-oriented SOHO experience, check out Temple Beth Israel, the oldest synagogue still standing in San Diego for either tours, weddings, or B’nai and B’not Mitzvah. Though the shul now congregates in the University Town Center (UTC) area of the city, its original building still stands n Old Town due in large part to historic preservation advocacy done by SOHO in the 1990’s when the building was under proposal for demolition. The Temple sits within Old Town’s broader Heritage County Park and is surrounded by historic homes dating back to the late-1800’s.

The Marston family legacy recently became part of a new exhibit, named the “Marston Legacy: Progress & Preservation,” at the Marston House and is on display now.