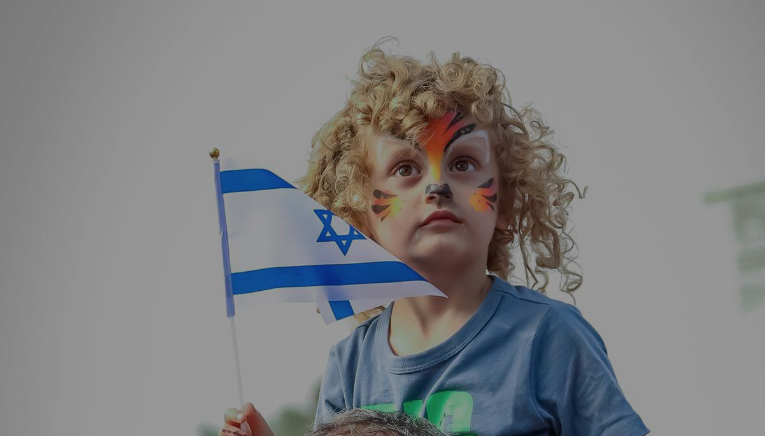 The Israeli-American Council, or IAC for short, builds an engaged coast-to-coast community that strengthens the Israeli and Jewish identities of the next generation, the American Jewish community, and the bond between the people of the United States and the State of Israel. Founded in 2007 in Los Angeles, Calif., the IAC has been rapidly growing in members and supporters. There are more than half a million Israeli-Americans living in America, and the IAC was formed with the vision to create a coast-to-coast community with Israel in heart and Israeliness in spirit.

Just what do they consider “Israeliness”? There are five elements of Israeliness at the core of the community that the IAC builds: activism, Jewish heritage, innovation and entrepreneurship, Hebrew and Israeli culture and, of course, love for Israel. With 20 regional offices and 58 active communities worldwide, the IAC continues to expand. As of 2017, the IAC is one of the fastest-growing Jewish organization in the world. The IAC reaches every generation and empowers the Israeli and Jewish American leadership of tomorrow. However, the IAC does not have any official political affiliation. The IAC community is comprised of people from all religious denominations and political leanings.

Many of their programs are conducted in English because, while Hebrew is a core value of the IAC, the organization does not allow for it to become a barrier. Many within the IAC families do not speak Hebrew, and the IAC believes it is important to ensure that they are included and able to actively participate. When they can, they blend Hebrew with English to make it easier so that everyone can connect to the IAC community and to the Hebrew language. As it states on its website, the IAC believes that “Israelis will not survive outside of Israel without Jewishness… We must connect the next generation to their Jewish roots.”

The IAC brings a voice to the Israeli-American community’s concerns within America’s public discourse. Recently, the Israeli-American Council applauded Senators Kevin Cramer, Marco Rubio, and Ted Cruz for their leadership in introducing a resolution to the U.S. Senate that identifies the exceptional heritage and extraordinary accomplishments of Israeli-Americans. The organization is nonprofit and works with partners throughout the country. “The IAC’s work is complimentary to that of other Jewish American organizations,” such as different JCC’s, Jewish coalitions and synagogues internationally, the organization states.

The IAC has six staple programs, among other activities, initiatives, festivals, and their annual IAC National Conference in December in Florida.

IAC San Diego’s Regional Manager Merav Shenhar joined the IAC team in 2017, and said: “As an Israeli-American, I have the unique opportunity to serve as a living bridge between Israel and the United States.” After Merav completed her Israeli army service, she received her degree in Business Administration and her MBA from Ben Gurion University. Currently, she resides in Scripps Ranch with her family.

“I am an Israeli-American,”Shenhar said. “I moved to the United States 13 years ago, with my husband and daughter, following a job opportunity that my husband accepted. We started our adventure in Pittsburgh, Penn., then moved to Sunnyvale, Calif., and finally to San Diego.

“As the years passed, I started to feel that something was missing. I began to wonder about my identity as an Israeli living outside of Israel. Growing up in Israel, the Jewish identity, culture, and tradition is often automatic. It is always present and accessible, you learn about the Jewish holidays in school, you observe the holidays one way or another, and on Fridays you can feel Shabbat approaching. When living outside of Israel, it is up to us to decide how to incorporate the Israeli and Jewish identities into our daily routine.”

Shenhar said she wants the next generation to maintain their connection to Judaism and to Israel, which is part of the reason she views her work as so important.

“I wanted to bring the spirit of Israel and our Jewish roots to the Israeli-Americans and Jewish Americans living in San Diego. My children participated in the Israeli Scouts (Tzofim), but I always felt that I could do more,” she said.

“In 2017 I joined the IAC National Conference with thousands of other passionate Israeli-Americans and American Jews and I was really inspired. I saw that I was not the only one with questions about my hybrid identity and seeking a community. I saw that the IAC already had programs in place throughout its regions for every generation of a family. I was stimulated to play a role in helping to strengthen my community, which is why I joined the IAC. I am proud to be part of an organization that connects Israeli-Americans and Jewish Americans because we are stronger when we are united as a Jewish family.”

Shenhar joined IAC San Diego in 2017 as a Program Manager and took on the position of Regional Manager in September 2018. Through various programs (listed below), the IAC hopes to engage the San Diego community in Israeli culture.

“Shishi” means Friday in Hebrew. IAC Shishi Israeli brings together families for communal experiences that combine Jewish traditions and Israeli culture. Programs are held on Shabbat and Jewish holidays, including Shavuot, Sukkot, Purim, and Passover. In 2018, more than 16,000 participants were part of IAC Shishi Israeli across the country. One of the IAC Shishi Israeli programs that we held in San Diego this year was with Congregation Beth El. We had beautiful Israeli Shabbat dinner and celebrated Shabbat as a united community.

IAC Eitanim brings together the next generation’s Jewish-American and Israeli-American middle and high school students for an immersive, innovative, project-based learning experience. With the help of volunteer mentors, the program strengthens the participants’ Jewish identity, builds their connection to Israel and ignites their “Israeliness”.

“I have taken part in IAC Eitanim for the past three years, and it has been a huge part of my high school experience and shaping me into the person I am,” 17-year-old Cayla Surovsky, said. “IAC Eitanim introduced me to the world of entrepreneurship in an understandable and interesting way, making me passionate about something I had never heard of before stepping through the doors of IAC Eitanim. Because of this program, I am pursuing a degree in business and entrepreneurship and couldn’t be more excited. IAC Eitanim has given me so many fantastic tools for my future education and life, and I’m grateful to have been able to take part in it and become a member of such a fantastic community.”

Another participant, 17-year-old Karen Ptashek said: “IAC Eitanim taught me how to be a contributor and a collaborator. I had the opportunity to be a part of Hackathons and Demo Days, which are immersive project-based programs that promote the mindset of entrepreneurship, innovation and critical thinking. The help and feedback from our amazing mentors opened my eyes to what it takes to conceptualize a product, with both market needs and the core team being equally as important. This program has boosted my confidence, my outlook on a business has completely changed due to the insights I gathered throughout my time in the IAC Eitanim program.”

This past year, IAC San Diego partnered with the Jewish Federation of San Diego County for a festival that brings together all lovers of Israel to celebrate the Jewish state and its independence in a community-wide, cultural event. The 2018 Celebrate Israel Festival was part of a national network of festivals in 15 cities. In San Diego over 3,200 participants attended the event.

IAC Gvanim is a program that empowers Israeli-Americans to become the next generation of leaders in the Israeli and Jewish American communities. The program focuses on questions of identity, understanding the Jewish American landscape, and cutting-edge leadership and community-building tools.

“IAC San Diego has been privileged to work with incredible partner organizations throughout the year. We will continue to build strong partnerships with Jewish American organizations. This is a core part of our vision. We also plan to continue to expand our community building activities and local leadership initiatives.” 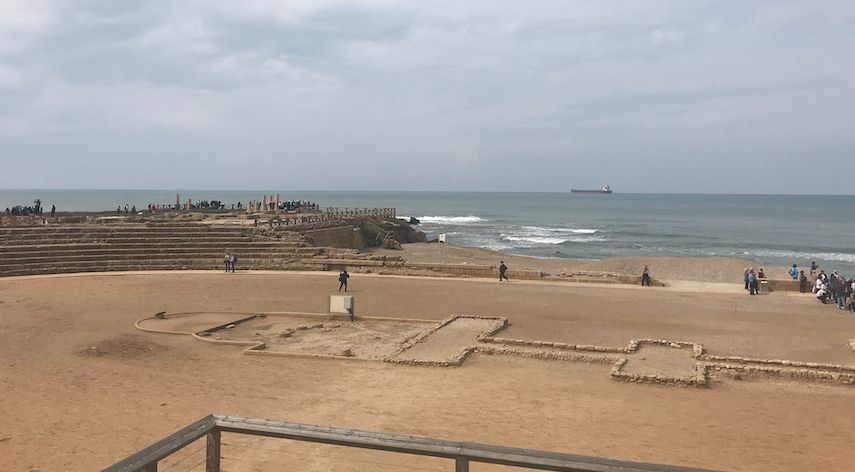 By Elisa Lurkis USD program brings students to Israel to study water management Benjamin Franklin once said, “When the well is dry, we ...
May 3, 20190 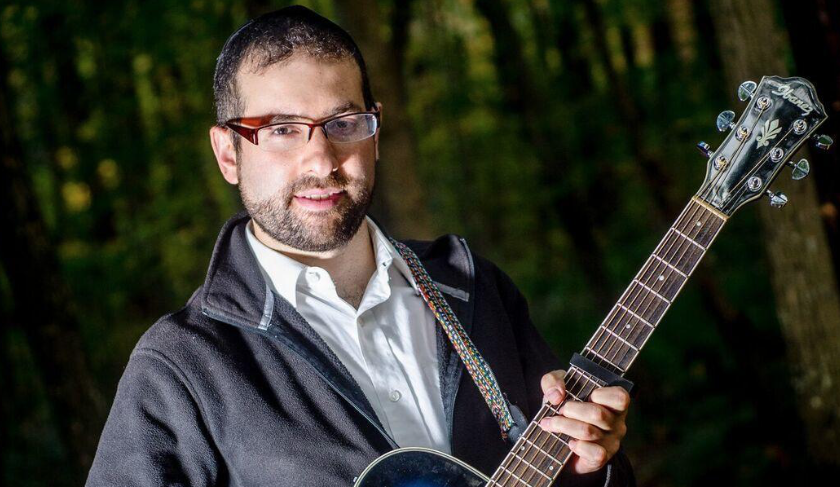 By Sandy Eller/JNS.org Atlanta might be well-known for Coca-Cola and Hartsfield-Jackson International, the busiest airport in the world, but for music lovers both ...
May 3, 20190 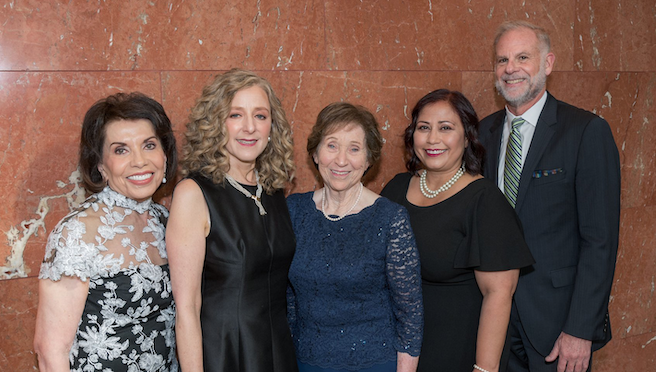