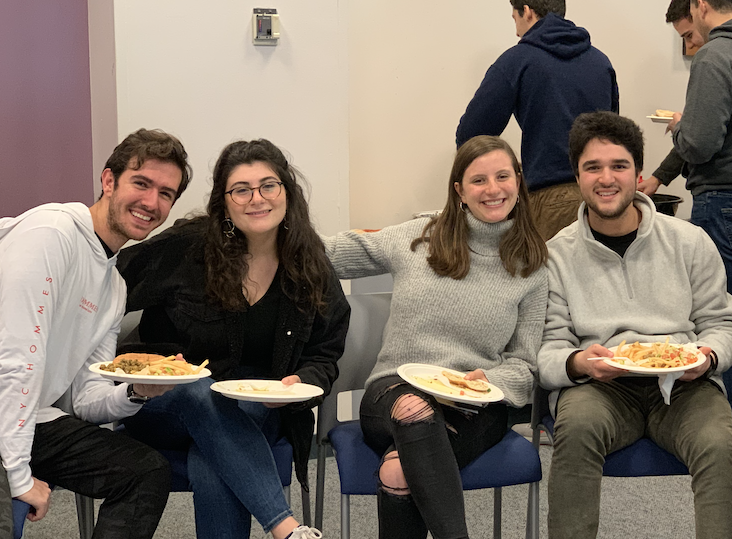 By Tritons for Israel Executive Board

The campus climate on Israel isn’t as moderate as San Diego weather, but we’re working to change the discourse

University of California, San Diego (UCSD) is a campus known for its picturesque scenery, world-renowned professors, incredible research, and a student life often described as “socially dead.” At a school where students aren’t usually known for their activism, but rather for their late-night hours at Geisel Library, advocating for Israel is a unique challenge.

Sadly, for most of the nearly 40,000 students at UCSD, the bulk of their interactions around issues relating to Israel occur during the anti-Israel showcase of “Justice in Palestine Week” — which is taking place from May 6-10 this year. This is when the so-called “Israeli apartheid wall” comes to campus every year, without fail. It’s also when the anti-Zionist week’s organizer, Students for Justice in Palestine (SJP), and our pro-Israel student group Tritons for Israel sit on opposite sides of the campus’s “Library Walk” presenting our divergent narratives and views.

Our pro-Israel response is two-fold and is implemented over the course of two weeks: Israel Fest and Israel Solidarity Week.

For Israel Fest, we celebrate Israel’s existence and vibrant culture with a variety of cultural events, culminating with an Israeli Independence Day party. For Israel Solidarity Week, we organize displays on the Jewish people’s history of strife and liberation, Israel’s efforts to negotiate peace agreements, and the diversity and coexistence within Israel. In the evenings, we bring in speakers that discuss current events. We end the week with a Shabbat dinner that’s open to the whole campus and embodies our unity in standing up for Israel’s right to exist.

During both pro-Israel weeks, our goal is not only to humanize Israel in the face of demonization, but also to celebrate Israel and provide essential moral support for our pro-Israel community on campus.

But Israel advocacy, responding to BDS, and changing the campus climate around Israel isn’t limited to a few weeks a year. Engaging students both within and outside the pro-Israel community at UCSD in a year-round endeavor.

Tritons for Israel takes a multi-pronged approach to Israel advocacy. We believe that education and relationships make up the foundation which builds support for the Jewish state. In that regard, we work closely with the Jewish Agency Israel Fellow on our campus, Shir Azaria. Shir is one of the hundreds of Israeli emissaries who serve for one to three years on university campuses worldwide, with the goal of empowering student leadership and creating Israel-engaged campuses.

Shir has done more than bring her knowledge about Israel to UCSD. She carries with her the Israeli culture that adds flavor to every meeting and event we hold. She makes an effort to connect with as many students as possible and meets with students one-on-one every week. During these meetings, she helps brainstorm ideas for events and ensures students stay involved with Israeli-related activities despite their busy schedules. She has brought unique approaches that have widened the scope of Israel advocacy on campus, such as bringing in speakers to discuss alternate activism. In a nutshell, Shir’s presence is what relationship-building and high-quality Israel education are all about.

One of Tritons for Israel’s newly launched initiatives is the Ambassador Program. In an effort to increase Israel engagement in our community, we’ve chosen seven ambassadors who reach out to new and existing communities in a pro-Israel context. The Tritons for Israel Board members are paired with ambassadors to assist them with integrating Israel into the dialogue within various other communities or organizations on campus, expanding the community of students who want to learn more about Israel and become more involved with pro-Israel efforts.

Our education program focuses on equipping pro-Israel student leaders with the knowledge to become reliable sources of information for our community, in order to discuss Israeli and Mideast issues with people who have opposing views.

We hold a variety of events throughout the year to engage students of all backgrounds. Recently we held a “Semitic Soiree” that compared five different Semitic languages: Tigrinya, Amharic, Aramaic, Hebrew, and Arabic. We also work with fellow student groups, like the Veterans Club, which exemplify the strong ties between the U.S. and Israel.

We’ve also found it helpful to discuss our point of view with students who are critical of Israel in more private settings, rather than through public displays that polarize the campus. This allows students to feel more comfortable speaking about difficult topics. Engaging critics of Israel alongside pro-Israel students as well as those who are apathetic on the issue has helped us effectively illustrative our pro-Israel narrative and defend Israel on campus.

We especially focus on bringing to light the diversity in Israel as well as the economic relations between Israelis and Palestinians to counter the “Israeli apartheid” accusation. Tritons for Israel’s vice president of advocacy has delivered a presentation on the different ethnic groups and major voting factions within Israel and how they coexist.

Our work is far from over. But we are continuously learning how we can improve our events and change the discourse surrounding Israel on our campus.