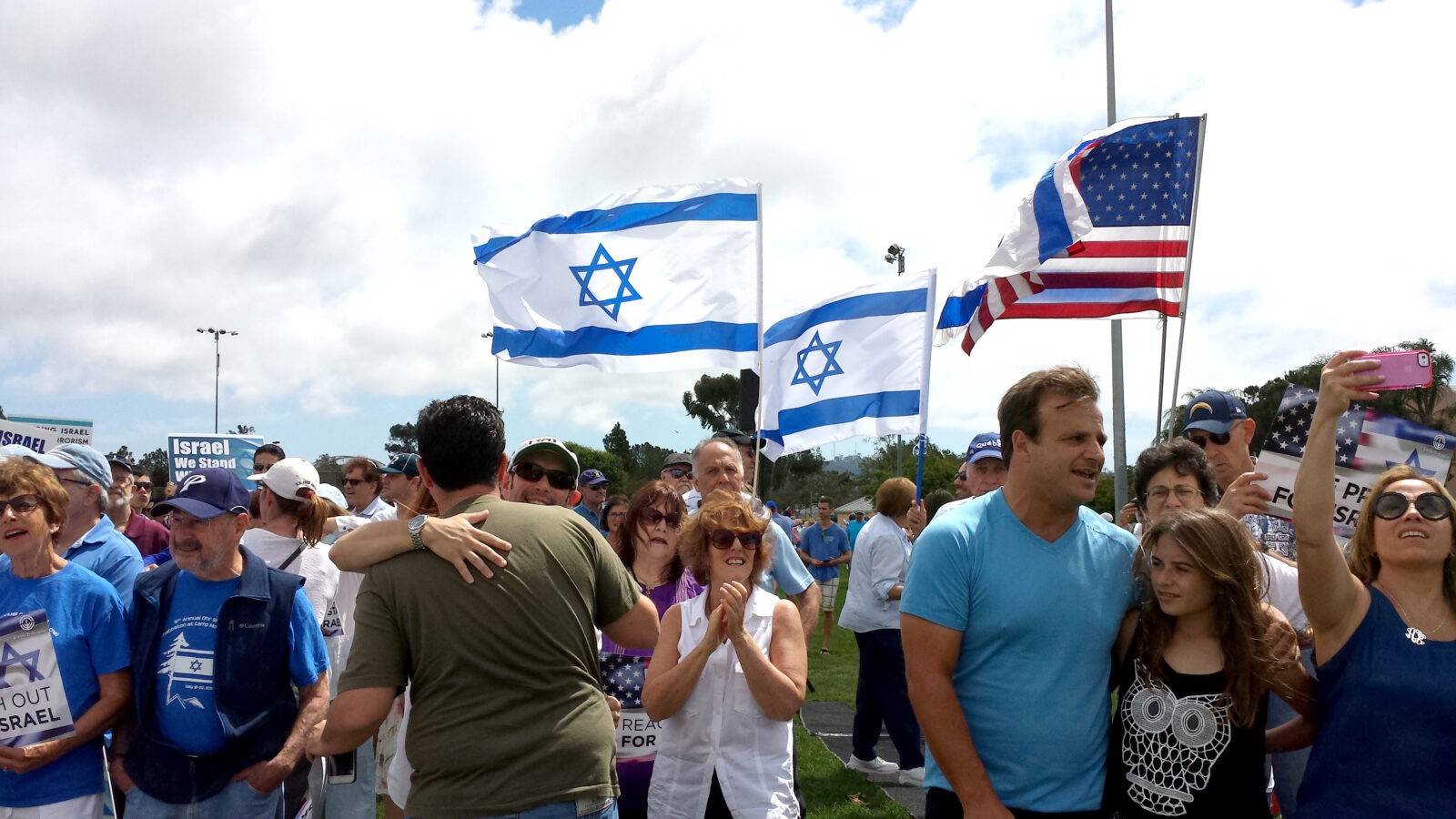 The Jewish Federation of San Diego County (JFSD) and sixty-seven other Jewish community partners and supporters held a rally called Reach Out for Israel in Doyle Park today.  Michael M. Sonduck, President and Chief Executive Officer of JFSD said the rally was being held “to bring the community together to show support for the people of Israel.” Hundreds of supporters showed up to hear music and speeches and raise money for immediate relief to Israelis affected by the ongoing conflict in Gaza. Sonduck announced that one hundred percent of the fundraising dollars would be used for humanitarian support. Despite a significant police presence, Police Chief Shelley Zimmerman expected the event to be peaceful. “I’m glad we can support this event as we do with other events,” she said. 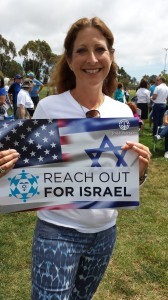 Diana Lerner, representing Camp Mountain Chai and who currently has a son touring Israel as part of the National Federation of Temple Youth, said “I enjoy getting together with my community in peaceful times also and will do whatever I can to support Israel.” 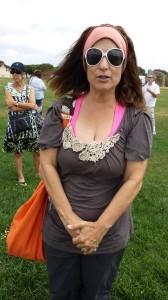 Ilissa Berman of Encinitas believed that coming to the rally was important because it was “less isolating.”

Supporters can send immediate relief to Israelis at http:/bit.ly/israelaid14 or TEXT “Israel Aid” to 51818