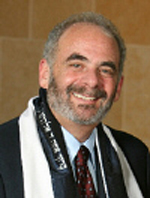 SAN DIEGO — I started writing this as I sat in the Newark airport in the very early hours of Tuesday morning, July 15, having just returned from Israel on a whirlwind week long AIPAC  rabbinic mission. I can’t believe how things have changed in the short time I’ve been home.

As we were getting ready to deplane, and everyone was checking their phones, someone said there was a cease fire in Israel and Gaza. It turns out that was  not accurate. A cease fire was proposed, and not surprisingly, the Israelis accepted it. But alas, Hamas rejected it. I can’t call that unsurprising,  because from all I read and heard last week in Israel, no one seems to really understand what Hamas wants with this war with Israel they started.

Then on Wednesday a short cease fire was agreed upon. It lasted barely five hours. And then the accidental killing of four children on the beach of Gaza.  And Thursday saw the beginning of the ground offensive into Gaza.

It was a privilege to be invited by AIPAC to join its first rabbinic mission to Israel. The trip we experienced was not entirely the trip AIPAC had planned. Several speakers were unable to join us because of the conflict, there were certain places, especially Ramallah, but even Tel Aviv, that we could not visit because of security concerns, and a few times our sessions were interrupted by scurrying to safe areas after a siren alerting us to a Hamas missile aimed in our direction.

As an American, there was something surreal about the sirens. The first one I experienced was in Jerusalem the night we arrived. I was with my brother at nearly 10pm in the train station in Emek Refaim in Jerusalem, opened recently as a cultural gathering place. Around a thousand people were sipping cappuccinos and listening to live music outdoors on a lovely, balmy Jerusalem night.  Suddenly the siren fills the air. It takes only a moment to realize what it is. You jump up and look around.  Everyone has done the same thing. Everyone looking around to see who knew what to do. It was mostly tourists and no one knew where to flee. Finally, one of the store owners told people to go inside a covered area. Turns put this beautiful site was built without a bomb shelter. First lesson learned on this trip: ask where the nearest bomb shelter is.

It takes another couple of minutes, just after hearing a few loud thuds, that it really hits you: someone has just tried to kill you. Hamas has just aimed a missile at you.

Another moment passes and then you realize: that Iron Dome you’ve heard so much about, and maybe even lobbied congress to support, has just saved your life. The unbelievable Iron Dome. It is a symbol of what separates Hamas from Israel.  Hamas purposefully endangers innocents (and their leaders do so from comfortable hotel rooms in Qatar and Lebanon, or relatively safe underground bunkers in Gaza) and Israel goes to extraordinary extents to protect not only their
civilians, but Gazans as well.

The New York Times quoted a Gaza man fleeing with his family after receiving a warning from Israel. He lamented, “We don’t know where we’re going, we’re going aimlessly…Nobody is looking after us. ” Israel cares more about Gaza’s civilians than Hamas. Israel uses it’s missiles to protect its civilians. Hamas  uses it’s civilians to protect their missiles.

The second siren I experienced while in a government building meeting with a minister from the government describing Israel’s many programs offering assistance to developing countries. This practice goes back to the early days of the state, when Golda Meir felt that Israel had a moral obligation to share what it was learning in agriculture with other poor, developing countries. Many of these countries can’t even acknowledge the assistance they receive because of world opinion against Israel. But off the record, everyone in Africa knows of these programs. I found the irony painful: hearing about one of the noblest and heroic of humanitarian programs of any nation on earth while  terrorists target every man woman and child in Israel; and the world criticizes Israel for valuing life and defending its citizens.

As I was leaving, at Ben Gurion airport, I started talking with a young Israeli who was assisting our group through the check in and security process. Turns out he’s a medic in the IDF reserves. I told him we visited a hospital in the north that takes care of Syrians wounded in that bloody conflict. The young man had been involved in that effort. I said it was too bad that so few in the world know about this. He shrugged. “The world doesn’t need to know everything that goes on here. We do it because it’s the right thing to do.” Six children from Gaza came to Israel the other day for medical treatment! That’s the heart and soul of Israel.

I don’t know what’s going to come in the next few days. I do know that it will be a very tough fight in Gaza. And the world will be very critical of Israel. I urge all of us to be modest in our conclusions,recognizing how slanted the media is against Israel. Do not be critical of Israel for doing what it must to defend its citizens. And do not sit back in the comfort of your home here and be critical of Israel not being aggressive enough in Gaza. One thing I learned is that the Israelis, love him or not, believe that Netanyahu is handling the situation with restraint and trust him to be cautious and not reckless. He didn’t want this war. Many in the left wing and the Defense establishment trust him. It is reckless of us to presume to know better than he.

Also don’t jump to conclusions regarding what we hear of the deaths toll in Gaza and the numbers of combatants vs civilians killed. Those numbers come from the Gaza health ministry, which is run by Hamas. Israel won’t publish figures for weeks. Maj. Arye Shalicar of the Israel Defense Forces Spokesperson’s unit said: “Hamas has no shame about lying. We know they’re a terrorist organization that makes cynical use of casualty numbers for propaganda purposes. You can’t trust a
single number they publish.”

It’s been a long time since I was a child, but I recall the feeling at night as I’d crawl into bed of feeling safe and secure, knowing my parents were nearby. That’s the way it’s supposed to be. Children sleeping soundly knowing their parents are taking care of them. In Israel it’s not that way. In Israel, while the parents sleep, their children, the young men and women of the IDF, are up all night keeping them safe.

Let us pray for that day when everyone can sleep in peace. Let us pray for every single life, in Gaza and Israel, and that the hope of peace, so longed for by
people and so frustrated by failed leadership, may come soon.