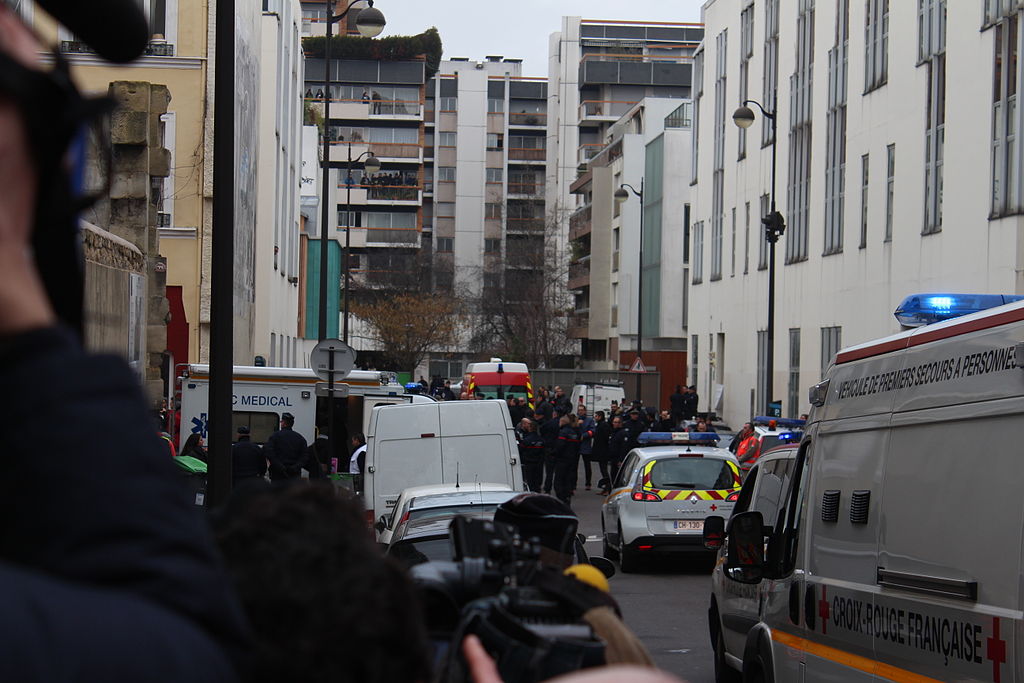 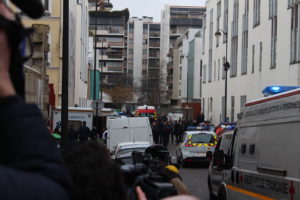 Less than three months ago, U.S. Secretary of State John Kerry claimed that there was a link between Islamist terrorism and frustration over the Palestinian issue. Yet despite vigorous recent attempts by the French to champion the Palestinian cause, Islamist terrorists have just struck in Paris, killing 12 people at the offices of the satirical newspaper Charlie Hebdo. Where did Kerry’s theory go wrong?

At an Oct. 18, 2014 State Department event celebrating the Muslim holiday of Eid al-Adha, Kerry presented his linkage theory. Discussing the phenomenon of young Muslims flocking to the ranks of Islamist terror groups such as the Islamic State, Kerry said that the issue of “Israel and the Palestinians” is “a cause of recruitment and of street anger and agitation” among Muslims worldwide.

If Kerry were correct, then one would expect the Islamist extremist groups to refrain from harming those who embrace the Palestinian cause. And France certainly has been at the forefront of pro-Palestinian activism, especially in recent weeks.

On Dec. 2, the French parliament voted overwhelmingly to demand that the French government immediately recognize the “State of Palestine.” Not after negotiations. Not with Israel’s agreement. Just do it right away, whether the Israelis like it or not. And the vote wasn’t even close—339 in favor, 151 against.

Four weeks later, the Palestinian Authority presented a resolution to the United Nations Security Council, setting a timetable for Israel to unilaterally withdraw from all of Judea, Samaria, and most of Jerusalem. That is, back to the pre-1967 armistice lines that Abba Eban said would make Israel so vulnerable that it would set the stage for another Holocaust.

That position is so extreme that even the Obama administration, which has not exactly been Israel’s warmest friend, opposed the resolution. Yet France joined with those stalwarts of reason and democracy, China and Russia, to support the resolution. France’s ambassador to the United Nations, explaining his country’s vote in favor of the resolution, said there was “an urgent need to act.”

One would think—if one subscribed to the Kerry Linkage Theory—that Islamist extremists would have appreciated France’s sense of “urgency” regarding the Palestinian issue. But evidently not.

In the meantime, there was more pro-Palestinian news from France. The city council of Aubervilliers, which is a suburb of Paris, voted to grant honorary citizenship to Marwan Barghouti, a Palestinian terrorist leader who is currently service five consecutive sentences of life imprisonment for carrying out a series of terrorist attacks in Israel.

Not many Americans have heard of Aubervilliers, but those who are familiar with the history of World War II may know the name of the city’s most famous and longest-serving mayor: Pierre Laval. His 19 years as the leader of Aubervilliers was interrupted when he was called to national service—as the head of Vichy France and chief collaborator with Adolf Hitler. It was under Laval that more than 77,000 Jews were deported from France to Auschwitz and other death camps.

But why dredge up old history, when there are fresh victims to memorialize? One of the attacks that Barghouti masterminded consisted of gunning down a Greek Orthodox monk. Another was a shooting and stabbing attack on a Tel Aviv restaurant, in which three Israelis were murdered and 31 wounded.

France’s national government was not responsible for the decision of Aubervilliers to honor a mass murderer. But when combined with the French parliament’s vote on Palestinian statehood, and the French government’s vote at the U.N., one would think that this French bear-hug of the Palestinians would impress the Islamists. The massacre of journalists in Paris by killers shouting the jihadist call of “Allahu Akhbar” indicates that perhaps the linkage that Kerry imagines is nothing more than that—imaginary.

Appeasement of terrorists never works. Endorsing terrorists’ political demands—such as Palestinian statehood—never satisfies them. And blaming Israel for the rise of terrorist groups is an outrageous theory that has been repeatedly discredited by real-world events.

Stephen M. Flatow, an attorney in New Jersey, is the father of Alisa Flatow, who was murdered in a Palestinian terrorist attack in 1995. He is a candidate on the Religious Zionist slate (www.VoteTorah.org) in the World Zionist Congress elections.