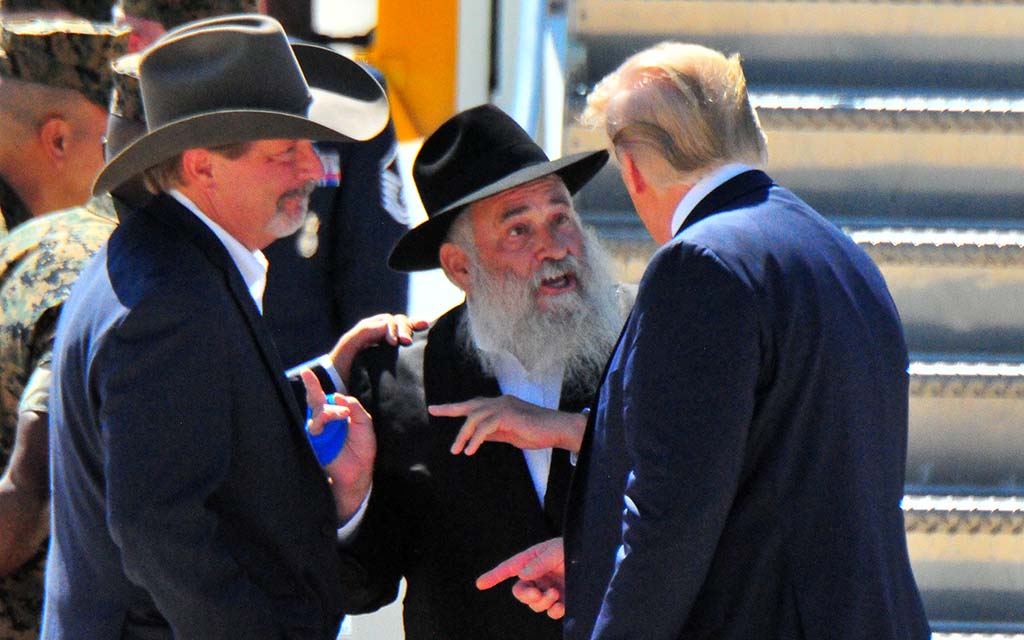 I have more than a few questions about the conduct of the tax fraud case in which Rabbi Yisroel Goldstein is being recommended for probation, rather than a prison sentence, notwithstanding the fact that his pattern of illegal conduct reaches back several decades.

U.S. Attorney Robert Brewer has said that Goldstein’s help in getting five other people to plead guilty in schemes to defraud the government was one reason for the recommendation of probation. Another, he said, was the exemplary way that Goldstein acted after his synagogue, Chabad of Poway, was the subject of an armed gunman’s attack that left Lori Gilbert Kaye dead and wounded three people, including Goldstein.

If you remember, Goldstein was invited to the White House after the shooting, where he was congratulated by President Donald Trump. And he subsequently appeared before the United Nations General Assembly to talk about combating hate. He also traveled abroad to spread his message of peace in other countries, all ostensibly with the help of the U.S. State Department.

So here’s what doesn’t add up. The U.S. Attorney’s Office executed a search warrant on Goldstein’s home, office and bank deposit box about six months before the attack on Chabad of Poway by a gunman whom authorities allege was John T. Earnest.

Almost immediately after those searches were conducted, Goldstein agreed to cooperate with the IRS and the FBI in their investigations — which are still continuing — of other people who defrauded the government via a scheme in which they claimed to be making tax-deductible charitable donations to Chabad of Poway, but in fact were receiving 90% of their money back from Goldstein, who kept 10% for himself.

So at the time the White House invited Goldstein to be congratulated by President Trump — and a subsequent meeting between the two men last September when Trump visited San Diego — the U.S. Attorney’s Office was well aware of Goldstein’s criminal behavior.

The question is: Did the U.S. Attorney’s Office in San Diego inform either the U.S. attorney general or the White House that Goldstein was a person under criminal investigation? If not, why not? And if the U.S. attorney did in fact inform either Attorney General William Barr or the White House about Goldstein’s criminality, why was a meeting with the president of the United States permitted?

Normally, anyone under such criminal suspicion would be kept as far from a U.S. president as possible!

I asked the U.S Attorney’s Office these questions, and received from Kelly Thornton, the director of media relations, this answer: “Our office followed its regular process of DOJ notification. Any questions about the event should be directed to the White House.”

I responded to Thornton with another question: “Can you tell me what the ‘regular process of DOJ notification’ is. That will help me with further inquiries.”

She answered: “Sorry — we don’t publicly discuss our internal processes.”

Thornton’s initial response also covered my question in the same letter concerning whether there had been any discussions among the U.S. Attorney’s Office, the attorney general and/or the White House about what sentencing recommendation should be made in this case.

Given President Trump’s embrace of Goldstein, I wondered whether Trump had any recommendations about what should be done with the rabbi.

I’m trying now to get an answer from the White House about what its staff knew about the Goldstein case before the rabbi was feted at the White House and before President Trump met him again in San Diego.

I’m also interested in learning why Goldstein ostensibly retired as spiritual leader of Chabad of Poway in November 2019 — more than a year after his home, office and bank deposit box were searched. Why not before? Why then?

Perhaps this column might stir some answers to all these questions. Anyone with information is invited to contact me via editor@sdjewishworld.com

Donald Harrison is editor of San Diego Jewish World, where a version of this piece was first posted.