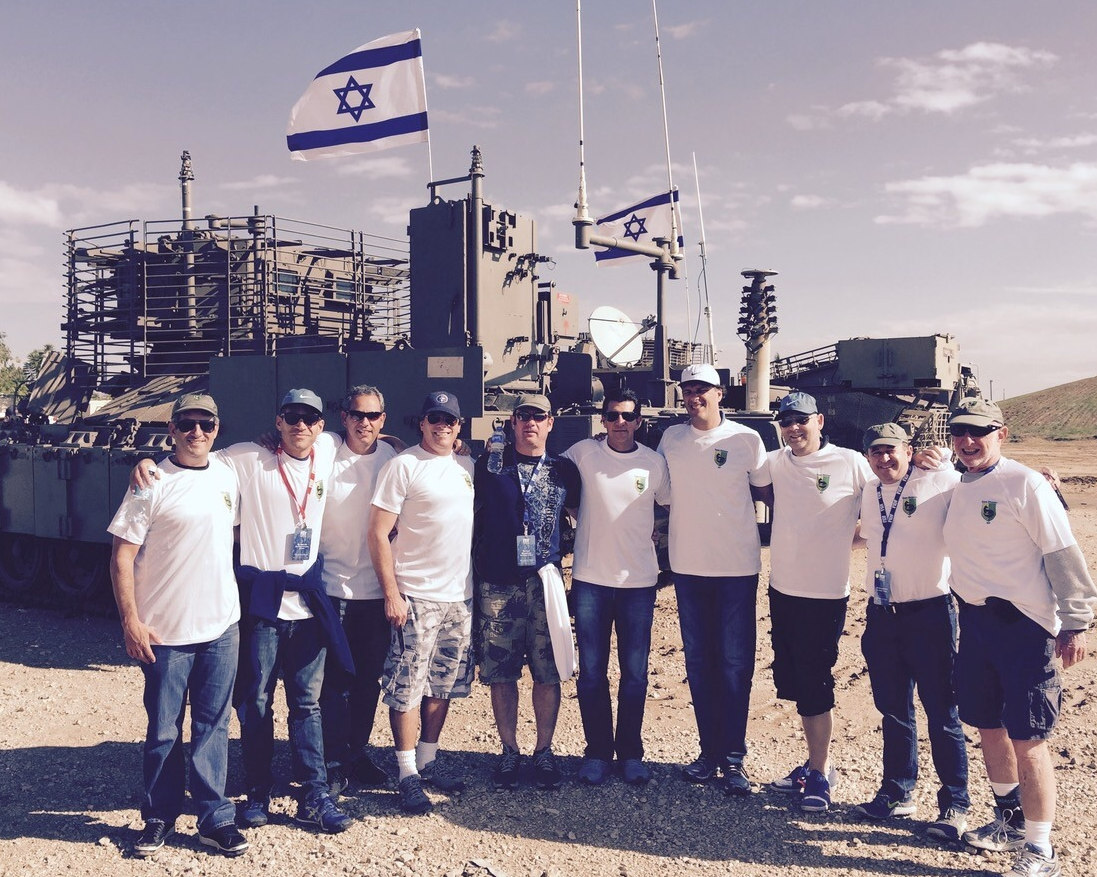 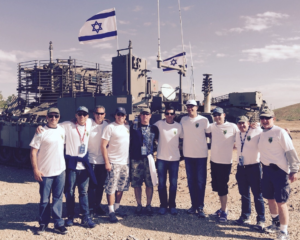 It was 8 in the morning and I was leaving Jerusalem on a bus, with a group from San Diego on a Friends of the IDF (FIDF) mission. Suddenly, the bus started to slow due to a traffic jam. We soon heard on the radio that Jerusalem was under blockade. Nobody was to enter or leave the city. That morning, a massacre took place, in an old synagogue in Jerusalem where a rabbi and three of his congregants were stabbed to death. Yet, despite the uncertainty of the situation, all of us in the bus felt safe, because outside the window, we could see the young men and women of the Israel Defense Forces (IDF).

When we finally arrived at our destination, the base of an Elite Warfare unit, we were not greeted by the usual friendly faces of the soldiers. Instead, we watched from afar as they were gathering their gear and boarding their vehicles. At that moment, I realized that these young men, about to embark on their mission to bring the perpetrators of the massacre to justice, were the exact same age as my own children, who attend college here in the U.S.

“We all have kids, grandkids, nephews or nieces, brothers or sisters who are in high school or college,” says Alan Katz, who is the chairman of the board for Friends of the IDF (FIDF) in San Diego and Orange County.

Katz is most passionate about the FIDF missions because it gives him an opportunity to personally interact with the soldiers. He has not only participated in but has led a number of local missions to Israel with the FIDF including one coming up in May 2017.

All of us want our kids to be safe and successful and are willing to do anything to make that happen. These kids are the future of this country, the Jewish people and our San Diego community. When you go on an FIDF mission, you get to see firsthand those young men and women of the IDF in action. Our San Diego community and FIDF have touched the lives of so many soldiers through social, educational and recreational programs.

Formed in 1981 by Holocaust survivors, FIDF is dedicated to the men and women who serve in the IDF, wounded veterans, and the families of fallen soldiers. Mike Dolinka, the Director of Development for the San Diego/Orange County chapter shared with us some exciting local and national missions that are being offered to the community.

These missions enable the community to travel to Israel and engage with soldiers on various military bases in a meaningful way. The mission participants come away from these trips with an up-close view of Israel, the geopolitical situation there, and the soldiers who stand guard over the country. Dolinka shared that these are not “tourist” missions, rather, they are an exclusive behind the scenes dive into the machine that is the IDF.

Each mission is unique in its participants and interactions with the soldiers. The San Diego community has led over 20 missions to Israel, including a couples mission and a young professionals mission. Participants have the opportunity to engage with many different units of the IDF, ranging from intelligence to air force, navy, and even special operations forces. FIDF missions take you on the journey of the Israeli soldier and enable you to see the many different crucial programs that FIDF supports.

Through these programs, FIDF addresses needs that range from in-service and post-service education to food vouchers for soldiers experiencing difficult socio-economic situations and their families, to larger construction projects such as synagogues, auditoriums, sports courts, gymnasiums, and club lounges. These facilities help the soldiers raise their spirits, keep soldiers healthy, and greatly improve morale on IDF bases.

One of FIDF’s flagship programs is called IMPACT! The IMPACT! Program is the largest scholarship provider for combat or combat-support soldiers in Israel, funding individuals who would otherwise be unable to receive higher education due to economic hardship. The scholarships cover the cost of the soldier’s studies: $4,000 annually for four years. The FIDF believes that these men and women who served either two or three years to protect the state of Israel deserve an education. Scholarship recipients are taught to “pay it forward” during their studies by volunteering at least 130 hours per year to local charities in Israel, serving such populations as Holocaust survivors, wounded warriors, youth at risk, and many other organizations in Israel. The program has now come full circle as many of the first graduating class are now IMPACT! donors themselves.

Katz is a supporter of the IMPACT! Program and states that these programs, while giving the soldiers opportunities to attend college, assist their family’s needs as well.

“The state of Israel cannot provide scholarships to every soldier,” Katz says. “The San Diego community loves the IMPACT! Program and it creates a huge amount of positivity.”

Local FIDF chapter missions are made up of about 10-20 participants. Dolinka shared that these experiences are “educational, recreational, and spiritual.”

“They give the participant a glimpse into the needs of the soldiers before, during and after serving in the military,” He said, speaking from experience. Dolinka served as a lone soldier from San Diego in an IDF combat unit.

For these Lone Soldiers, the FIDF provides flights home to visit family and friends, rest and recuperation days, financial aid, housing throughout Israel, a 24/7 support-center, care packages and letters of well-wishing from people in the United States who want to support the soldiers in Israel. Over 6,400 Lone Soldiers from 80 countries around the world currently serve in the IDF, many of whom visit with FIDF mission participants.

Katz shared that while missions are both regional and national, the goal is to continue to raise awareness and funds for the needs of the IDF soldiers in Israel. “Israel is constantly monitoring safety, 24/7. he said. I wouldn’t be involved if it weren’t such a great program.

Alan mentioned that he is leading another mission in May with 10 couples attending. A message that is helpful to disseminate is that the IDF soldiers should not primarily be seen as a fighting force, but rather as defending and protecting the land of Israel and Jews around the world. “We are helping soldiers and Israel,” Katz says. “I have not met anyone with a negative experience. The FIDF really is a moral organization, creating ambassadors for the State of Israel. Soldiers can’t stop thanking us while we are visiting them. They are amazed at how many Jews support them. It makes them feel good, there is positivity, you can feel it.”

For more information regarding missions to Israel, visit fidf.org or contact Mike Dolinka, director of development for San Diego, Orange County and Arizona at michael.dolinka@fidf.org.