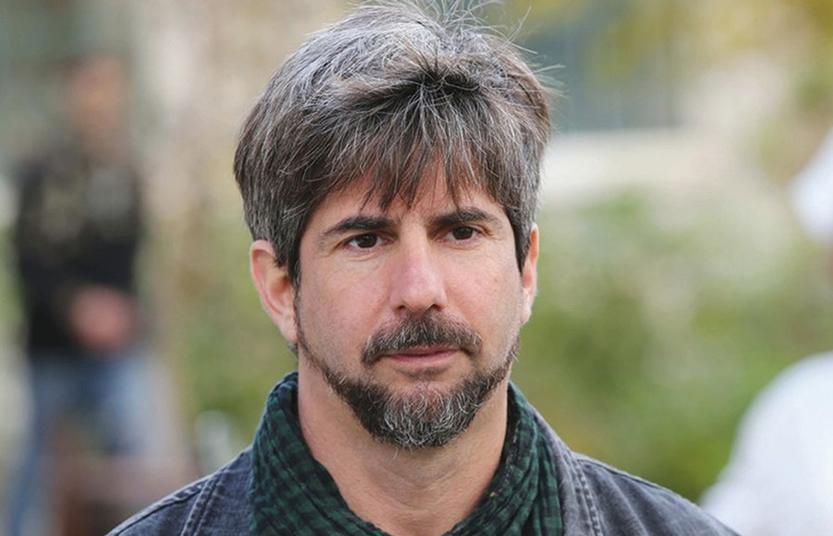 Bergman and Ofek are team-teaching at San Diego State, with Bergman teaching Aug. 25 through the end of October and Ofek teaching from November through December. The two are visiting thanks to the Schusterman Visiting Israeli Artists Program, which is bringing 13 prominent Israeli artists for residencies at top universities across the United States during the 2017-2018 academic year.

“When Marge Goldwater, director of the Schusterman Visiting Artist Program, offered me the opportunity to teach in San Diego, I immediately said yes,” said Bergman. “This is a chance to expand my children’s and my horizons. When I was a kid, I spent a year in San Diego. This year was well engraved in my mind. I wanted to allow my children the same experience and at the same time, to do one of my favorite things: teach.

“This is my first time teaching in the U.S. and it is thrilling, and challenging, and exciting. I’m thankful to the Israel Institute, the Leichtag Foundation, and, of course, to SDSU for this wonderful opportunity. I hope to expose students in San Diego to my Israel, the one they won’t see in the news.”

“This is also my first time teaching in the U.S. and I couldn’t be more excited to meet the students, hear their stories, and guide them with my knowledge and experience. I’ve heard so many good things about San Diego, and I’m looking forward to discovering the city for myself,” says Ofek. “I’m grateful to the Israel Institute for this wonderful opportunity to expose students in San Diego to Israel’s history and rich culture, and to be part of the Jewish life there.”

The Visiting Israeli Artists program is an initiative of the Israel Institute, a Washington, D.C.-based academic institute that aims to enhance the study of modern Israel. The institute brings Israeli filmmakers, choreographers, musicians, writers and visual artists for residencies at top universities and other cultural organizations in North America.

The Charles and Lynn Schusterman Family Foundation founded the program in 2008 to foster interactions between the artists and their communities, exposing a broader audience to contemporary Israeli culture.

“What makes the Schusterman Visiting Israeli Artist Program unique and so effective is that it allows members of the host community and the visiting artists to connect in a variety of settings, from formal to informal, over a significant period of time, rather than the more traditional one-off experience,” says Marge Goldwater, the program’s director.

Since the program launched, 68 residencies have featured 78 artists at colleges and universities across North America. The artists have included a recipient of The Israel Prize, Israel’s most prestigious award; an Emmy nominee; recipients of Israel’s highest literary awards, and many winners of Israeli Oscars.

“The Schusterman Visiting Israeli Artists program is the bridge between the Israel Institute’s academic and cultural programming. These visiting artists provide more than just classes that teach skills; these artists provide a window into the heart of Israel,” said Ariel Roth, the institute’s executive director. “Cultural education provides insights into the fabric of a society in a way that other courses cannot and the understanding of students in these classes is deeper and more enriched as a result.”