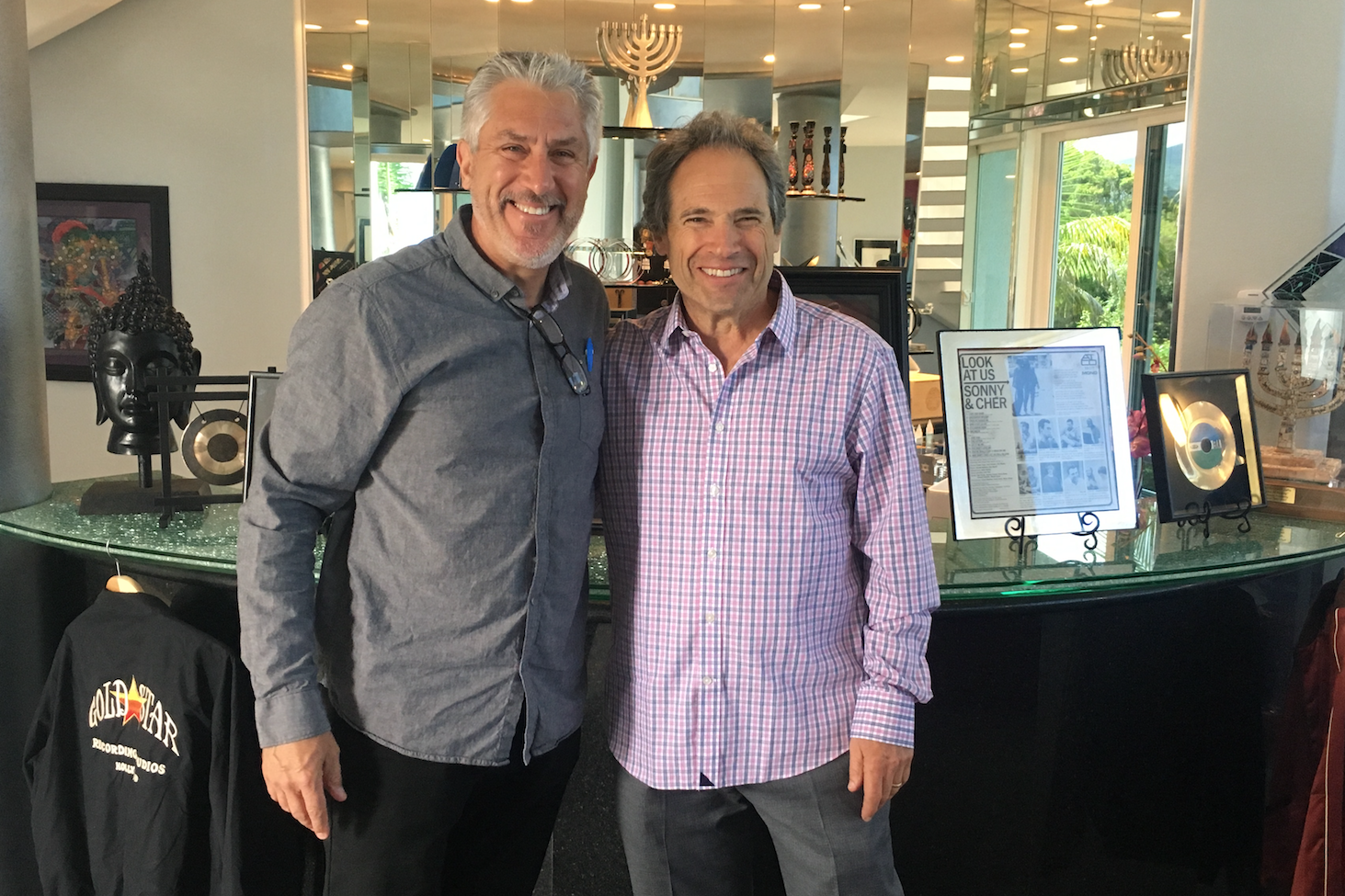 It all started with a trip to a San Diego dental office. Jonathan Rosenberg, in need of a check-up, went to see Dr. Brad Ross. For almost two decades, they have shared a cordial professional relationship, during which time Ross discovered that Rosenberg was not only a teacher/psychologist, but also a music historian. Rosenberg, a native New Yorker, discovered that Dr. Ross was the son of music royalty. His father, Stan Ross, an engineering genius, together with studio design pioneer Dave Gold, operated Gold Star Recording Studios in Hollywood from 1950-1984. As Rosenberg says, “Gold Star produced more Top-40 hits than any other independent recording studio in history.”

With music as the common thread, their professional relationship soon turned into a close friendship and productive working partnership as they embarked on both a documentary about Stan Ross’s career and accomplishments at the studio, and a musical; using over 30 of Gold Star’s greatest hits.

Interviewing many of the musicians and others who could recall anecdotes of their days at the studio, including Brian Wilson; Herb Alpert; Bill Medley; and Brad’s late mother, Vera; Rosenberg and Ross tell this heretofore unknown story in their musical, titled 33 1/3- House of Dreams. More than just a musical revue, the audience is “brought into the studio” famous for its “Wall of Sound” to witness the birth of the most iconic songs in music history. Known by some as the “Godfather of Rock and Roll,” we see the struggles Ross faced as he attempted to balance work and family with the constant demands of running the country’s hottest studio.

As one of the first independent studios in the ’50s that was “color blind,” Gold Star worked with artists that included African Americans (Hugh Masekela, Barry White) and Hispanics (Ritchie Valens, Chris Montez). An elite group of studio musicians, including Leon Russell, Carol Kaye, Hal Blaine, and Glen Campbell, who called themselves “The Wrecking Crew,” made Gold Star their “home away from home.” Singers and songwriters; musicians and arrangers, and even actors like William Shatner believed that they could successfully record the next hit record – -if they recorded it at Gold Star.

After much hard work, 33 1/3- House of Dreams is ready to be unveiled. “The stars have aligned!” stated Ross. “We have the award-winning production team of Javier Velasco and Steve Gunderson, along with the enthusiastic support of the San Diego Repertory Theater and the Jewish Arts Festival.”

The production is poised for a summer 2018 World Premiere at the Lyceum Theater. 33 1/3-House of Dreams, with its themes of creativity, competition, commitment, and comradery, is a story that is both contemporary and a look into the past, combined with many of the best pop music songs of the past century that have stood the test of time. Rosenberg and Ross have recently set up a Kickstarter campaign to help fund this production, so it can reach its fruition. Tax-deductible donations can also be made to the San Diego Rep earmarked for 33 1/3-House of Dreams.