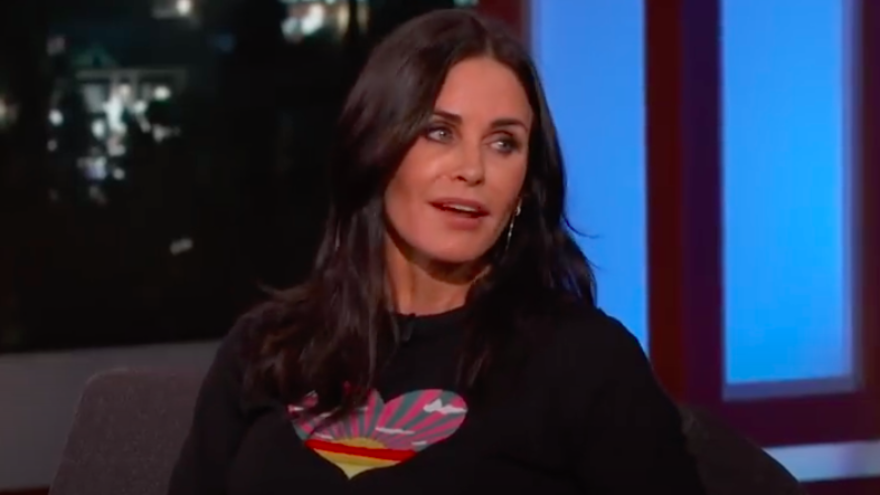 The first line in the opening theme song of the former TV sitcom “Friends” goes “so no one told you life was gonna be this way”—a sentiment many are feeling amid the coronavirus pandemic that has caused society to change how it operates, including how Jewish holidays and milestones are being celebrated.

One bar mitzvah in the United Kingdom whose theme revolved around the show went virtual when the teen received a visit two months later from one of its stars.

Dozens of family and friends from England, Israel and the United States were invited to attend 13-year-old Naftali Arden’s bar mitzvah in March, complete with “Central Perk”-looking invitations.

Instead, approximately 4,000 fans of the popular sitcom happened to join as well, reported the London-based Jewish Chronicle. The event’s rabbi said that this was the first virtual bar mitzvah to come out of England so far.

The viral nature of the online event caused Arden to appear on “The Late Late Show with James Corden” and talk with Courteney Cox, who played Monica Geller in “Friends,” which aired between 1994 and 2004.

“Oh my gosh, hello!” gushed Arden as Cox appeared on the show.

What made him watch the complete series seven (seven!) times?

“You can relate to all the characters,” said Naftali.

Cox said that she decided to get him a foosball table like the one that appeared in the apartment of Joey Tribbiani (Matt LeBlanc) and Chandler Bing (Matthew Perry).

“Thank you so much,” said Arden with a smile.

Of the Book: Counting the Omer