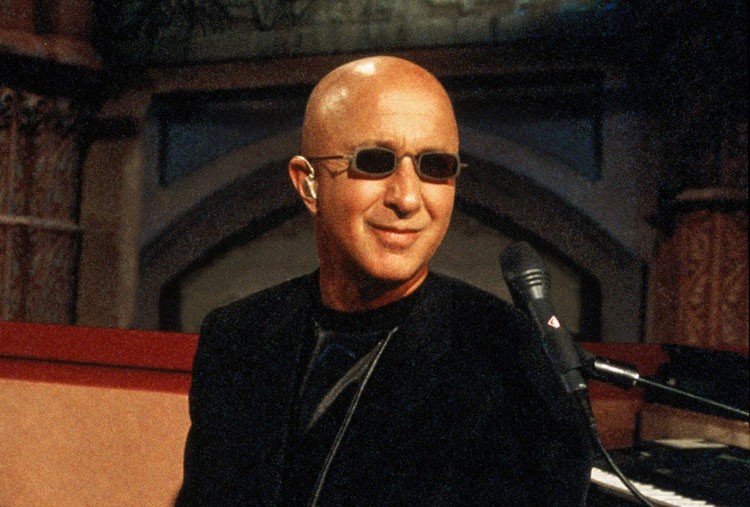 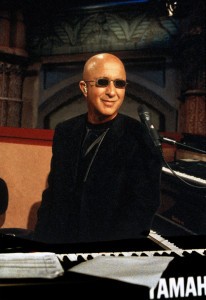 A Jewish upbringing taught Paul Shaffer, David Letterman’s musical director and sidekick for 32 years, the value of giving back.

After the Sept. 11, 2001 attacks, Shaffer served as musical director for “The Concert for New York City,” and in 2012 he accompanied Adam Sandler in “12-12-12: The Concert for Sandy Relief,” a fundraiser for people affected by Hurricane Sandy. He was also the national spokesperson for Epilepsy Canada.

“My mother taught by example,” Shaffer said in an interview with JNS.org. “She was a great supporter of Israel. She was a great supporter of local charities and gave her time for the Hadassah (the women’s Zionist organization), as well as the ladies auxiliary at the hospital. Growing up I watched this, so it just came natural to me. Getting involved in charities and fundraisers myself became a great opportunity for me to use my musical talents to do some good.”

In April, Letterman announced his intent to retire in 2015 around the time when his contract with CBS expires next August, meaning the end of the line for the “Late Show with David Letterman.” What’s next for Shaffer?

“I’m going to try to find something which is as much fun as this has been, but it is not going to be easy because it really has been the dream job for me,” he told JNS.org. “Getting to play every day, have my own band, do comedy, go up against the quickest, smartest guy in the business–it’s not going to be easy, but I’m still going to play the piano. I’ll be looking for more ways to do that.”

Shaffer’s parents, Shirley and Bernard, introduced him to the piano when he was growing up in Fort William (now Thunder Bay), Ontario, Canada. He went on to work as the musical director for the Toronto production of “Godspell” in 1972. Two years later he played piano for “The Magic Show” on Broadway and became a member of the house band on NBC’s “Saturday Night Live” (SNL) from 1975-1980.

“My parents said, ‘That kid is going to play the piano and that’s the way it’s going to be,’” said Shaffer. “Playing the piano was obligatory, but I enjoyed it and still do. There was always music playing in my house. My mother with her Broadway show tunes as well as classical tunes. My dad played the great jazz singers of his era. I had music always ringing in my ears.”

From his role as musical director for John Belushi and Dan Aykroyd whenever they recorded or performed as “The Blues Brothers,” to his appearances with Adam Sandler, Shaffer has fond memories of the SNL comics.

“It was a time when they were making this stuff up and inventing it for the first time and figuring out what kind of show SNL was going to be,” Shaffer said. “It was going to represent the youth culture. It was going to break down the barriers. I got to be there and watch this happen and develop. I spoke with [SNL creator] Lorne Michaels a few years ago and I said in watching some of the musical parodies, ‘These guys are better now than we were.’ Lorne said, ‘You can only be first once.’ By that maybe he meant that the first cast laid down the pattern and showed how this was to be done.”

Shaffer has played and recorded with many famed musicians, including Ray Charles, B.B. King, Donald Fagen, Diana Ross, Carl Perkins, Robert Plant, Billy Joel, and Bob Dylan. His own album, “Coast to Coast,” was nominated for a Grammy in 1989. Soon he will broadcast his 2,500th segment of Paul Shaffer’s “Day in Rock,” a radio show that illustrates the daily history of rock and roll. The daily vignette draws on Shaffer’s vast musical knowledge and his ability to offer expert commentary on the history of rock.

“It’s what I love,” he said. “I have a huge compendium of fun facts and comic rock trivia. Everything we talk about is accurate but we present it with a comic twist. Sort of like what John Stewart does with the news [on “The Daily Show”], we do with rock trivia.”

In June 2006, Shaffer received a star on Canada’s Walk of Fame. Still, whatever his other personal achievements are, he will forever be connected to David Letterman. Asked to describe Letterman’s legacy, he called him “the guy that all the other talk show hosts looked to, to figure out how to behave in times of stress.”

“Right after the 9/11 attack comes to mind,” Shaffer said. “He stayed off the air initially. He went back on then everyone else went back on. He said, ‘It’s time to start going back to our normal lives and laughing again.’ Everyone else said, ‘Yes it is.’ That’s his legacy. An intelligent guy on the spot. A real intelligent man behind the desk who really knew how to run a show like that. Interviewing not only the craziest clown or comedic performer up to the leader of the free world and doing a great job no matter who it was.”

Reflecting on his Jewish upbringing, the 64-year-old Shaffer said, “Judaism is certainly a blueprint to bring up your kids, and if you follow that blueprint, you can be assured that they are going to be great, that they will carry on the tradition of their parents.”

“My parents were the greatest,” he said. “They brought me up that way. Not all that observant, but there was only one synagogue in town which was Orthodox, so my education was Orthodox. It gives me something to fall back on spiritually, that kind of background.”