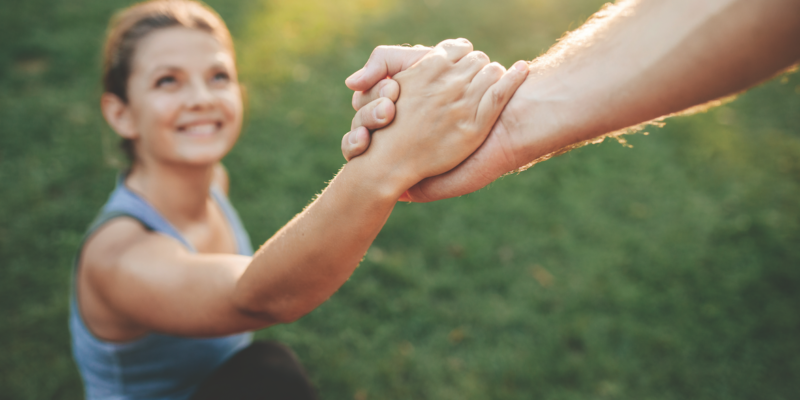 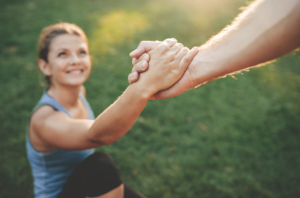 The First Step Toward Ensuring Diversity, Equity And Inclusion In Judaism Is To “Be Kind!”.

The premiere episode of the series, entitled Hear O’Israel, features Rabbi Douglas Goldhamer, founder of Congregation Bene Shalom and The Hebrew Seminary in Chicago, the only full-service synagogue in the nation serving the Deaf.

Goldhamer lays out the underlying thesis of his life’s work in the final moments of the 8-minute episode. “Be Kind, Be Kind, Be Kind,” he says aloud and in American Sign Language. “To me that’s the most important activity we can do, ‘Be Kind’ If we can learn this and practice that, whoa, that’s powerful!”

Montreal born Goldhamer, who is 76 years old, has dedicated his life and spiritual calling to advocating for the deaf community and honoring diversity, equity and inclusion in the Jewish Faith.

And his calling is deeply personal.

At only 30 days old, Goldhamer suffered a botched radiation treatment for a skin ailment (a disturbingly common practice back in 1946) leaving half his body, and most notably his hand, burned and discolored.

Growing up, he was often teased because of this, which, at a very young age, set him on a path of immense empathy and compassion for marginalized communities and those deemed different.

Because he could relate to feeling ostracized from the community, Goldhamer decided to do something about it. He founded Congregation Bene Shalom in 1973 in Skokie, Illinois, the first of its kind in the nation to serve the Jewish deaf community. Bene Shalom is now the only full-service synagogue in the nation for the deaf and hard of hearing. What started out with 11 families, now serves hundreds of families as part of a thriving community. He even officiated the Bat Mitzvah for Academy Award-winner Marlee Matlin.

But starting the only congregation for the deaf wasn’t enough for Goldhamer. He wanted to do more. In 1992, he expanded his vision and founded the Hebrew Seminary, training hearing and Deaf rabbis to work with the Deaf community and be fluent in ASL (American Sign Language). To date, the seminary has graduated 20 rabbis.

To witness one of Goldhamer’s services is to experience joy. All of the services are professionally interpreted in ASL, a visually engaging and inspiring experience with clapping, dancing, and singing. But just being around Rabbi Goldhamer is an uplifting experience. His compassion shines through to anyone that crosses this path.

As viewers will discover in Sign of the Times, Goldhamer’s life and work embody a number of important lessons, most notably that one of the ironies of life is how the adversity we face can oftentimes be one of our greatest blessings.

Rabbi Goldhamer’s burned hand, which ostracized him throughout his life, had become a tool for spiritual connection, community and creativity through his mastery of sign language coupled with an understanding of marginalized communities he might not have related to if it wasn’t for the trauma he faced as a child.

And kindness is not just a virtue, but a verb, an “action” for Goldhamer.

According to the Rabbi, it is.

Sign of the Times is a new digital series from Silver Screen Studios and Reboot. The premiere episode Hear O, Israel featuring Rabbi Douglas Goldhamer can be found at www.silverscreenstudios.org.