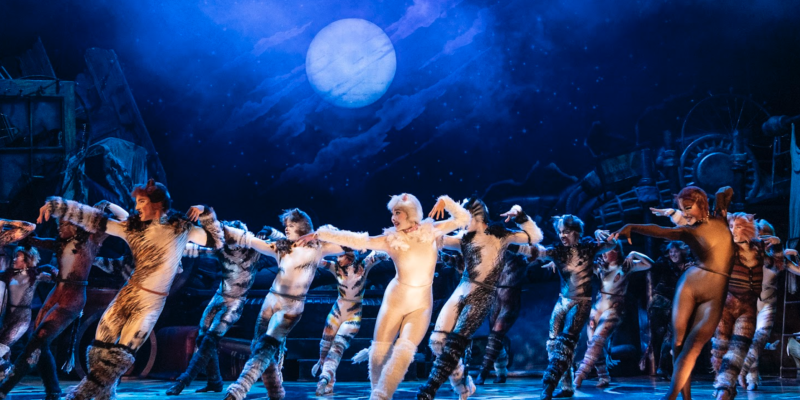 Imagine the world of musical theatre without some of its iconic songs. Ponder what Cabaret would sound like without Liza Minnelli’s version of the titular theme. Consider Les Mis without “One Day More,” “Phantom without “The Music of the Night,” or Fiddler on the Roof missing Tevye’s question of “If I Were a Rich Man?” Ask yourself what your memory of these renown musicals would be without their heart, their soul…their memory.

When playing “Memory” in 1980, Andrew Lloyd Webber asked his composer father if the song sounded like anything he’d ever heard before. With a sly smile, Lloyd Webber Senior allegedly said “Memory” sounded “like a million dollars!”

Cats is one of the most successful shows in Broadway history amassing seven Tony Awards®, including Best Musical. “Memory” has been recorded by over 150 artists worldwide with one of its most recognizable covers done by American singer, songwriter, actress and director Barbra Streisand for her 1981 album.

Forty-one years after Streisand’s recording as well as Elaine Paige’s original, Cats makes its San Diego stop at the Civic Theatre from September 27 through October 2. Taking the “Memory” mantel as Grizabella for this tour is Tayler Harris. Recently, L’Chaim San Diego Magazine had a chance to sit down and chat with Tayler.

“I’m excited to step back into the swing of being in the junkyard!” Tayler exclaimed. The junkyard? “It’s a thing we say when doing a show in a junkyard.”

When asked how she felt about stepping on stage for such an iconic role as Grizabella, “now that I am to embark of year two of stepping into this, it’s still doesn’t feel real. It’s a transformative year and new chapter in my life and am so grateful for the opportunity.” With a reflective pause, Tyler continued, “sometimes I’m still in shock that I wake up and go, ‘this is my job, this is what I’m doing, I’ve worked really hard for this’, but I am the current human being in the U.S. who’s getting to play this role full time and it’s amazing, it’s been so much fun.”

Harris doesn’t shy away from the characters long memory and acknowledges that the shoes she’s filling feel mighty big. Attached to huge names on and off the stage, as mentioned before, Streisand and Page, but also Jennifer Hudson’s turn at Grizabella in the 2019 film adaptation. When asked if she has taken snippets of prior performances of “Memory,” Tyler answered, “for me as a performer, it’s definitely a Tyler Harris exclusive, but with any role that you do you’re forced to do so much research on how it’s sung but then also taking every note and translating that note and what it means to you.”

Grizabella’s shoes may be huge but they’re also plentiful. It’s easy to just look at the powerhouses that have played her, but Harris focused on one actress who dawned the paws before her. “Lillias White…she was the first black woman to play the role in the nineties. I just sometimes like to just do my best to channel my inner Lillias White as much as I can just to honor that, because she is someone that I look up to in the industry for sure.”

Yet not everything is just work for our generations Grizabella. When asked if she sings karaoke, Tyler laughed and told us a little trick she plays on unsuspecting patrons when she goes up to sing. “I have a bit of a method to my madness now. My go-to karaoke song is “It’s All Coming Back to Me” by Celine Dion. But usually what I do, I haven’t done it in a while, I kind of start off like singing my song pretty terribly and like very generically. I kind of just start off honestly sounding quite bad, and when I get to the first chorus, I just totally change my demeanor and just start singing like nobody’s business but the song. And people are just kind of sitting there like, what is happening? This is the same person, and my friends are just sitting there shaking their head like, Oh my gosh, of course she did this again.”

Cats isn’t just a musical, it’s the foundation for the everlasting light of inspiration seen in almost every Broadway fan. Because, before Hamilton took his shot, before Dear Even Hansen broke his arm, before we took a ride down to Hadestown…there was a lonely junkyard cat, with a haunting and melancholic yet meaningful memory.