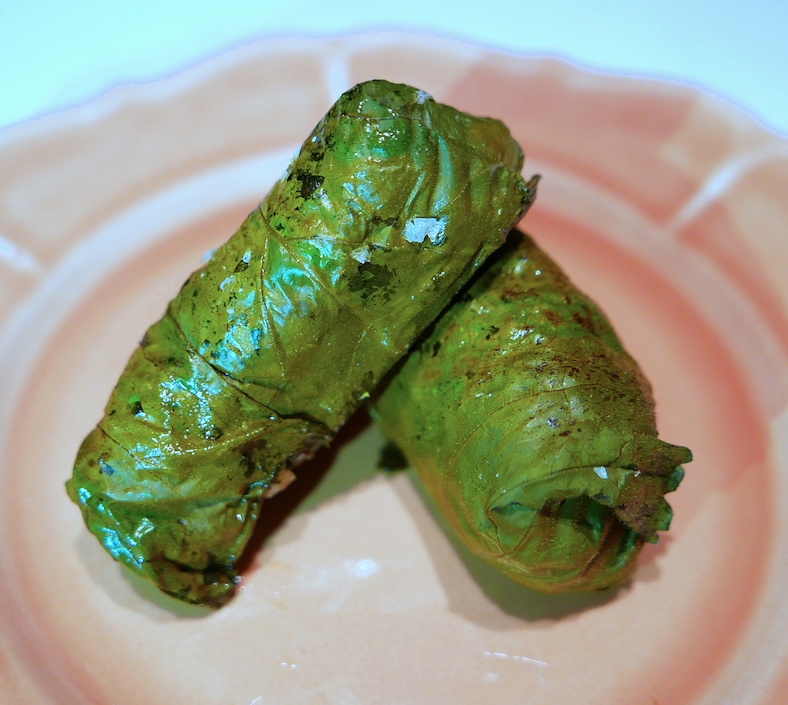 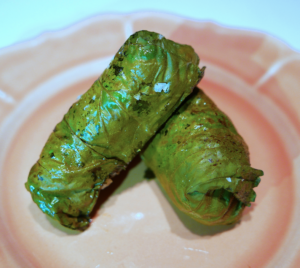 Nowadays you can eat just about anything from anywhere and do so any time of year. And it’s tempting to do so. Sometimes a Caprese salad sounds great, even if the closest you can get to a wonderful summer heirloom tomato is a hard winter hothouse version. But there are powerful reasons to eat seasonally and locally — flavor, health, money and more — and there is more than one way to do so. Take, for example, foraging.

Nearly every American of a certain age remembers famous forager and Grape Nuts pitchman, Euall Gibbons, asking viewers “Ever eat a pine tree … many parts are edible” before commenting that the cereal’s taste “reminds me of wild hickory nuts.” While that commercial may have been the spot that launched a thousand jokes, he may have won the battle. Of course, Gibbons may have won the battle in the end. His life’s work was pointing out that we regularly discard as “weeds” may plants far tastier and more nutritious than ones we cultivate. And many of the ones he specifically pointed to now regularly feature on restaurant menus and in home kitchens: purslane, amaranth and lamb’s quarter, for example.

With a trip into one of San Diego’s many, wonderful urban canyons you can discover that for yourself. If, as Mark Twain supposedly said (but is more likely more genuinely attributable to others) “golf is a good walk ruined” then foraging is a good walk enhanced. And the enhancement can be mouthwatering.

This time of year the floor of our canyons is carpeted in greens such as nasturtium and mallow. Nasturtiums, in a couple of months, will grow the sorts of orange and red flowers that frequently garnish salads and other restaurant dishes. The greens themselves may feature in those salads or be used as a peppery, lemony base for a pesto or chimichurri sauce. Later in the year one of the real prizes is stinging nettles—yes, stinging nettles. They may have a fearsome name but they are absolutely delicious, with a deep savory, zesty flavor. They do sting if you touch them with your bare hands, but handled with gloves they’re both perfectly and wonderfully tasty. Try them in a soup.

Right now, perhaps the best candidate for foraging is mallow. The leaves of the mallow plant, which goes by the botanic—and perhaps poetically accurate—name malva neglecta, are perhaps the best part. They can be used in salads, in soups (much as their cousin, okra, is commonly used), or sautéed as a green. My favorite way, however, is to stuff them as grape leaves are used in Middle Eastern dolmata.

The stuffing can be just about anything. Rice with nuts and dried fruits is classic. Meat-based stuffings are common. When serving them hot the stuffed leaves—called dolma in Ottomon Turkish—are often accompanied by an avgelemono (egg-lemon) or garlic-yogurt sauce. But they can be appreciated, perhaps, more fully in their own right served cold without a sauce.

Just about every Middle Eastern country has some variation of dolmata. But since we are in Southern California I wanted to put a spin on the dish that honored both California cuisine and the new cuisine of Baja just to our south. So, instead of the more traditional rice as the base grain I chose to use a nutty-flavored course grain bulgur. Rather than dried fruit I used oven-roasted tomato. Lastly, rather than lemon I used Mexico’s ubiquitous lime.

And, of course, instead of the classic grape leaves, I used the mallow leaves we foraged from a nearby central San Diego canyon. The result was a dish that was instantly recognizable as a dolma. It was comfortably familiar but with subtle changes in direction of the flavor that made it an easy fit for Southern or Baja California. It was seasonal, organic and very, very local.

Maldon (or other finishing) salt

For the Oven Roasted Tomatoes:

1) Make the Oven Roasted Tomatoes. Preheat the oven to 325° Fahrenheit (165° Celsius). Cut the tomatoes in half horizontally. Using a sharp paring knife and your fingers, remove the stems and seeds. Add the olive oil to a baking sheet, place the tomatoes (cut side up) on the sheet and season them with kosher salt. Roast the tomatoes for one to two hours, or until the tomatoes are completely softened and wilted, and start to wrinkle. Remove from pan and cut each tomato into three pieces.

2) Make the Bulgur. Combine the broth and bulgur in a large sauce pan, bring to a boil then lower the heat and simmer for 25 minutes.

3) Make the Filling. Combine the tomato pieces, the slivered almonds and two cups of bulgur. Mix thoroughly and season with kosher salt, black pepper and smoked paprika. Taste the filling and adjust the seasonings as desired. Add more bulgur if desired.

4) Stuff the Leaves. Preheat the oven to 375° Fahrenheit (190° Celsius). Place about a tablespoon of the filling in the bottom third of the mallow leaf. Starting with the bottom of the Mallow, fold the bottom two lobes toward the center over the filling. Next, fold the two sides of the leaves toward the center over the top. Compact the package and, holding the two sides with your fingers, continue rolling it on to itself, jelly roll-style. Continue rolling the stuffed leaves until all of the mallow and/or filling is utilized, placing them in a baking pan as each is completed.

5) Bake the Stuffed Leaves. Squeeze the lime juice and olive oil all over the stuffed Mallow leaves through a strainer (to catch the pits). Place the baking pan with the dolmas in the oven and bake until completely cooked through (about half an hour to forty minutes). If the pan gets too dry squeeze some more lime over the dolmas.

6) Plate the Dish. If offering individual plates, serve two to three per plate, leaning the dolma up against each other in a “V” pattern or a zig-zag. If serving a table arrange enough on a large plate to offer two to three per guest, perhaps cutting one in half vertically to reveal the filling inside.