Doctor are preparing for an operation 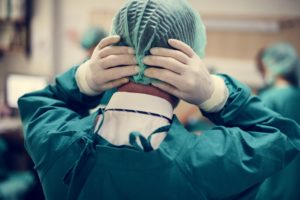