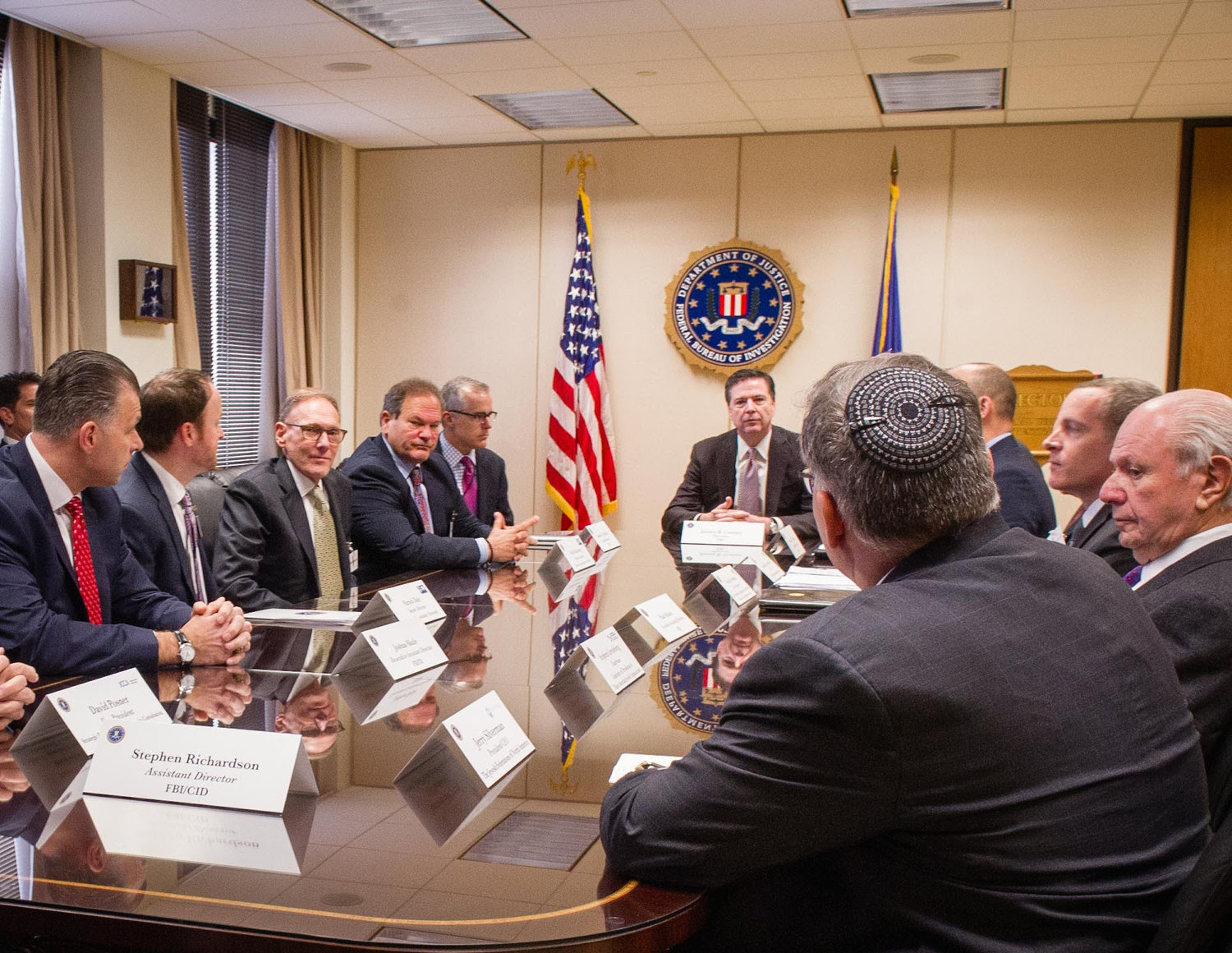 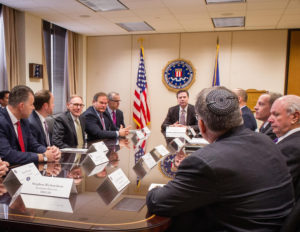 Jewish leaders meet March 3 with FBI Director James Comey and other federal officials to discuss the recent wave of anti-Jewish threats and attacks in the U.S. Credit: Conference of Presidents of Major American Jewish Organizations.

American Jewry is under assault. A wave of bomb threats called into Jewish community centers and schools, cemetery desecrations and vandalism aimed at other identifiable targets such as synagogues has created an atmosphere of fear about anti-Semitism unmatched in recent memory. The incidents have caught the attention of the entire nation and brought home to a not insignificant percentage of the Jewish population the possibility that their gathering places have become a target for extremists.

But like everything else in our hyper-partisan era in which any issue can become a political football, in the last several weeks anti-Semitism has become a political cudgel for Democrats seeking to blame President Donald Trump for the surge in incidents. They believe Trump caused the hate and now that he has begun, admittedly belatedly, to use the bully pulpit of the presidency to condemn hate, they say it is insufficient.

Trump’s critics are right to the extent that he has been guilty of pandering to extremists and his willingness to disparage minorities was deplorable. Alt-right internet trolls pledging allegiance to his candidacy bombarded Jewish journalists—especially conservatives who were no fans of Trump—with abuse and threats.

But the notion that the history of American anti-Semitism begins and ends with Donald Trump is as absurd as it is misleading. On Jewish issues, Trump’s presidency in some ways illustrates the acceptance of Jews at the highest levels of society. The constant presence of his Jewish daughter and grandchildren in the White House creates a situation past generations of Jews who faced widespread discrimination and social ostracism could not have imagined. Trump’s attitude toward Israel, where he is seeking better relations with its government after President Barack Obama’s hostility, and his administration’s adamant opposition to both anti-Israel bias at the United Nations and the Boycott, Divestment and Sanctions (BDS) movement deserves the community’s applause rather than skepticism.

Even if we fault Trump for reacting slowly to the problem—since he characteristically chose to regard questions about hate as an accusation rather than an opening to say what needed to be said—there’s still no evidence those involved in the threats were in any way inspired by him. Indeed, the only person so far apprehended for making a threat against a number of the JCCs was a left-winger, not a Trump supporter or a member of the alt- or far right.

According to FBI statistics, hate crimes against Jews have always vastly outnumbered those of every other faith group including Muslims despite the claims of a post-9/11 backlash against them. Moreover, the main source of hate against Jews these days isn’t from marginal far right figures supposedly empowered by Trump’s triumph but from the alliance of Islamists and left-wing secularists who seek Israel’s destruction. The BDS movement has sought a beachhead on American shores and college campuses and everywhere it arises, anti-Semitic acts and statements follow.

Yet one needn’t downplay the importance of the surge of threats to Jewish institutions to understand that those pressing the panic button are not thinking straight. The spate of incidents has obscured the reality of American Jewish life in 2017. Jews are accepted in every sector of society, politics, culture and business. If assimilation poses serious problems for the future of non-Orthodox Jewry, it is due to the triumph of freedom here and the collapse of barriers that once ensured continuity, not lingering bias.

That’s why even people like former Anti-Defamation League head Abe Foxman are correctly saying that the current situation is a problem but not a crisis. He’s also right when he points out that the reason for most of the hysteria about the threats is political rather than a genuine concern for the safety of the community.

The reason the mainstream media and many Democrats are now shouting about anti-Semitism—while they often downplay it when it comes from far left, Islamic or Palestinian sources—is that they believe it can now be blamed on Trump. One doesn’t have to be a fan of Trump to understand that those fueling the notion of a community under siege seek a partisan advantage against a GOP administration that is already reviled by liberal Jews.

Vigilance against hate is necessary but even as we cry out against those responsible for these vile crimes, it’s important for Jews to also remember that—contrary to the hysteria heard on the left— they are not living in Weimar Germany and Trump isn’t Hitler. Attempting to pin hostility for Jews on one politician or party, especially the one that has become a lockstep supporter of Israel, will do nothing to deal with the most potent threats to Jewry in an era when anti-Semitism is on the rise elsewhere in the world and will ultimately do far more harm than good. 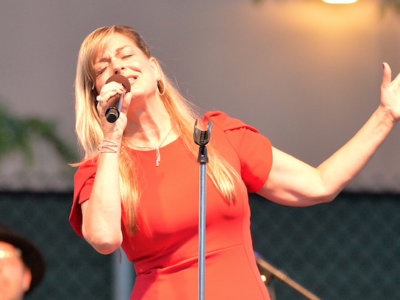