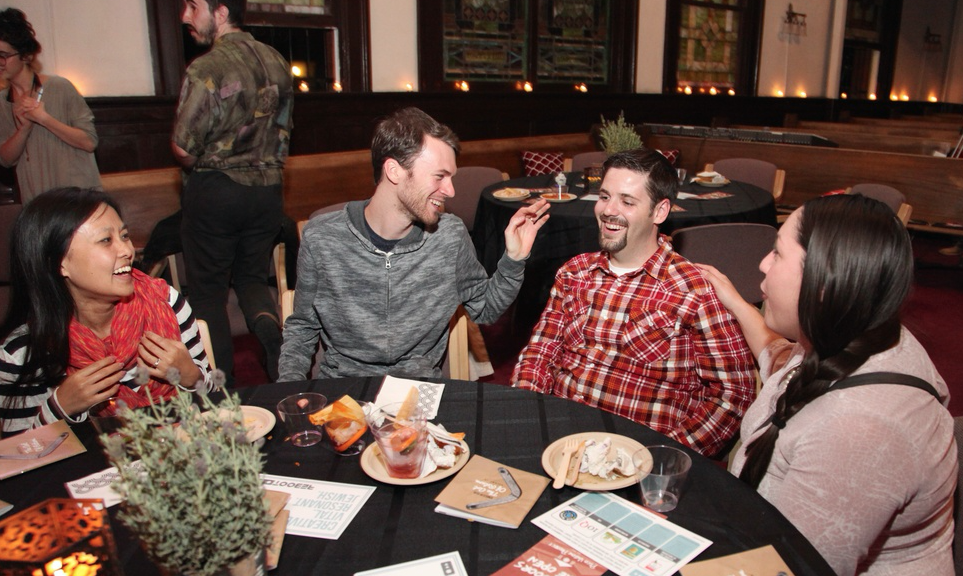 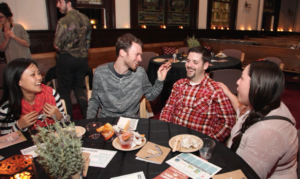 For some Jewish youths, the bar/bat mitzvah experience, like that of their teenage years in general, can be an awkward one. In most cases, the rite of passage is a culmination of years of studying in order to enter Jewish adulthood, and is feted in a large party with friends and family. But for others, the bar/bat mitzvah process can have negative elements and may even be an unofficial “goodbye” to their religious observance.

“The bar/bat mitzvah experience has been criticized as a shallow entry point to Jewish life for American 13-year-olds, and for far too many, it is their last connection,” Robin Kramer, executive director of Jewish non-profit Reboot says.

“As emphasis goes to details such as invitation design, party themes and music choice, less attention is given to the ritual of study, Torah, good deeds, and the significance of the moment of formal entry and welcome into the Jewish community,” Kramer says.

As a result, many Jews today, especially those in their 20s and 30s, feel disconnected from Judaism and have struggled to connect to their sense of Jewish identity and community as adults.

Seeking to bridge that gap, a new program launched by Reboot is seeking to help Jewish adults reconnect to their teenage years. The “reBar Mitzvah,” as Reboot call its, asking a deceptively simple question, according to Kramer: “If you could have done one thing differently at your bar/bat mitzvah, what would it be, and why?”

Founded in 2002, Reboot seeks to “affirm the value of Jewish traditions and creates new ways for people to make them their own,” according to its mission statement.

Through a network of 480 members and 700 community partners, Reboot focuses on helping Jews to “re-kindle connections and re-imagine Jewish lives full of meaning, creativity, and joy.”

In particular, Reboot focuses on the younger generation of Jewish Americans who feel disconnected from their faith either due to bad past experiences or a lack of knowledge or skepticism about traditional practices, but are seeking to reconnect with Judaism.

“Through conversations amongst our Reboot network (individuals in their 20s and 30s who see themselves on the periphery of Jewish life), it became apparent that many described their b’nei mitzvah experiences as alienating, short on meaning or off-putting, and they have since struggled to connect to their sense of Jewish identity and community as adults,” Kramer says.

Indeed, the Millennial generation (those born after 1980) have trended away from traditional religion observance.

According to Reboot, the reBar program is designed to draw in younger Jews by appealing to their diversity in both interests and makeup.

The reBar program creates a simple and flexible platform to help its participants reflect upon their own bar/bat mitzvah experience as an adult, and to think about what they might have done differently. From there, it enables the participants to connect to the present by learning and reaffirming their core Jewish values, and determining how they would like to engage with the broader Jewish community. There have been two reBar events so far, one in Los Angeles last November and another in San Francisco in January.

Heather Klein, a classically trained singer who specializes in Yiddish, says that if she were to have a do-over on her bat mitzvah, she would focus more on community service than on her musical performance.

“I definitely wouldn’t have performed operatic arias at my bat mitzvah party,” she says. “It seemed like a good idea at the time when my teacher proposed it, but now, I realize it watered down the significance of this life milestone. Also, now that I work with b’nei mitzvah students and watch their progress and struggles, I would have focused more on Tikkun Ha’Olam (repairing the world) by doing some sort of good deed in the community.”

Reflecting on her participation in January’s reBar event at San Francisco’s Contemporary Jewish Museum, Klein says, “It was a wonderful thing to go through Reboot’s steps and really rewind back to being a Hebrew school student. I have never asked myself these kinds of questions about my experience and feelings at the time. Also, this will help me when I become a parent, so I can get my kids to focus on having a meaningful bar or bat mitzvah.”

Lisa Brown, a New York Times bestselling illustrator, writer, and cartoonist of children’s books, was one of several speakers at the San Francisco event. Brown, whose son is approaching bar mitzvah age, thought it would be fun to reflect on her own bat mitzvah experience. As part of her presentation, she says she showed pictures from her bat mitzvah and annotated them as if her grandmother were looking over her shoulder and commenting, “because she always had something to say about everything.”

Brown added that as she and other parents from her generation get older, it is important for them to reflect on what culturally significant experiences they want to share with their children as well as what they don’t wish to share.

Besides hosting the events, Reboot has created a DIY (do-it-yourself) toolkit that enables people to have reBar events on their own, with friends, or in their communities.

“Our programs and materials are malleable and adaptable, appealing to a wide variety of individuals and community organization partners—from Moishe Houses to Hillels, museums and cultural centers, synagogues, DIY communities, and Shabbat dinner tables,” Kramer says.

While there are a number of Jewish organizations attempting to appeal to the younger generation in order to preserve their identity in an increasingly multicultural America, Kramer believes that reBar has the potential to become a popular trend.

“It seems to us that reBar has the potential to become an accessible new ritual in Jewish life,” says Kramer. “It prompts introspection about the bar/bat mitzvah experience as an evolving part of one’s life, taking into account the past, present, and future. … Reboot meets individuals where they are along their Jewish journey. From large-scale public events to intimate gatherings, Reboot offers new pathways into Jewish life throughout the Jewish year.”

Badass Kosher: “They tried to destroy us, we survived, let’s eat!”