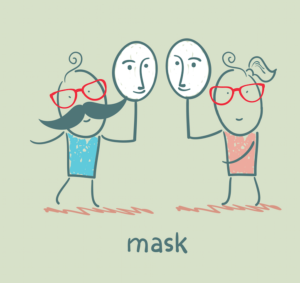 My first acting gig was for Junior Theatre (JT) in Balboa Park. I was horrendously shy as a kid, a mommy’s boy living in the shadow of my older brothers. JT gave me a voice, allowed me to express myself artistically and more importantly introduced me to something I had never noticed before: girls. The first play I auditioned for was the 1990 summer production of “Charlotte’s Web.” I was cast in the production, and my chubby cheeks had landed the lead. I was Wilbur the pig.

After seeing some old VHS evidence of my debut, I was pretty bad. I cringed every time I heard my pre-pubescent voice utter the words, “but Charlotte, I am a humble pig.” On the other hand, my parents were so proud. One, that I was talking; and two, that I was getting to know new people. They were so proud that my mom brought all my Jewish friends from school to watch me play Wilbur. You know, my very athletic, don’t know anything about theatre, jock friends. I am still friends with all of these guys, and I kid you not—they still call me Wilbur 24 years later.

I got my first paying gig as an actor three years after Wilbur, for a role in the local teen show, “Kickin’ it with KPBS!” I was the youngest cast member, but I remember we would go to high schools and film interviews with teens about their issues. It was an honest living for a 13 year-old, making $10 an hour. And then came my personal dark ages, I left theatre and everything to pursue a life in science. I acted in a couple shows here and there but nothing too spectacular. Then, I moved to Los Angeles and tried out stand up comedy.

Now that was scary. I truly felt fear the moment I had to make 40 people laugh on purpose. I failed miserably sometimes but stand up gave me an edge as a performer. After a couple of failed TV pilots (one including Ashton Kutcher’s production company) I returned home to San Diego. I quickly partnered with one of my mentors, a theatre director originally from Mexico City named Pepe Stepensky. He took me under his wing and allowed me to explore a side of me I had never explored—writing.

Last year, I wrote and acted in my first play, “Splitting Adam,” which Pepe directed. I played a loser kid who would use people for money including a crazy idea about charging men who lived in his grandmothers’ retirement home money to sleep with her. Yes, the original working title for this piece was “Pimping my Bubbe.”

After that, I met another person who introduced me to the local theatre scene, Herbert Siguenza, and I joined his Latino theatre troupe, Amigos del Rep. After a couple understudy roles at the Rep I was cast in a collaboration by the Rep and the La Jolla Playhouse in the 2014 Without Walls production of El Henry, a modern adaptation of Shakespeare’s Henry IV, where I played a flamboyant Cuban cholo with magical powers.

I’m still working with the rep as I write my second play, and I look at life as the cyclical muse it is. My family begged me to speak when I was a kid and now they beg me to shut up. Theatre changed my life; it made me a man. The arts allowed me to succeed and fail; that failure showed me that life isn’t too serious. Terrance Mann summed it up best when it comes to the arts, “Movies will make you famous; Television will make you rich; But theatre will make you good.”