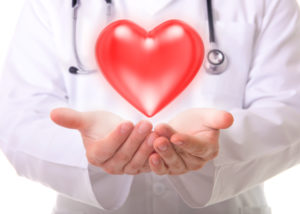 Growing up I knew I had three passions: writing, acting and science. I was obsessed with how things worked and always imagined myself wearing a white lab coat and sticking wooden applicators in patients’ mouths. (Cue dramatic music.) But all that changed on September 11, 2001. I was in college and I had a huge exam for my General Zoology class. My professor was extremely liberal, had strawberry blond oily hair that reached her waist and wore Birkenstock sandals non-stop. Upon hearing the news of the morning’s events, she made a quick anti-war comment and began handing out the exam. I stood up, said that this was the last thing we should be doing today and walked out. That day, I withdrew from the course and decided that science just wasn’t for me.

Now that doesn’t mean that science and the endless pursuit of empirical evidence doesn’t still haunt me daily, especially when attending synagogue. Especially my old synagogue. Since I was born my family belonged to an Orthodox synagogue. And I won’t lie to you. I detested it! The teachings just didn’t mix well with my inquisitive mind. Now I know there are many Orthodox Jews who will see that and want to correct me, and again I’m just stating my opinion. Every time I had a question or looked in the Siddur for an answer all I got was just more prayers. I wanted to know about God and I was curious about how the religion explained dinosaurs or UFOs.

True, these questions might seem asinine but I was a kid and I wanted answers. Unfortunately I never got them. I was just told to sit down and be quiet and pray. So I just twirled my tallit on the High Holy Days counting seconds and daydreaming. When I was old enough to fast, I would question why I could do certain things like drive to temple yet I couldn’t have water; again I was met with the same look of shut up and pray.

But what really defined religion for me was a dinner in Israel. When I was 19, I lived there for a year and one Shabbat, I was invited to a Rabbi’s house on Mea Sharim. Everything started the same as it did at home, we gave the blessings for wine and bread and sat and ate chicken and rice. At one point during dinner the Rabbi asked me if I could name some of the members of the US national soccer team, which I could. I rattled them off like clockwork. The Rabbi again smiled and asked me if I could name any of Joseph’s brothers. I stared at him and at the other people at the table, and said, “no, I can’t.”

The Rabbi then called over his daughter and asked how old she was. The girl quickly answered, “Chamesh” (five). The Rabbi then asked her to name all of Joseph’s brothers. She didn’t name them, she sung them. I sat there embarrassed. My friends bowed their heads. My blood boiled in frustration and my pseudo smile just cut the awkward moment like a knife. Like 9/11 killed my dream of being a doctor, this Rabbi disrupted my passion for being Jewish.. I never forgot that Rabbi and his daughter. It possibly even led my many frustrations with the Orthodox side of our beautiful religion. Today I belong to a conservative synagogue with a Rabbi I not only look up to but envy for his love of science. I don’t blame that Rabbi in Israel who questioned my knowledge of the Torah, because that’s all he knows. I guess in the end all that matters is that we love who we are, because it is the only way we will ever truly know where we come from and where we’re going.