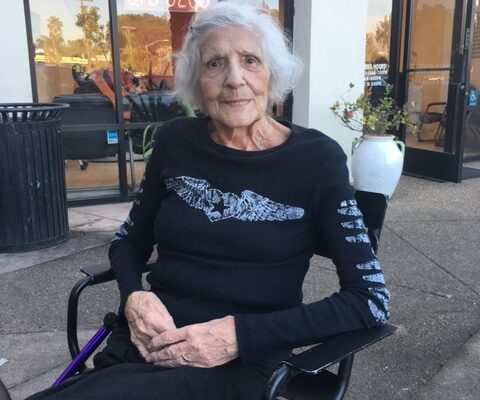 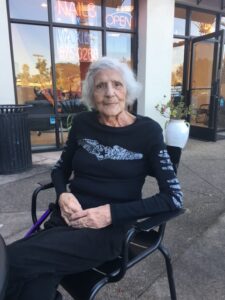 Yom HaShoah, the Holocaust Day of Remembrance, is always a very emotional time for the survivors. I am a survivor in the sense that I was able to escape before the Final Solution and I did not have to suffer the horrors of the concentration camps. I do not need Yom HaShoah commemorations to remember the many members of my family who perished in the Holocaust, nor have I forgotten my school friends and teachers who had no chance to leave Germany.

The Talmud says, “whoever saves one life saves the world.” Great Britain did not save the world but gave haven to 10,000 Jewish children from Germany, Austria and Czechoslovakia. I was one of those 10,000 permitted to enter Britain.

I grew up in Hamburg, a city which had a very vibrant Jewish population of about 60,000. At the time I started school, I could have gone to any public school in the city but from the beginning I attended a school for Jewish girls, belonged to the Ear Kochba, a sports club, and in general, life was good. Although Nazism had reared its ugly head, there seemed to be hope among the Jewish community that matters could not possibly get worse, and optimists predicted that Hitler would not be in power much longer. How very wrong they were.

I often heard the word “AntiSemitism” but did not really comprehend its meaning. I could not understand why suddenly everyone hated the Jews and called us terrible names on the street. Why could we not go to the public places which we had always enjoyed, and why were we treated as outcasts?

In 1938, about 50,000 Jews of Polish origin lived In Germany. A large number of Jews residing in Hamburg were born in Poland and had settled there over the last few decades. On October 28, 1938, a policeman knocked on our door very early in the morning with orders that my grandmother who was born in Poland and was a Polish subject, report to the Police Station that night in order to be returned to Poland. Since the Nazis decided to rid Germany of all Jewish polish citizens, thousands of unfortunate people found themselves being rounded up for deportation that night. My grandmother, a wonderful little lady, so very dear to my heart and really my best friend, remained in Poland and perished there.

A young man by the name of Hershel Grynspan, who lived in Paris, found out that his parents were among those who had been sent back to Poland. He entered the German Embassy intending to shoot the ambassador but instead shot a minor official who later died. This incident so enraged the Nazis who were already planning the Final Solution, that the next day, November 9, saw most of the Synagogues in Germany go up in flames. Thousands of Jewish men were arrested and sent to Concentration Camps. My Father, who on that day was on a business trip in Duesseldorf, was badly beaten up by the Nazis but he was released because he was a Czechoslovak citizen.

Many men were released later from the camps on the condition that they would leave Germany within a short period of time. However, so many obstacles were put in their way regarding passports, visas and other documents and since most countries were not interested in helping Jews, they eventually perished anyway. One country where emigration was possible was China and thus over 20,000 Jews ended up in Shanghai.

Kristallnacht (night of shattered glass) finally shattered the indifference of individuals as well as governments and as a result Great Britain declared itself willing to allow 10,000 children to enter the country. However, there were many rules to be followed. Children from 6 to 16 were eligible and had to be certified healthy. A guarantee of 50 pounds per child had to be paid.

The Quakers played an important role in this enormous undertaking. They helped to find private guarantor’s and foster parents for some of the children, while others found guarantors through a fund which had been established. Many organizations, Jewish as well as Christian, as well as private citizens collected funds and goods for the children and prepared places for them to stay.

Early in December, my parents informed me that I had been accepted to travel to England on one of the Kìndertransports that would leave Hamburg on December 15, 1938. On that day my father took me to the railroad station. I was extremely apprehensive, wishing that I had had an older brother or sister to join me, but I was an only child, 13 years old and had no idea as to what would happen to me. I remember huge swastika flags that decorated the station and many policemen and men in uniforms walking about the platform. The children and parents were waiting to say goodbye, and many did not know it, but at that time they were saying goodbye to their parents for the last time.

I remember, in one hand I had a suitcase that I could manage to carry, and my other hand held a small child whom someone had entrusted to me since I was a ‘big’ girl. A tag with a number was hanging around my neck. Very quickly we boarded the train that would take us to Holland. The Nazis permitted few adults to escort the trains so that the older children had to tend to the younger ones. Many SS men in their black uniforms and black boots patrolled the train and all the children were very frightened.

On our arrival at the border, we had to open our suitcases so that the Germans could make quite sure that none of the children were taking valuables out of the country. After all of us struggled to get our belongings back into our suitcases, we heaved a sigh of relief that we were finally leaving Germany, and the train continued into Holland. At one stop, to our surprise there were many people, Jewish and Christian, who had come specially to greet us and pass out candy and fruits.

When the train finally ended its journey at the Hook of Holland, children who had arrived from other parts of Germany, joined our group. We boarded a ferry that would take us to Harwich, England. It was nighttime and I remember little except that the ship was very small and crowded with children. The next morning, we arrived in Harwich. At that time, I began to wonder where I would end up, who would take care of me and what would become of my parents who at that time had no hope of leaving Germany.

On our arrival we were loaded onto buses and driven to a summer camp nearby. We lived in small huts without any heat. A huge Quonset hut served as a meeting point for about 600 children who gathered there each day, huddled around stoves to keep warm. We were taken care of by a group of friendly English people who did everything in their power to make us comfortable. Communication was quite difficult as most of the children did not speak English. Every day prospective foster parents came to the camp in order to take children into their homes. Unfortunately, some of the people providing foster Care were not Jewish so that in some cases, very young children lost their Jewish identities.

One day two men from The Grand Order Sons of Jacob, came to the camp and told us that they had a convalescent home in the south of England, not far from London, and they invited 50 girls to come and live there in a specially constructed building. I did not know it at the time but by deciding to go there, I had made sure that I would be well taken care of and would continue to live in a totally Jewish atmosphere.

Wyberlye Convalescent Home was a beautiful estate-like manor which housed the elderly relatives of members of the Lodge. We lived in the back of the Manor and were made as comfortable as possible. The younger girls attended school and slowly everyone learned to speak English. We had certain chores like washing dishes, peeling potatoes and making beds.

The girls who had come from big cities as well as small villages made friends and although life for us was far from normal, we settled into a routine. The Matron in charge, an elderly spinster, had no idea how to handle children and here she had to contend with 50 girls 4rom diverse backgrounds and different needs. She ruled with an iron hard to keep everyone under control. Saturday mornings we had services conducted by a Rabbi who came down from London each week. We looked forward to his visit. He listened to all of us who were so homesick and concerned for our families. He gave us hope and tried to help us adjust to our new surroundings. All of us looked forward eagerly each day when the mail was distributed, and we received news from our families. It was a very difficult time for all the girls as none of us knew what the future held in store for us. We knew that war was imminent, and we worried about our families who had been left behind.

I was lucky, my parents managed to leave Germany and arrived in England just before the war broke out on September 3, 1939. Most of my friends never heard from their families again.

Due to heavy German bombardments, the home was closed in 1940 and the girls were sent to various refugee hostels. I joined my parents in London arid although we lived in severe poverty, we were together and by some miracle, we survived the years of bombings in London.

I wish to thank Rabbi Prinz for inviting me to tell my story. I think that I can speak for all the survivors in saying that for all these many years we have never stopped appreciating the gift of life which we were given while so many of our people perished.