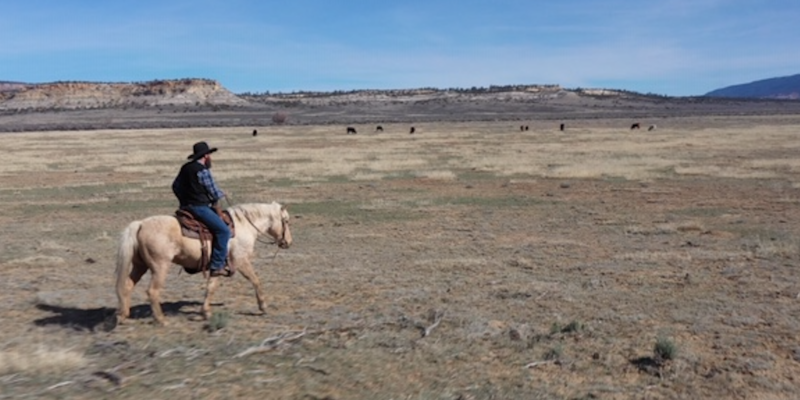 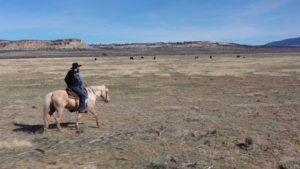 My late fiancé, an 8th generation New Mexican, used to tell me about the secret of crypto Jews of New Mexico. He was convinced that although he was raised Catholic, some of his ancestors were “Conversos” or secret Jews who came to New Mexico when it was being colonized by Spain. During the time of the inquisition, the Conversos were Jews who pretended to convert to Catholicism to avoid being killed. Some of them really did convert, but many continued practicing their Jewish traditions in secret for generations, perhaps without even knowing why. Michael would tell me of his Catholic grandmother lighting candles on Friday evenings because it was a family tradition.

I find the subject fascinating, so I was happy to preview local filmmaker Isaac Artenstein’s new documentary, A Long Journey, The Hidden Jews of the Southwest. This documentary chronicles the journey of the Sephardic Jews of New Mexico and Southwest Arizona as well as the Northern Mexican border town, Ciudad Juarez, and how they found their ancient roots and returned to the Jewish faith.

I have always had an interest in cowboys, and I am probably not the first Jewish woman to say this, so I closely followed the story of Tim Herrera, a cowboy, New Mexican cattle rancher, and proud Jew. Although not everyone in his mostly Catholic family approved, he rediscovered his Sephardic Jewish roots and converted to Judaism as did his wife and children. He embraced his faith and roots so strongly that he is currently in the process of moving to Israel as he wants to bring his experience as a rancher to the Holy Land and raise cattle there. Herrera is one of many Sephardic New Mexicans who have embraced Judaism, a theme the documentary explores.

This documentary came about after Artenstein finished a previous film, Challah Rising in the Desert — the Jews of New Mexico. Artenstein said that after showing the film at various screenings, so many people in the audience stayed after and talked about discovering their Sephardic roots and converting with such deeply felt emotion, that he and his long-time producer, Paula Amar Schwartz decided to make a follow up documentary and find out more about the history and lives of these hidden Jews.

Artenstein and his crew traveled throughout New Mexico and Southwest Texas to explore the world of the descendants of the “crypto Jews” and how many of them are exploring their family trees and coming back to Judaism, not always an easy feat. First, they have to research their ancestors and find the documentation that shows that they are descendants of Sephardic Jews. In fact, the Jewish Federation of New Mexico is one of the leaders in confirming a Sephardic background. Next, some have to contend with families who like Herrera’s family are dismayed that they are leaving the Catholic Church.

While filming, Artenstein and his crew met and interviewed many interesting characters starting with cowboy Herrera. There is the scholar, Ron D. Hart, who wrote the companion book for the film. There is the artist Charlie Carrillo, a Santero [one who draws saints or retablos] whose work is inspired by Spanish Jewish and Catholic imagery. Although Carrillo is Catholic, he is proud of the Sephardic roots many New Mexicans have and melds his art making sure his Hebrew letters are correct. There is Blanca Carrasco who honestly speaks about grappling with not feeling accepted by some of the congregants at her previous synagogue and her road to Judaism. Finally, there is Luis de Carvajal.

For me, the most charismatic of all the people interviewed is Stephen Leon, the Rabbi Emeritus of Congregation B’Nai Zion in El Paso, Texas. A warm and jovial Ashkenazi Jew from New Jersey, he has made it his life’s mission to serve the Sephardic community of El Paso and also Ciudad Juarez across the border. He helped many in their conversion and assimilation. For him, it was his Tikkun Olam.

This documentary is also worthy because it can be the catalyst for different discussions, such as the history of the people of New Mexico and the legacy of the hidden Jews or Conversos and the different manifestations, the life of those who converted in present day and the problems that can arise, and the traditions of Sephardic Jews. In the United States, much more is known about Ashkenazi Jews.

The photography in the documentary is stunning, especially the aerial views. It really gives the viewer a sense of the cultural and national landscape, especially New Mexico. Artenstein worked with his other long-time collaborator, his director of cinematography, Sergio Ulloa.

All in all, this educational documentary is worth seeing.

The official premiere of the documentary is November 19 at 7 p.m. on KNME/NMPBS in New Mexico. Since it will also be aired nationally, it is a good idea to check your local PBS affiliates for the airtime. Artenstein’s other works, Tijuana Jews and To the Ends of the Earth, A Portrait of Jewish San Diego can be found on his website at www.cinewest.net.