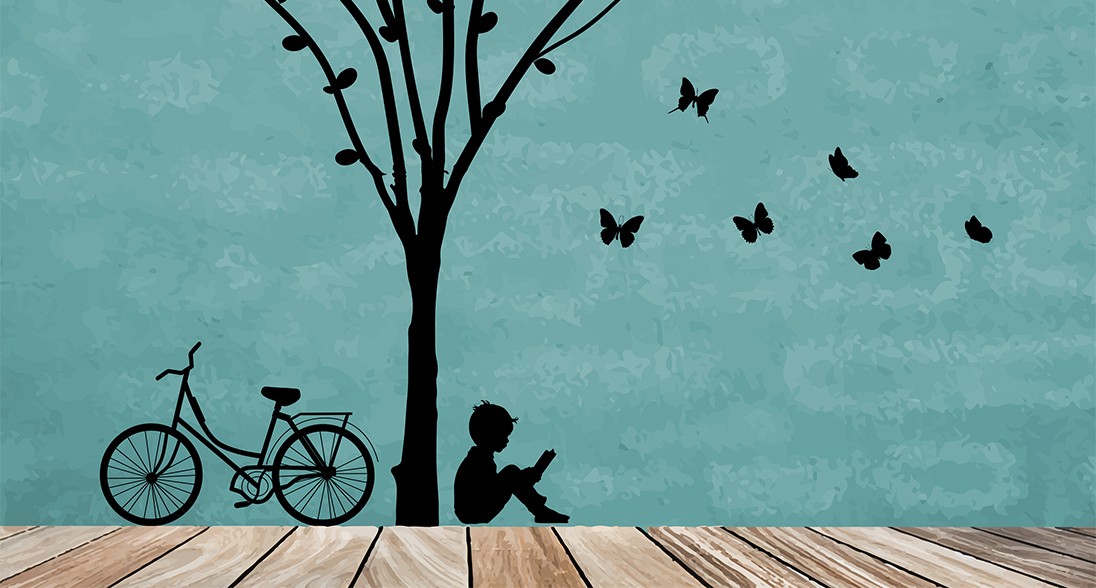 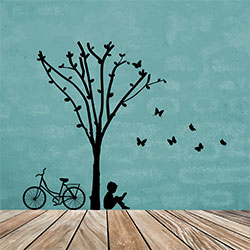 It’s back! The San Diego Jewish Book Fair will return to this year for the 20th annual program Nov. 8-10 at Temple Solel and Nov. 13-16 at the Lawrence Family Jewish Community Center, bringing with it a new batch of authors and books to keep you busy in the coming months. As always, the selection committee has put together an exciting program of new and notable authors and programs with some long-loved favorites.

“In May, Amazon noted that San Diego is the most well-read city [in the U.S.]” Director of Literary Arts & Education, Marcia Tatz Wolner said.

“I think this bodes well for the San Diego Jewish Book Fair. We have many patrons of the arts in San Diego, and the book fair is seen as both a cultural event as well as a literary one. The fact that we have had this program for 20 years and that we have it at multiple venues shows that the interest in Jewish literature, Jewish culture and building Jewish community is on the rise.”

Wollner says this year some of the programming has been pumped up to increase the conversation around particular topics. For example, two author presentations will be accompanied by doctors who work in the respected fields of expertise in discussion.

“Our Rebecca Alexander program is a story of triumph over tragedy,” Wollner says, referencing one such program.

Alexander’s book, Not Fade Away: A Memoir of Senses Lost and Found details the author’s life with Ascher Syndrome. The disease has left her almost completely blind and deaf. A tragic accident at age 18 left her body completely shattered, though she has since recovered.

“In the meantime, she is also a psychotherapist with two Masters’ degrees from Columbia, an extreme athlete and a spin instructor,” Wollner says. “So, we really have these two ends that work together, and we will have a doctor that specializes in Asher Syndrome in conversation with her. I think that it will be an interesting and inspiring discussion.

In a similar program, author Randy Susan Myers, book fair alumni and San Diego favorite (Myers has been a previous guest of JFS’s Project SARAH) will present her latest work, Accidents of Marriage, which tells the story of a marriage in crisis when domestic violence takes a toll on the husband, wife and their 14-year-old daughter. Meyers will present alongside David B. Wexler, PhD.; a clinical psychologist specializing in the treatment of relationships in conflict.

The cornerstone event at this year’s book fair will undoubtedly be Eddie Shapiro’s reading and discussion of Nothing Like a Dame: Conversations With the Great Women of Musical Theater on Saturday, Nov. 15. In Shapiro’s book, Chita Rivera, Carol Channing, Elaine Stritch, Patti Lupone and other iconic leading women share memories of life on Broadway.

The event is also a great chance to celebrate the book fair’s journey over the last 20 years.

“It just so happens that all of our past book fair chairs have been women, so Nothing Like a Dame fits in for that sentiment, and there will be something really nice and special that we will do to honor these women on that evening and during the discussion of the book,” Wollner says.

“That night is going to be the ‘splash’ for the book fair because right before that, we will host the Underwriter’s reception, and immediately following Nothing Like a Dame, our In The Mix crowd will host their book fair program.”

In the Mix will feature Matthew Hickstien’s Slimed: An Oral History of Nickelodeon’s Golden Age for members of the community in their 20s, 30s and 40s, who undoubtedly watched the kids television network and its infamous slime-ing of guests growing up.

“I think it is going to be really fun, and [Hickstien] is bringing a few guests with him who will add to the really fun event where we will discuss Nickelodeon and the back stories behind the programs at Nickelodeon.”

But will there be slime? Wollner won’t confirm or deny the presence of the green goo ubiquitous with the television network, but says she has researched the recipe.

“I have looked up the recipe, so I know how to make it,” she says, “but I can’t say for sure that there will be any sliming of our guests or presenters—yet.”

Nickelodeon is not the only television channel to take center stage at the book fair this year. Journalist and Food Network aficionado Allan Salkin takes us behind the scenes of the now iconic station synonymous with all things food. In From Scratch: Inside the Food Network, Salkin details the 20-year history of the station that launched the careers of some of our favorite tastemakers.

A panel featuring UT San Diego’s Dining and Lifestyle Reporter Michele Parente and eater.com blogger Candice Woo will follow Salkin’s discussion at 4 p.m. Sunday, Nov. 16. Panels, Wolner says, contribute to the book fair’s programming by getting more of the community engaged and excited about an event, which is why there are so many this year.

“We just want to try and get people here,” she says. “We have sports, we have Israel, we have something for veterans and something holocaust related, and because the book fair always spans the time surrounding Kristallnacht and Veteran’s Day we always commemorate those dates.”

For the first time, the book fair will travel to the North County Jewish Hub for the discussion of Citizen Farmers: The Biodynamic Way to Grow Healthy Food, Build Thriving Communities, and Give Back to the Earth, written by none other than The Ranch’s own Daron Joffe. Joffe, also known as “Farmer D,” is an expert in self-reliant farming and the sustainable food movement. Born in South Africa and later raised in Georgia, he is the founder and president of Farmer D Organics and the nonprofit Gan Chaim community-supported farming project. In April 2014, he became The Ranch’s Development Director, and is largely responsible for the creation of the Jewish community farm and other farming projects. Following the program on Wednesday, Nov. 12, participants can take a tour of The Ranch in Encinitas.

In a major coup this year, Rabbi David Wolpe, hailed by Newsweek as “the most influential rabbi in America,” spiritual leader of the Sinai Temple in Los Angeles, a public speaker who has appeared on The Today Show and Face the Nation, and a leader of Conservative Judaism will speak at 7:30 p.m. on Thursday, Nov. 13. The Adult Education Center-sponsored event will be an engaging evening for all in attendance. In David: The Divided Heart, Wolpe explores the story of King David with fresh eyes.

“As with all the programs and authors this year and every year, we always try and have a balance between those people who are big names and have a following here, while at the same time having the debut authors as well,” Wollner said of this year’s diverse and eclectic mix of presentations.

“Ari Shavit is the hot speaker this year, and he was just at an AIPAC event in town. Although his book, My Promised Land was released almost a year ago, he is still one of the most influential journalists writing about Israel.

“I’m sure besides talking about his book, he will probably be talking about what is going on at the time [of his presentation] in Israel. It’s a really important thing for us to have someone give an insider’s perspective on what’s happening in Israel, and his book has gotten rave reviews, so we are very excited that he will be here.”

Shavit will speak at the Murray and Zelda Goodman Memorial Lecture, 7:30 p.m. on Monday, Nov. 10.

Local authors take the stage this year in different ways, too. Former book fair director Jackie Gmach, along with Hillary Selese Liber have penned From Bomboloni to Bagel: A Story of Two Worlds; a memoir of sorts about growing up in Europe and North Africa, then moving to Israel and finally settling in North America. Both women will be on hand at 2 p.m., Tuesday, Nov. 13.

“Especially since this is our 20th anniversary, I think it is nice to be able to honor local authors at the book fair,” Wollner says. “It brings everything together for us.

“We always have local authors sell their books whether or not they are presenting, but this year we took a page from the Comicon playbook, and will be hosting about 12 local authors for signings throughout the week, both at the JCC and at Temple Solel.

“This gives them the opportunity to have a more informal conversation with attendees about their book, sign and sell their books. It gives the authors a little more presence and honors them as a local author. Some may be on the Jewish Book Council circuit, but some are not, and we are excited to see how this new programming is received.”

Diverse programming, engaging speakers and exciting new works make the book fair a must for any bibliophile, but attention to detail make the program exciting for all.

“This is a big year for the JCC. There is a lot going on. We just had our 10th annual Yom Limmud, this will be the 20th annual Book Fair and next up, we will have the 25th annual Film Festival, so it’s great to have been around for such a long time, and to be so successful at what we do.

Family day at the Jewish Book Fair always brings in a couple hundred families and children. Family day is always free and always a great way to promote literacy to young readers. Join other families at the JCC on Sunday Nov. 16 to celebrate.

10 a .m.-1 p.m.
Children’s books store and Book Nook open
Spend some quiet time with your child and read a book!

11 a.m.-1 p.m.
On Stage:
-Diane Rauchwerger: Dinosaur Goes to Israel
-On the Town and As One J*Company’s singing ambassador troupes perform musical selections
-Caryn Yacowitz: I know an Old Lady who Swallowed a Dreidel

Can Hillel and ‘Open Hillel’ smooth out their differences on Israel guidelines?